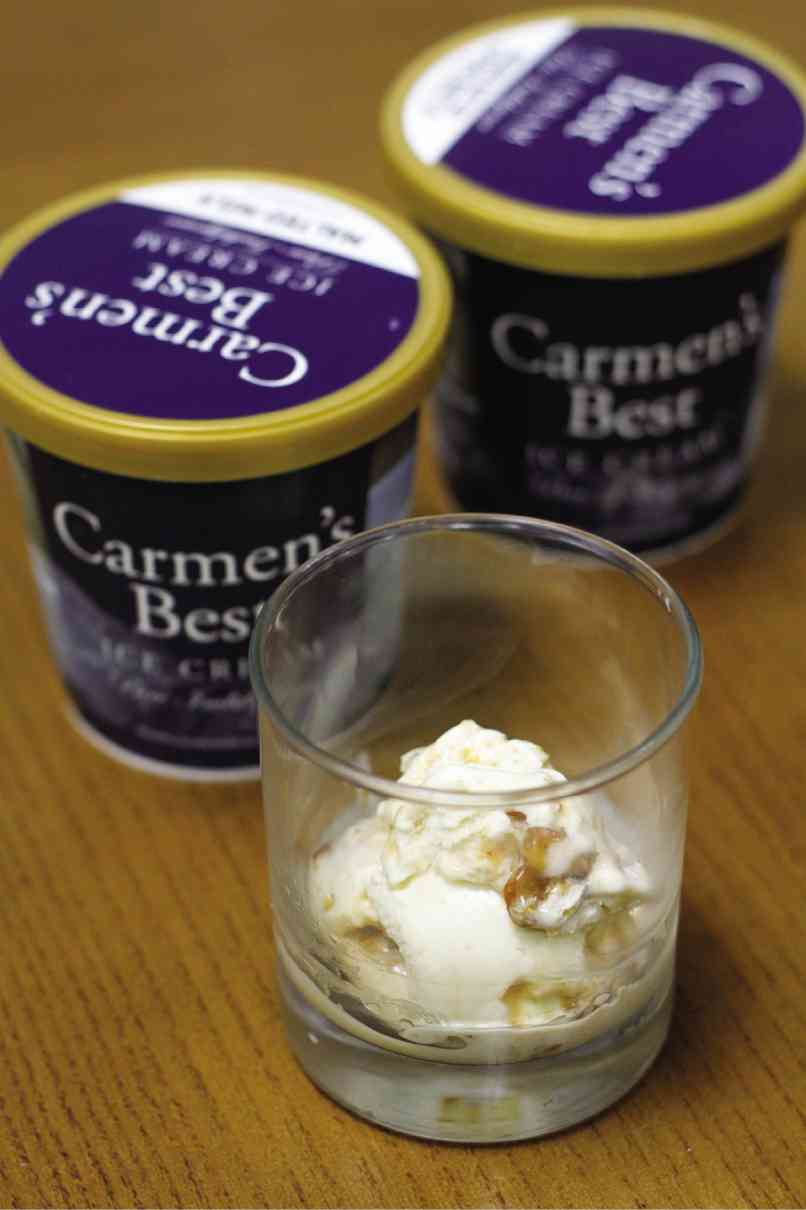 The ice cream that pleased the Pope

When Philippine Airlines asked him last December if he could supply Carmen’s Best Ice Cream, Paco Magsaysay thought, why not? After all, he had previously provided the airline with ice cream for chartered flights when President Benigno Aquino III would be onboard. Carmen’s Best was by then a brand that PAL was familiar with.

In early January, Magsaysay received another call from PAL, this time asking him to supply 280 packs of single-serve ice cream. He then prepared 140 single serves of malted milk flavor and 140 of brown butter almond brittle. Feeling generous, he rounded up the order to 300, adding 20 packs of pistachio ice cream.

Little did he know that his ice cream would be brought onboard the plane that would fly Pope Francis back to Rome after his papal visit to the Philippines—and actually be served to His Holiness. When Magsaysay found out that the Pope had tasted, in fact, finished two servings of Carmen’s Best Ice Cream, Magsaysay was floored.

“Just the idea of the Pope touching the cup of ice cream and eating it!” Magsaysay exclaimed.

But even before Carmen’s Best went onboard the papal plane, some members of the Vatican had already tasted it. A few days earlier, Magsaysay’s cousin, Brother Michael Valenzuela, FSC—who’s on the board of some La Salle schools and is institutional animator at College of St. Benilde—had asked him to supply ice cream to the papal entourage and the Swiss guards who were billeted in Hotel Benilde (owned and operated by De La Salle).

Paco obliged with 30 free pints of his most popular flavors; reports have it that the papal entourage loved the ice cream.

Perhaps no other ice cream deserves such a high honor as to be served to His Holiness. Carmen’s Best, after all, is to ice cream what Kobe beef is to steak—the highest grade, the most luxurious, the most coveted.

Where other brands use UHT processed milk, Carmen’s Best is made only from pure fresh cow’s milk and cream sourced directly from the family’s dairy farm. There’s also no air pumped into it, and no water and chemicals added.

The word tipid (scrimp) is alien to the makers of Carmen’s Best. For vanilla, only the finest vanilla beans from Madagascar are used. The pistachios come from Sicily, the malted milk from England, the chocolate from Switzerland. If the flavor includes almonds, there is sure to be an abundance of almonds in every tub.

The result is ice cream that’s dense and creamy, with no rough edges. Every spoonful has a roundness, like a fluid, well-rehearsed symphony that starts and ends seamlessly.

The brand has certainly come a long way from its humble beginnings in 2011, when Magsaysay first dabbled in ice-cream-making. At first he only wanted to maximize the milk production in the dairy farm of his father, former Senator Jun Magsaysay (son of the late, beloved President Ramon Magsaysay). Using a small ice cream machine, he began with three basic flavors: vanilla, chocolate and strawberry. When the ice cream turned out good, he realized he could do something more and began expanding his production and experimenting with other flavors.

Magsaysay’s first customers were his neighbors in Alabang. But word soon spread about this artisanal ice cream that was so lush and velvety it was unlike any other ice cream in the market. To fill customers’ needs, he established pickup points in Alabang and Makati, aside from making customized ice cream for special orders.

To update his skills, in 2013 he took the Ice Cream Short Course in Penn State University—and finished with the top prize, the Keeney Award.

Today, Paco continues to raise the bar in ice cream production. Strict food safety measures are observed, and fresh milk and cream continue to be the prime components that give the ice cream an incredibly rich texture and mouth feel.

Magsaysay says he even monitors the food the cows eat because it affects their milk production. And though he knows he has sufficient milk supply because of his father’s farm, he is honorable enough to pay the proper market rate and keep his payments updated.

From the three basic flavors, Carmen’s Best now comes in 40 flavors that include both the traditional and unconventional: from pistachio almond fudge to baklava; from salted caramel to Brazilian coffee; from cookie dough to Nuts About You, a maple-based ice cream with pecans, walnuts and almonds.

Likewise, from two pickup points, the distribution has expanded to include major supermarkets such as Rustan’s and Puregold. He’s also thinking of exporting to Southeast Asian countries soon.

Awards and recognition aside, Paco uses Carmen’s Best not just to make the best ice cream in the market but also to continue the Magsaysay legacy of giving to the community and helping others. Since starting operations in 2011, the company has been donating part of its proceeds to the PGH Medical Foundation. Today, its contribution has reached P100,000.

Pope Francis will surely be pleased.