‘Singin’ In The Rain’ splashes into Manila this August | Lifestyle.INQ ❮ ❯ 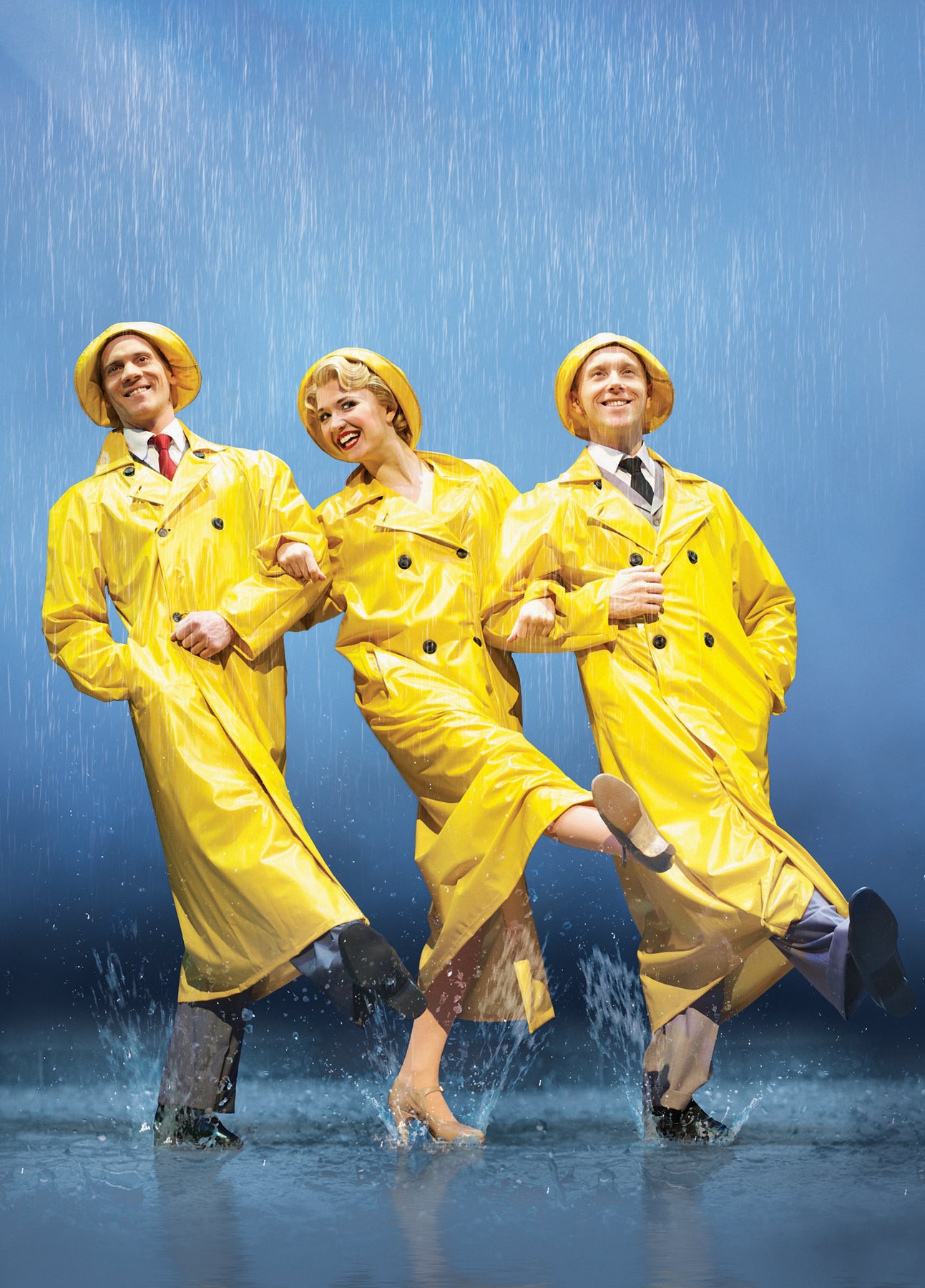 A scene from “Singin’ In The Rain”. CONTRIBUTED IMAGE

‘Singin’ In The Rain’ splashes into Manila this August

MANILA, Philippines—From the producers of the box office triumphs “Cats,” “Mamma Mia,” “The Phantom of the Opera” and “Wicked,” comes another critically acclaimed production, from London’s West End – the ever-popular musical “Singin’ In The Rain.” Presented in Manila by Visa, “Singin’ In The Rain” will open on August 20 and play for a strictly limited season at The Theatre at Solaire.

Great news for all Visa cardholders! Advance tickets with a 10% discount will be available during the Visa

Entertainment presale for all Visa credit, debit, and prepaid cardholders from March 2 until April 12 or until tickets are sold out at www.visa.com.ph

Making a splash from the moment it premiered, this sensational production of SINGIN’ IN THE RAIN extended its run at the Chichester Festival Theatre in the UK due to unprecedented public demand, before transferring to the famous Palace Theatre in London in 2012.

Now, after a sell-out West End season, unparalleled praise from critics and audiences alike, four Olivier Award nominations, and a major UK tour, “Singin’ In The Rain” is set to delight Philippine audiences.

Set in 1927, it tells the story, made famous by Gene Kelly and Debbie Reynolds in the iconic 1952 MGM movie, of the first Hollywood musical, when the silver screen found its voice and left silent movies – and some of its stars – behind.

This spectacular production is packed full of the charm, romance, comedy and Tinseltown glamour of one of the world’s best-loved movies and features all the songs from the glorious MGM score including “Good Morning,” “Make ‘em Laugh,” “Moses Supposes” and the classic “Singin’ in the Rain.”

The movie’s iconic choreography is flawlessly recreated, and with the help of 12,000 liters of water, the audience can enjoy one of the most famous dance routines live on stage, with some leaving the theatre a little wetter than when they arrived!

Presenter and CEO of Lunchbox Theatrical Productions, James Cundall says, “This production of ‘Singin’ In The Rain’ was one of the hottest tickets in the West End during its run, and I’m sure it will generate the same buzz in the Philippines. I am absolutely delighted to have the opportunity to bring one of my favorite musicals to Manila audiences – this show is a winner because it sends people out of the theatre in the happiest of moods!”

“The movie ‘Singin’ in the Rain’ is arguably the greatest Hollywood musical ever made because of the incredible range and complexity of its song and dance numbers,” says Mr Cundall. “To see these performed live on a theatre stage is a breath-taking experience. The rain scene is just about everyone’s favourite screen musical moment – and on a theatre stage it is awesome and has to be seen to be believed!”

Co-presenter Paul Dainty, Executive Chairman of Dainty Group, says, “’Singin’ in the Rain’ is the most brilliant comedy about the film industry. Egomaniac stars, monstrous film moguls, fickle fans, classic ‘golden-era’ choreography and slapstick comedies are all brilliantly included. There are floods of laughter and a drenching of big, colorful and remarkable musical numbers.”

To achieve the famous “Singin’ In The Rain” scene, the production uses half a mile of flexible pipe work, a 10 tonne water tank and a water system that creates a downpour from above as well as flooding from below the stage, in total ‘raining’ (and recycling) more than 12,000 litres of water per performance.

Leading the cast of 27 as the charming Don Lockwood is Grant Almirall, a seasoned star of musicals who recently triumphed in the role of Frankie Valli in Jersey Boys. Musical star Bethany Dickson, who has recently wowed audiences across China, New Zealand and Singapore with her performance as Maria in “The Sound of Music,” returns to the stage as the aspiring actress Kathy Selden.

Don Lockwood is a silent movie star with everything he could want – fame, adulation and a well-publicized ‘romance’ with his co-star Lina Lamont. But Hollywood is about to change forever. There is rumour in the studio of a new kind of film, where the actors actually talk…and sing…and dance. Can Don and the uniquely voiced Lina make the transition and will chorus girl Kathy Selden fulfil her dream of stardom and capture Don’s heart along the way?

With high-energy choreography, sumptuous set design and costumes, a superb score and a joyous story, “Singin’ In The Rain” showers you with everything you could wish for in a hit musical.