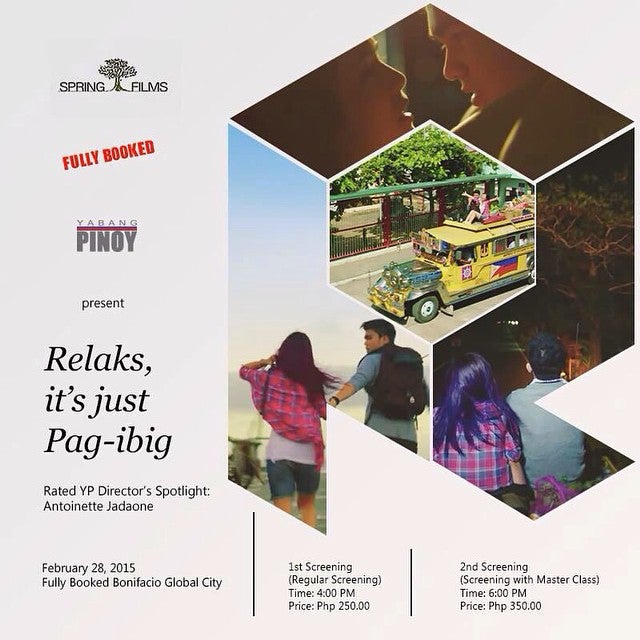 Many fans of “That Thing Called Tadhana” have made it their mission to watch the other films of its writer-director, Antoinette Jadaone.

Spring Films, Yabang Pinoy and Fully Booked give you the chance to do exactly that tomorrow, Feb. 28, as they hold two screenings of “Relaks, It’s Just Pag-Ibig,” at Fully Booked Bonifacio High Street, Taguig.

There will be two screenings, 4 p.m. and 6 p.m. The 6 p.m. screening will also have a master class with Antoinette.

We asked her what she wanted to tell “Tadhana’s” fans about “Relaks,” and she said, “Mace (played by Alessandra de Rossi here) also makes a ‘cameo’ appearance in ‘Relaks’! Mas may angst siya rito!”