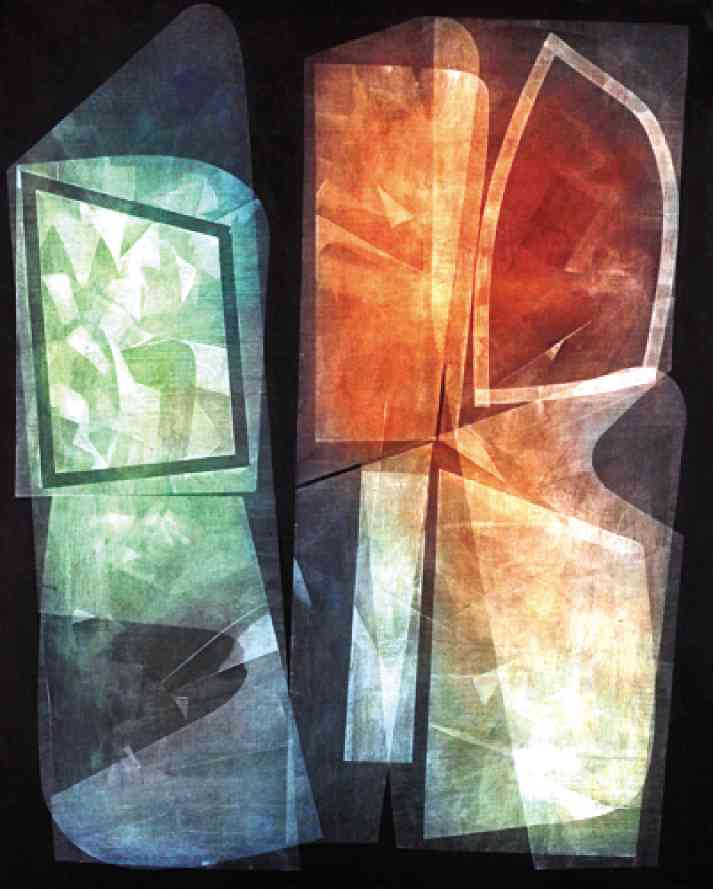 Leon Gallery’s first regular auction for the new year posted a very impressive turnout with 100 percent of the 147 pieces of artworks, antiques and objets d’art sold.

The auction, a portion of whose proceeds will go to the Asian Cultural Council’s (ACC) grant giving program, saw numerous world records for the artists set.

Romulo Olazo set for himself a new world record with the sale of his 1980 oil on canvas. “Diaphanous” B-XXXVII. It was sold for P3.5 million.

The painting bears “overlapping curvilinear shapes neatly applied to the canvas one layer at a time, producing a delicately intricate blend of subtle gossamer layers.”

Meanwhile, Marcel Antonio’s untitled screen—which was sold for P817,000—is the artist’s most valuable artwork to date.

media on canvas, “Inbetweens of Between.” The artworks were bought for P642,400 apiece.

National Artist Benedicto “Bencab” Cabrera once again garnered the highest bid for his untitled work, signed and dated 1999, which was sold for P15.8 million. An acrylic on canvas, the artwork depicts an oriental couple seemingly engaged in some martial art discipline.

Anita Magsaysay-Ho’s 1970 oil on canvas “Baskets III” was auctioned off at P11.7 million. Although one of the original Moderns, Magsaysay-Ho’s work showed the influence of Amorsolo in choice of subject and in treatment of light and color.

Another remarkable piece was National Artist Hernando R. Ocampo’s 1973 oil on canvas “A Sonato for September,” a grand example of the artist’s abstractions of interlocking shapes, forming a complex configuration. It garnered a bid of P10.5 million.

Two noteworthy pieces were Amorsolo’s 1935 oil on canvas “Lavandera.” and Legaspi’s 1951 oil on canvas, “Ritual.” Both were sold for P6.4 million.

Meanwhile, Joya’s 1979 acrylic on canvas, “Karma,” and Manansala’s 1953 oil on masonite board were sold for P5.14 million apiece. Another piece by Manansala, “Still Life,” was bought for P4.9 millon.

For the furniture, the Santos-Joven-Panlilio Sheraton Sideboard, which was the stand out in the auction, was sold for P4.4 million.

The Florendo Cabinet, made with beautifully grained narra planks with exceptional joinery, was sold for P175,200.

One of the highlights in the auction was the Ivory Crucifix with Silver Cross, which bears kamagong and silver materials. It was sold for P1.4 million.

Established in 1963, ACC supports “transformative cultural exchange” by awarding grants to artists, scholars, and arts and humanities professionals, as well as organizations and educational institutions from United States and Asia for research, study and creative work.