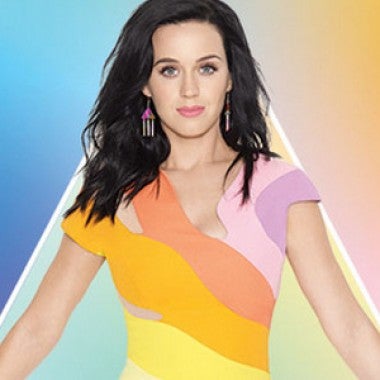 Here’s an updated list of concerts to look forward to in the first half of 2015:

Kicking off the pre-summer storm of concerts are English singer-songwriter Ed Sheeran and alternative band Incubus, who will be holding back-to-back shows at the SM Mall of Asia (MOA) Arena on March 12 and 13, respectively.

Sheeran’s first Manila concert is the third in a series of “British Invasion” concerts mounted by Music Management International (MMI), following the recently concluded shows by The 1975 and The Vamps. The ginger-haired superstar behind bestselling albums “+” and “x” is set to bring his sold-out tour to Manila, followed by One Direction’s two-night concert on March 21-22.

Meanwhile, Incubus will be holding its fourth gig in the country (its last one was held in 2011). Having just inked a record deal with Island Records in December and with two EPs reportedly in the works, Brandon Boyd and the boys may just have a new bunch of tunes to play for their hard-core Filipino fans.

We can also expect more female pop powerhouses this summer.

British up-and-comer Charli XCX, whose singles “Boom Clap” and “Fancy” (her collab work with Iggy Azalea) have been ruling the airwaves of late, will be headlining her own concert on April 18 at the Samsung Hall in SM Aura, Taguig. Her first-ever Manila show is mounted by Vybe Productions.

Wilbros Live will be bringing back Demi Lovato for her second Manila concert on April 30 at the MOA Arena. Having spent most of 2014 touring the globe for her eponymous fourth album, the “Heart Attack” singer will be holding shows in Australia and New Zealand before heading to our shores.

What’s a summer gimmick without a music festival or two?

For beach-loving musicphiles, there’s the fifth installment of Malasimbo Music & Arts Festival, a double-weekend event scheduled on March 6-8 and 13-15 at Puerto Galera, Oriental Mindoro. For Weekend 1, reggae music scions Ky-Mani Marley and Taylor McFerrin, plus legendary funk/jazz ensemble Fred Wesley and the New JBs, head the lineup. For Weekend 2, dance and light shows will be the main highlights; an estimated 35 visual artists will also be featured in celebration of Malasimbo’s fifth anniversary. Tickets are available at TicketWorld outlets, and A Space Manila at Legaspi Street, Makati, or check out Malasimbo’s Facebook page.

The high school and college crowd can visit their favorite sonic playground smack in the middle of summer vacation. American hip-hop artist Kid Cudi and rock band Augustana will be headlining Wanderland2015, which happens on April 25 at the Globe Circuit Events Grounds in Makati City. The music festival also marks the official return of local band Hale to the concert scene.

The concert mayhem ensues with a “Best of Best” K-pop concert featuring Super Junior, SNSD/Girls Generation, BTOB, and Red Velvet, to be held April 12 at the Philippine Arena.

Meanwhile, Irish rock trio The Script comes back for their third Manila concert on April 17 at the MOA Arena.

We hope you’ve cleared your schedules for the first few days of May, as more acts have recently joined the Manila concert fray.

After their joint blast-from-the-past concert with New Kids on the Block in 2012, the Backstreet Boys (yes, including Kevin Richardson) will be holding their own concert on May 5 at MOA Arena. More returning visitors include recent Superbowl performer Katy Perry, who will bring her “Prismatic” world tour to the Philippine Arena on May 7, and electropop artist Adam Young (aka Owl City), who will hold a free show at Bonifacio High Street Central Plaza on May 8. Wrapping up the action-packed week (and MMI’s “British Invasion” series) is breakthrough artist and four-time Grammy Award winner Sam Smith, whose sold-out Manila show will happen on May 10 at the MOA Arena.

It’s a long way off, but you might want to save the date (and some money) for Maroon 5’s fourth concert in the country at the MOA Arena on Sept. 17.

Stay tuned for more concert announcements in the coming weeks.