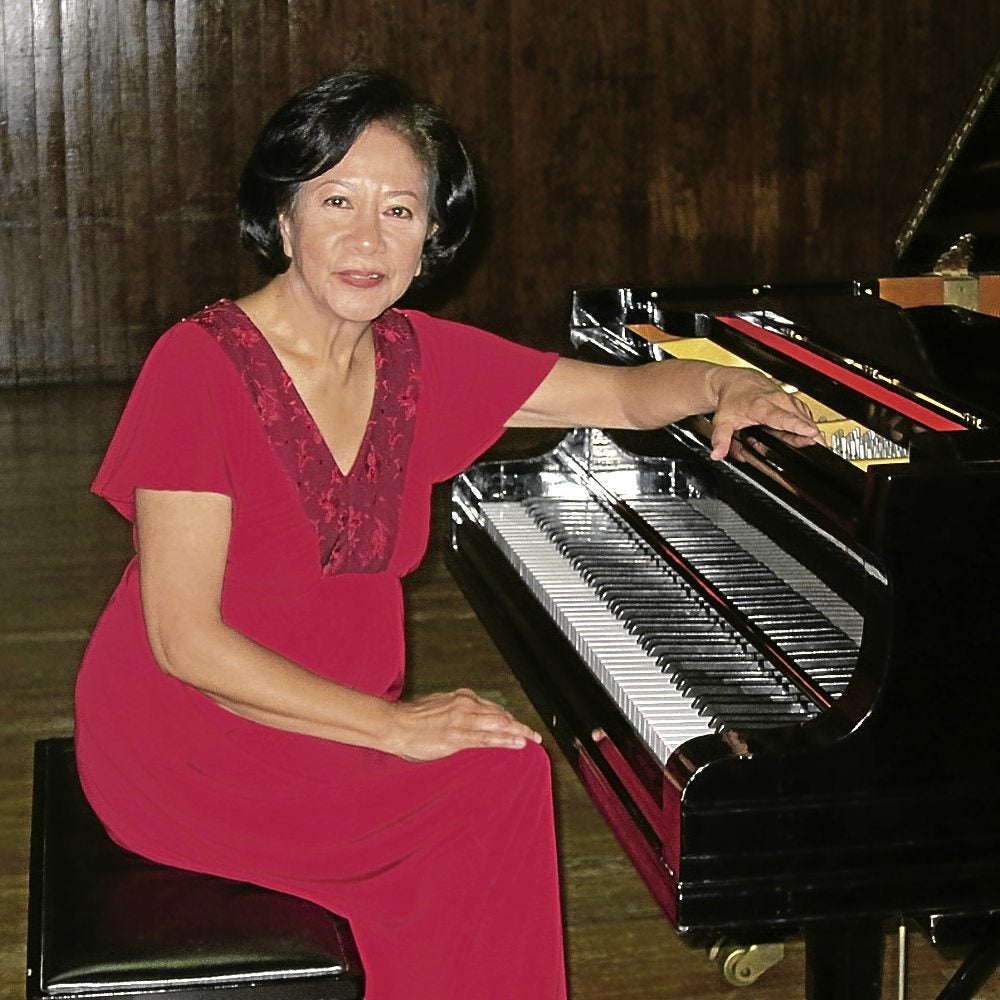 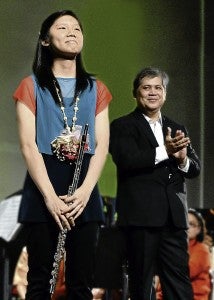 It was quite a feat for Aspiras, now a septuagenarian, to have played adeptly with astounding ease, disclosing coherence and brilliance in essaying contrasting works of two great piano composers, Johannes Brahms and Frederick Chopin. She played with great fidelity to the composers’ contrasting stylistic nuances.

A pianist of the Old School, she plays without histrionics. She cut a solid presence on the piano, and let the fingers do the work to carve out tones that sing rather than is being forced out.

Intelligently, she annotated pieces she played to the point, and enjoined the listeners to listen rather than look at what she would be doing on the keyboard. Truly, she underscored the truism “Music is for ears, not the eyes; it is aural rather than visual.”

The choice of the program was discriminating. It was a contrast of the solid, the grand and the poetic beauty which Brahms’ and Chopin’s music exemplify, respectively. At the same time, it pointed out similarity of shared artistry.

In the opening number, Aspiras let the left hand alone do the work in Brahms’ transcription of Bach’s “Chaconne” from Partita No. 2 for solo violin. Clearly, she dished out both melody and the accompaniment at the same time, and brought out the melancholic strains of the piece with such ardor, without appearing as a stunt.

Earlier, she played this at Tanghalang Pasigueño in Pasig City, in a concert held in honor of her friend, the late violinist Carmencita Lozada, who had particular liking for this piece and thus making it one of her favorite pieces for the violin.

Immediately, Aspiras engaged the attention of the audience. In the Brahms sonata that followed, the Sonata in F-Sharp Minor, No. 2, she was in full command, rendering the entire work with fiery sensitivity.

She harnessed her power to bring out the towering grandeur of the piece. The octaves in the first movement; the warmth of the second movement; the playful passages of the third, which called for big tones; and the rousing finale, she essayed with such finesse and integrity.

She prefaced her playing by telling the audience to enjoy Chopin’s music while she “suffers,” drawing muffled laughter. She etched exquisite lines, showed astounding control of tone, and let it sing freely. She played with the intellect that tempered the sentiment, keeping in mind Chopin’s admonition not to execute misplaced rubatos, or forced accents, to dramatize the work. 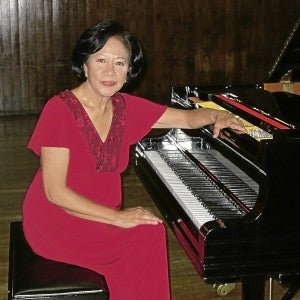 In short, her playing had a solid cerebral grounding instead of relying purely on naive intuition, with the mind tempering the heart.

Indeed, Aspiras is a grand dame of elegant pianism.

Toast of the concert

Young flutist Caitlin Coyiuto was the toast of the concert.

In keeping with the generally “new sound,” she closed the first part of the program with a performance of the French composer Georges Hue’s  “Fantasie” for flute and orchestra. Cast in an Impressionist style, the piece Coyiuto essayed with astounding command. She essayed a dynamic sound and etched rich colors.

Her articulation was clear, intonation perfect, and lyricism soared. She held the audience in her palm, so to speak, as they listened attentively.

Indeed, what a tremendous audience impact she had imparted. Majesty and brilliance combined to crown her triumphant performance, which was met with hearty applause at the end.

Brahms’ Concerto No. 1 for Piano and Orchestra in D Minor, Op. 15, with Lucy Magalit on the piano, capped the evening’s presentation. Magalit showed much stamina on the work, playing in close rapport with Josefino “Chino” Toledo.