How to self-publish–and share your writings | Inquirer Lifestyle ❮ ❯ 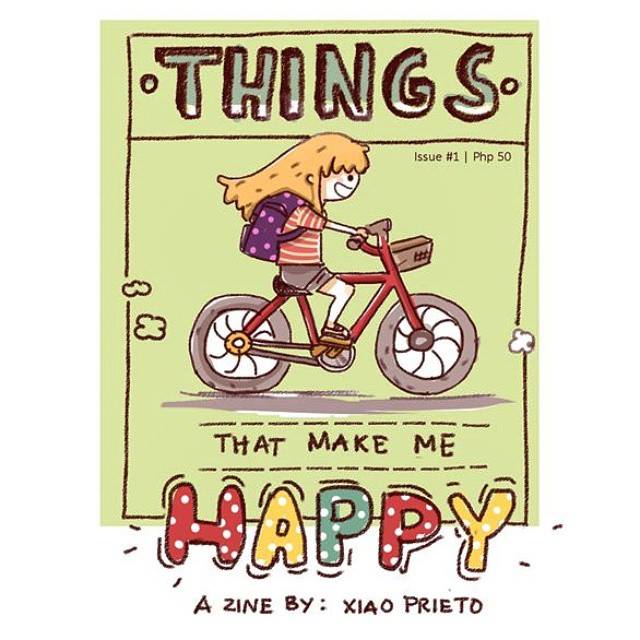 A SELF-PUBLISHED zine by Xiao Prieto

Given the clutter in social media, sifting through a lot of fluff to find voices and ideas that really matter becomes increasingly difficult.

Founded six years ago, BLTX has been empowering young artists and budding writers to get their work out there, whether in small, handwritten and loosely bound notes or elaborately printed or photocopied saddle-stitched minimagazines.

BLTX cofounders Adam David and Chingbee Cruz believe that this kind of press expo enlivens the local small publishing community by providing time, space and knowledge to develop writers, to turn them into “nuanced artisans” from just being “mere dabblers.”

In his talk before De La Salle University students earlier this year, Adam said that the idea of self-publishing has “always been with us, or at least has been with us in the Philippines for at least 200 years.”

“BLTX is also founded on the notion that there is no one way to practice art, that each and every participant in the project has his or her own particular artistic practice,” said Adam.

He added that “each participant’s artistic practice is potentially helpful to everyone else’s.”

BLTX Davao co-organizer Angely Chi, who witnessed the amazing turnout in the Davao leg of the event, said that self-publishing enables young writers to make their voices matter.

“BLTX has been successfully held in Manila since 2010, gathering independent publishers and creatives in and out of Metro Manila and fostering a growing small press community,” said Chi.

“By importing the event concept in Davao, we were able to provide a platform for independent and small publishers—including writers and artists who publish their own material—to reach a wider audience, and for readers to discover publications outside of mainstream circulation,” she added.

One of the exhibitors of BLTX was community startup Switotwins Inc. Its booth showcased a DIY zine written and illustrated by out-of-school youth from Barangay Mintal, Davao City; the publication was an output of a free workshop it held in the barangay.

“We wanted to introduce the idea of small press and do-it-yourself publications to the youth in barangays,” said Switotwins founders Glorypearl and Gloryrose Dy. “By doing a workshop on how to make an eight-page instructional, we wanted to show them that you can do so much with a piece of paper.”

“Unsaon Paghimo ug Chili Dynamite” (How to Make a Chili Dynamite), a zine about how to make a spicy spring roll snack, sold out at the Davao leg of BLTX.

Other notable handwritten products that sold out were Xiao Prieto’s “Things That Make Me Happy,” Aidx Paredes’ notecards, and Juliana Hellmuth’s watercolor postcards.

During the event, there were also live art and music performances (a preview of an upcoming literature and multimedia event called Litorgy) and a couch talk with Mindanao Times editor Amalia Cabusao and Road Map series publisher Tita Lacambra-Ayala.

As the zines, postcards, notepads, stickers, bookmarks, mandala artworks and other handcrafted and handwritten oeuvres sold out in BLTX, it’s easy for anyone to see that there’s great potential in the power of words—especially when young artists collaborate and gather to celebrate art by putting ideas into print.