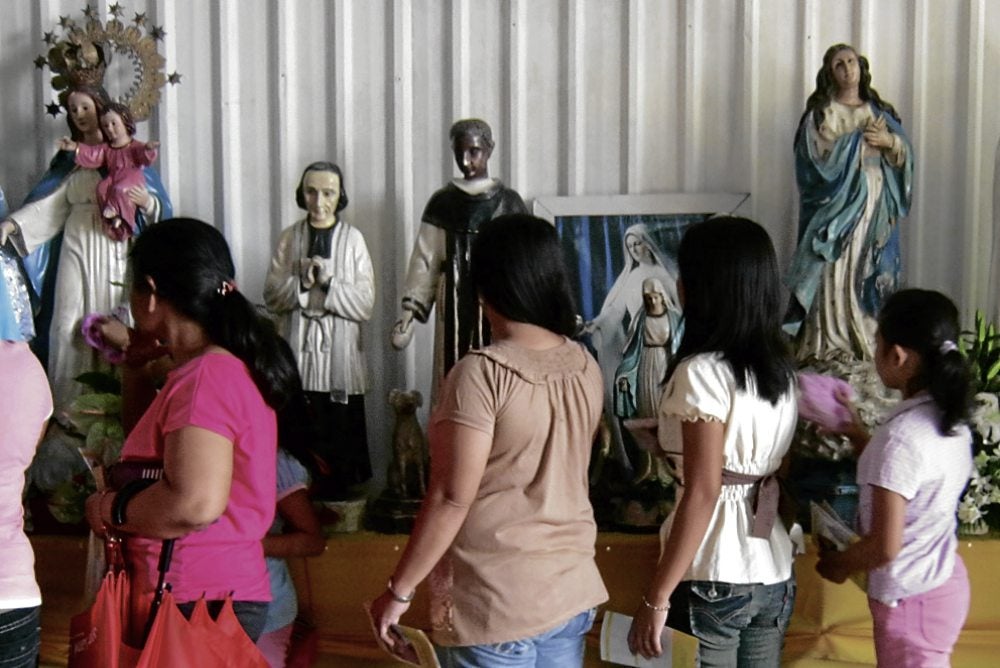 He may already be tired and bruised from visiting almost every home in Lian, Batangas, and neighboring towns, but his charisma, which endears him to the faithful, is far from fading.

Such is how Archbishop Ramon Arguelles of the Archdiocese of Lipa described Lian’s patron, St. John the Baptist, in his homily last Aug. 29 after the official declaration of the very first shrine of the Precursor of Christ.

The declaration was held at the Parish of St. John the Baptist, which now bears the title the Archdiocesan Shrine of St. John the Baptist. It is located at the back of the municipal hall of Lian and houses the old life-size image of San Juan Bautista (as the saint is locally known), which the community regards as miraculous.

However, the archbishop reminded devotees that the religious icon was still a representation, but stressed just the same that it stood for a person of high esteem. 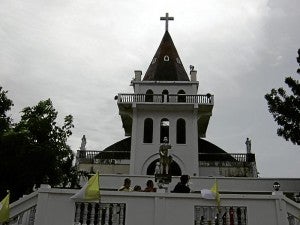 In Catholic theology, St. John the Baptist is the Precursor, the prophet who came before the Christ and paved the way for the Savior, even to the point of martyrdom. He upheld the truth even unto death.

Lian’s patron may be a layman but he is holy, Arguelles said. He added that St. John became a saint because he was a witness of truth and a defender of the law. Because he criticized King Herod for coveting even his brother Philip’s wife, he was beheaded.

With this, the archbishop urged members of the Church to emulate the ways and conviction of St. John in dealing with the propaganda against the Catholic faith, such as the controversy involving the “imaginary” Pajeros, he cited. 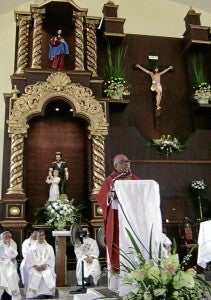 Locals cannot explain the origins of the icon. But one thing is sure, San Juan and his image have been wandering around Lian and its neighboring towns for a long time now. Even the older parishioners who frequent the church would tell, “Nandiyan na siya nang magkamulat kami” (He’s been there since we were born).

The stories of miracles the townsfolk tell deepen the mystery that is San Juan. One of the stories is about a huge fire that caught one of the larger buildings of Lian. It could have burned the surrounding houses, but the flames never touched the closest or adjacent structure; rather, they stayed perpendicular to the ground until the fire was contained.

On the site, an old man was seen going around the fire, reportedly preventing it to spread. It was believed to be San Juan.

To be sure, San Juan, being the protector of those who have faith in him and in his God, is not just a one-time hero. Good harvest, good health and even good grades in school are attributed to his intercession. This might be the reason why the faithful of Batangas deem it an honor and blessing to host Santuhan in their own homes.

Devotion overflows from the highlands to the coastline of Batangas, as what the books of the new shrine show—the list of families or individuals who have requested to sponsor the traditional religious affair. San Juan’s schedule is filled up until 2013.

Now that the image is to stay at the shrine, replicas have been made to accommodate the requests of the devotees as well as to continue the tradition of hosting the patron saint’s visitations.

Aside from taking the image into the homes of the devotees, Santuhan also includes the Rosario Cantada, which is sung in chorus by the townsfolk. 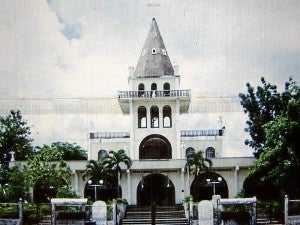 As early as 1807, Lian was already under a parish with an interino, Fr. Vicente Ponce Leon, according to extant documents in the Archdiocese of Manila. The church edifice was said to be a granary house, which was rebuilt by the Jesuits after the uprising in 1745. However, official sources declare, the chapel, which first stood in the present site of the new shrine, was only created in 1870.

Although the Jesuits then owned the land, attending to the spiritual needs of the locals were left to the native Filipino clergy that, since 1697 had administered Balayan, another town in Batangas.

The Church of St. John the Baptist underwent reconstruction and remodeling. In 1950, the old church was demolished, and on the same site rose a church with a more modern look. The new church underwent renovation two years ago. Reconstruction is still ongoing. 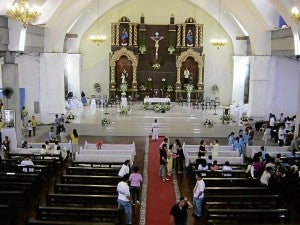 For Fr. Eriberto Cabrera, the parish priest of the new shrine which caters to at least a dozen barangays of Lian, the church needs to continue to guide and evangelize the people.

“Of course, the Church must be vigilant, for [the devotees] might fall into folk religiosity,” he stated in an e-mail.

“By reason of the special devotion to St. John the Baptist, our patron saint, we asked the approval of our archbishop for the declaration of the parish as an archdiocesan shrine,” Cabrera added.

He also explained that “at shrines, as our Canon Law puts it, the means of salvation are to be more abundantly made available to the faithful.”