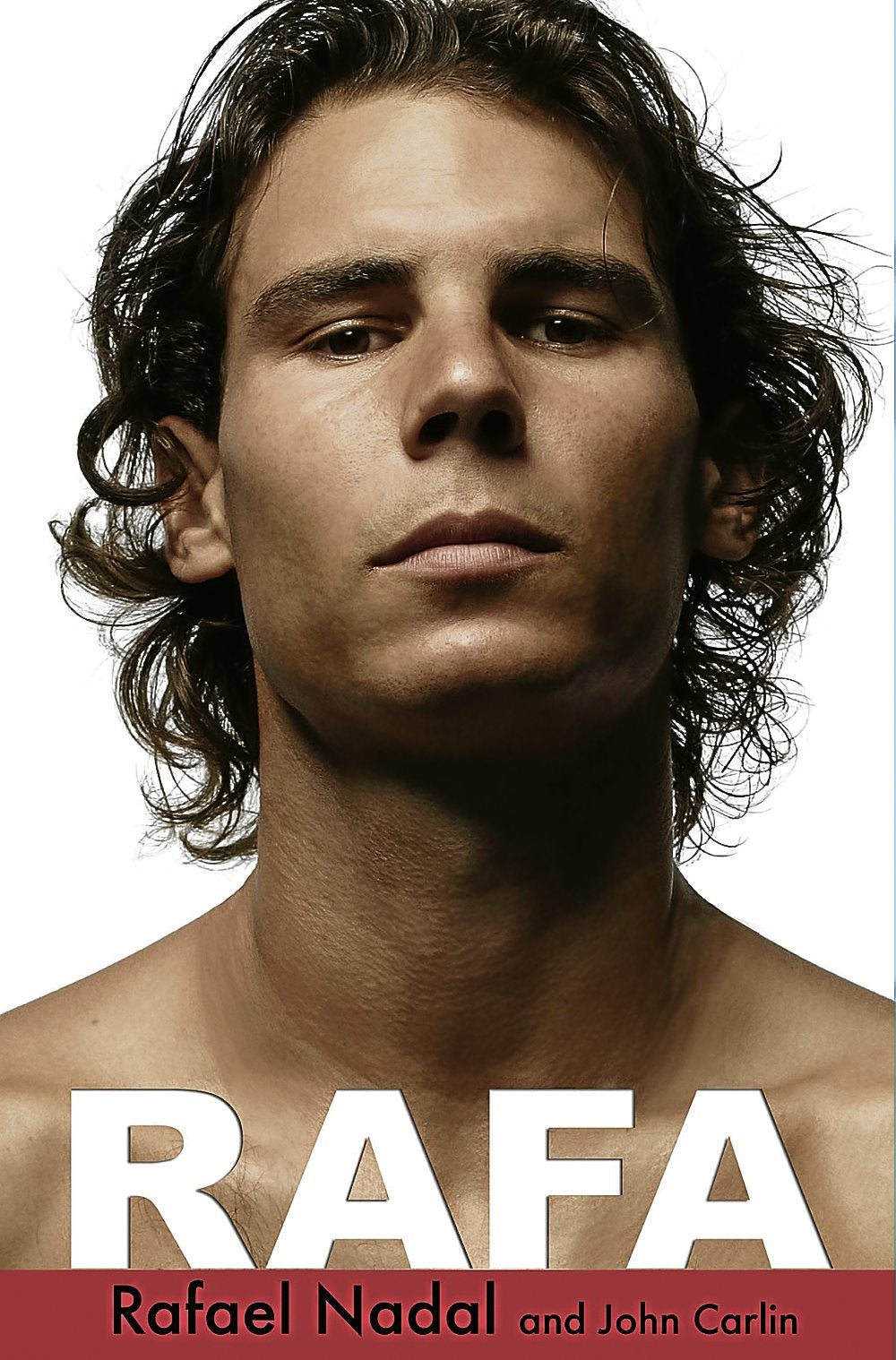 A Spanish bull on the tennis court named ‘Rafa’ Spain’s Rafael Nadal, at age 25, is already being considered as one of the best, if not the best, tennis player of all time. The argument is that, while Switzerland’s Roger Federer, the world’s No. 3, has 16 Grand Slam titles to his name, Nadal, who only has 10 so far leads his rival in head-to-head matches, 17-8.

Nadal also became the youngest player in the Open era to complete a career Grand Slam by winning the 2010 US Open, and he already has 46 career titles and a gold medal at the 2008 Olympics in Beijing.

Evidently, tennis experts and Nadal’s fans have a strong case for establishing the Spaniard as the GOAT or Greatest of All Time—albeit prematurely.

Equally impulsive is his memoir, which, during a press conference at the recent US Open, Nadal reveals he did not read before its publication. He’d rather wait for the Spanish version as the translated one may not have precisely expressed his true feelings.

But even without knowing this interesting fact, as a tennis fan, it didn’t take long for me to realize that I wasn’t really reading Nadal’s writings in the first-person narrative opening  each chapter. It didn’t feel like it was Nadal’s voice at all; I was hearing but a reflection of it. The metaphors and colorful wordplay are clearly writer John Carlin’s doing.

Carlin, whose book “Playing the Enemy: Nelson Mandela and the Game That Changed a Nation” inspired the 2009 film “Invictus,” not only ensured coherence in the player’s thoughts. He also served as a support to Nadal’s narration with his third-person voice (printed on newsprint to avoid confusion), providing sound bites from family, friends and the team.

Most prominent is Nadal’s uncle and coach Toni. Nadal is known for his very aggressive play that sees him chase after and return each and every ball within his physical capability. His mental toughness is also one of the best in the game.

He admits that a huge part of this is due to Toni, whose methods of pushing the player borders on mental cruelty.

When the young Nadal went to South Africa for the first time minus Toni and won a tournament there, his godmother arranged a party for him at his grandparents’ house.

But Nadal would not be given the opportunity to savor the victory as Toni intercepted him at the door and told him to go home. Soon afterward, Toni told Nadal that they couldn’t waste time and that they would start training at 9 a.m. the next day.

An indignant Nadal called Toni nuts and said he wouldn’t be going, but he was at their appointed meeting-place the next morning, exactly on time.

“He (Toni) was right, and, for all my outrage, I knew deep down he was right, too,” Nadal says in the book. “Once more, his purpose had been to avoid any prospect of me  ‘believing’ my successes, thinking they were worthy either of celebration or special dispensations from training.”

Even when he was just starting, Toni already saw that Nadal was somewhat of a tennis prodigy. But instead of filling Nadal’s head with adulations, Toni opted to do the extreme opposite.

After Toni was done teaching kids—Nadal included—tennis at a local club in Manacor on the island of Mallorca, he would tell his nephew to pick up all the balls by himself. And, to teach Nadal to endure, Toni would allow the boy to come close to victory, only to shatter what could have been a morale-boosting win by defeating him.

The dynamics between the two is an interesting one because, despite Toni’s cruel-to-be-kind approach, Nadal has repeatedly said that he loves his uncle and he probably wouldn’t have accomplished much without him.

Toni, meanwhile, comes across as a man who’s impossible to please and one who probably would be the last to give Nadal consolation. But Nadal gives us a peek into Toni’s softer side by describing the scene after his 2007 Wimbledon loss to Federer. (It is worth noting that Toni works with Iberostar Foundation, which helps in the social integration of children and disabled children from the Balearic Islands.)

“It is a measure of what a wreck I must have been that he (Toni) abandoned the habit of a lifetime and told me there was no reason to cry, that there would be more Wimbledons and more Wimbledon finals,” Nadal says. “I told him he didn’t understand, that this had probably been my last time here, my last chance to win it. I am very, very keenly aware of how short the life of a professional athlete is, and I cannot bear the thought of squandering an opportunity that might never come again.”

And it is this sort of fear that possibly pushed Nadal and his camp to come out with a memoir despite him being an active player still on the tour. The thought of Nadal retiring from tennis due to the physical wear and tear the schedule does to him is certainly not new for them, as shown in one chapter of the book.

At age 19, Nadal was diagnosed with a very rare bone irregularity that still haunts him to this day. Nadal considered it a very dark time in his life, and he would have probably turned to golf had they not found a solution and his tennis career were to be cut short.

But that was not to be, as, thanks to his parents Ana Maria and Sebastian, who had both been sensitive and kind to their son’s plight, Nadal was able to recover.

“I had come close to tennis death; I had stared the end of my career in the face, and the experience, awful as it had been, had made me stronger mentally, given me the wisdom to see that life—any life—is a race against time,” Nadal says.

For someone who has known only competition all his life, it is quite apparent now how and why Nadal is such a force in all surfaces of the tennis court. And again, this was reinforced by Carlin’s interviews with those close to Nadal.

Many times, however, it feels as if Carlin wrote this book like a PR piece as it becomes blatantly repetitive about how much of a warrior and an athlete the humble and mentally tough Nadal is.

Perhaps Nadal should have taken his cue from tennis great Andre Agassi whose autobiography “Open” was brutally honest and, despite Agassi’s description of tennis as his personal prison, was written in a light-hearted and funny tone.

Consecutive defeats to his other rival, Serbia’s Novak Djokovic, has Nadal considering parting ways with Toni,  even recently stating  that the time had come when he could answer back to his uncle and long-time coach.

The second half of his tennis career without Toni could mean that Nadal may start playing a little more loosely. The results could certainly make for an interesting comparison in his updated memoir when he is truly retired.

But then again, Nadal, being the man of habit that he is, could always just arrive for his training with Toni the next morning, exactly on time.

“Rafa” by Rafael Nadal and John Carlin is available at National Book Store.