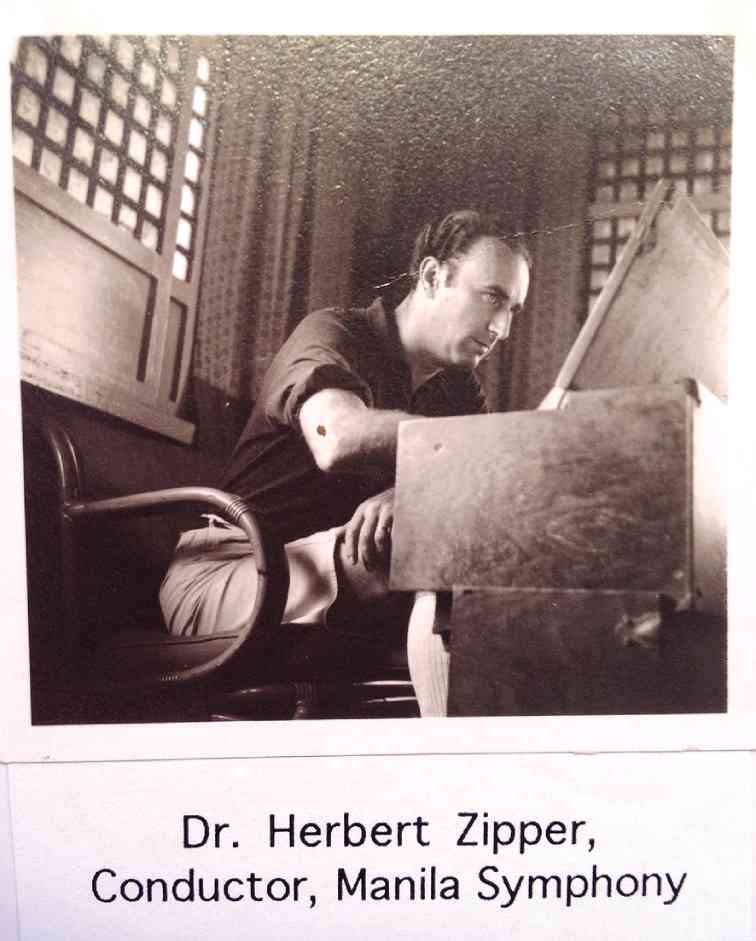 (Editor’s note: The author was clarinetist of the Manila Symphony Orchestra after the Philippine Liberation in 1945.) 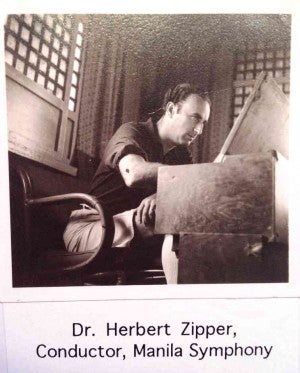 During the brief period of time before I knew about the Manila Symphony Orchestra (MSO), and also after my eventual meeting with Dr. Herbert Zipper and becoming a member of the orchestra, came a series of events. They were so improbable, and so unexpected, that they were indelibly engraved on my mind.

In the time that I was a member of the orchestra, my days fell into a routine or pattern. Rehearsal every morning, probably from 9 a.m. to 12 p.m. I would usually arrive at the rehearsal hall at least 15 to 20 minutes before the start of the rehearsal to warm up.

Scales, arpeggios and challenging sections in the literature that were technical or required attention to style and interpretation were studied.

The afternoons would be devoted to practicing the parts of the program we were performing and the parts being prepared for the next concert series.

Then I would shower, have dinner, and get ready for the evening performance, which was always the highlight of the day.

For all of my playing with the orchestra I had to use an Army-issued metal clarinet. I had my own mouthpiece and reeds, which I brought with me during my time in the army. It took lots of work and concentration as I consistently strove to produce the best sound possible.

The problem was further complicated by the fact that I had only a Bb Clarinet and many of the parts in symphonic literature are written for the A Clarinet. As a result, I had to give extra attention and practice to transposing all of the A parts down a half-step to be in the correct key. And at times this resulted in having to play in keys that made some passages awkward and/or difficult.

Fortunately, I had included transposing in my daily practice over the years so it was second nature to me.

My biggest challenge was to produce a fine French quality tone on the metal clarinet. To some degree I must have succeeded because, at one point, Dr. Zipper, with other players around him, commented that: “Earl can make even a metal clarinet sound good.”

This was quite a compliment. On quite likely the first rehearsal of Capriccio Español by Rimsky Korsakoff, the assistant conductor, Antonino Buenaventura, was on the podium. He had the orchestra play through the section that contained two very fast and important arpeggios played by the principal clarinet.

Even though this first time through the section went just fine, Antonino had the orchestra play through the part several times, during which I had no problem with the difficult passages. As none of the orchestra had any problem in this section, it did seem strange that he spent so much rehearsal time on it. Perhaps he was testing my competence. However, I didn’t mind as it allowed me additional practice.

I remember three episodes in particular about our concerts played in the Rex Theater. This theater was always quite warm in the evenings and as the concert went on, beads of perspiration would form on my forehead. They would then trickle down from my nose and land on the keys, making them a little slippery—not a most comfortable development in a concert situation.

Having a soloist perform with the orchestra was always an exciting event, and having Basilio Manalo as soloist was no exception. When I first saw and heard him play at the first

rehearsal, and later at the Rex Theater, I thought: “My, how young he looks.”

I didn’t find out till later that he was just 18 years old. After hearing him play the Beethoven Concerto, it was obvious that he was a very talented violinist with very good tone, technique and feel for the music. This should make for a very bright future, I thought.

On one of the programs for his concert, I had written that this was his 14th performance of the concerto with the orchestra. I’m sure there were many more performances after that.

I have always liked the Brahms Piano Concerto No. 2 and enjoyed the challenge it presented to both the soloist and orchestra. Stella Goldenberg Brimo was a tremendously talented pianist with excellent technique, a beautiful touch, and great feeling and interpretation. I have no idea how many times she played this Brahms with the orchestra, but it must have been considerable.

The morning rehearsals were pleasant, but the evening performances to sellout crowds must have been very challenging for both Manalo and Brimo, especially on the warm evenings. I have great respect for both of them. I’m sure the guiding hand of Dr. Zipper was ever-present in their training.

Besides my work with the orchestra, I also played clarinet solos a few times. One in particular was interesting. Dr. and Mrs. Zipper planned to have some guests over one evening and asked me to play a few pieces as background music. I have no idea who the guests were, but I’m sure they were prominent people in their professions.

All discussions of the MSO must include a few remarks about Dr. Zipper. He was not only a conductor, but also an artistic director. His depth of knowledge of the music we played and his conducting ability were remarkable. He was easy to follow and enlightened the performance by his command of the music and his directing technique. He was certainly an inspiration, and even the best of players would raise their level of performance under his guidance.

I wish I could have remembered the location of the buildings, and the distances between them, that were of great importance to me.

The destruction in downtown Manila was horrific. Yet, what seemed like a comparatively short distance away, the neighborhoods seemed to be intact. MacArthur’s headquarters building, where I stayed, was a bombed-out shell. From there I would walk to the rehearsal hall which I seem to remember was intact.

I also walked to Dr. Zipper’s home as well as to Professor Molina’s home. I also frequently walked to the home where the cellist Consuelo Tagle lived. All of these homes seemed to be intact and immune from the destruction.

I can’t visualize where each of the homes was located or the relative distances. This is where a good memory would have been invaluable.

But in no way does the paucity of detail deter me from reliving the excitement I had as a member of the Manila Symphony Orchestra.

I recently discovered in one of the Manila Free Philippines newspapers, dated Thursday, June 14, 1945, that Radio Station KZFM was to broadcast the second concert of the 1945 season over 1250 Kc at 7:15 p.m. that night. The program included the Brahms Symphony No. 1 and the Beethoven Violin Concerto featuring Basilio Manalo.

Wouldn’t it be wonderful if the radio station still had the original recording in its archive, so we could get copies of it!