Solving the riddles of the river | Lifestyle.INQ ❮ ❯ 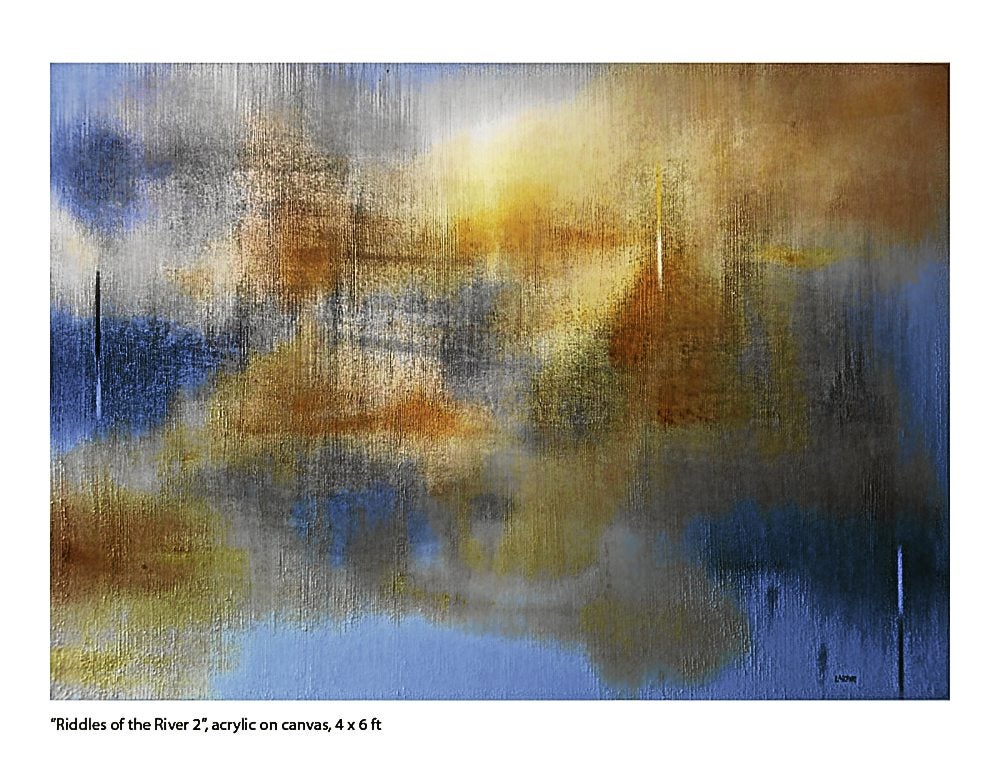 Solving the riddles of the river 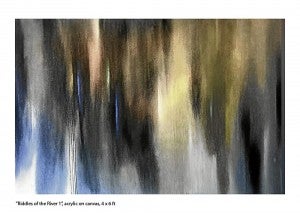 “The blood of painting” is how the ancient Chinese painters regarded water, whether it emerges on silk or paper as streams, ponds, waterfalls, or rivers. Landscape painting during the Tang and the Sung Dynasties was dominated by images of natural scenery, such as mountains and rivers, which were reminders of man’s harmonious relationship with nature. The intent was never realism or the exact reproduction of visible nature, but the manifestation of emotion or atmosphere of its subtle rhythms and energies. The most famous painter was Zhang Zeduang (960-1279), whose celebrated work was titled “Along the River During the Qing Ming Festival.”

In direct opposition to Chinese painting was the Western concept of man dominating nature. Simon Schama, in his book “Landscape and Memory,” explored the Western vision of nature, with its mysteries, myths and metaphors, starting his intellectual journeys down the great rivers of the Nile, the Rhone, the Thames, and the Seine, quoting the British parliamentarian and traveler Thomas Macaulay, waxing ecstatic in his admiration of the river Rhone, “blue, rushing, healthful-looking,” meditating on “the singular love and veneration which rivers excite in those who live on their banks.” Macaulay concluded that “rivers have, in greater degree than almost any other inanimate object, the appearance of animation something resembling character. They are sometimes slow and dark-looking, sometimes fierce and impetuous, sometimes bright and dancing and almost flippant.”

Closer to home, Filipino artist Rico Lascano has himself been mesmerized by the element of water, his entire body of work liquidly irradiated not only by aqueous light, but by the literal substance itself, his pigments flooding the entire canvas, soaked wet till each weave seems submerged in water. Not surprisingly his paintings are an experiential identification with various bodies of water. 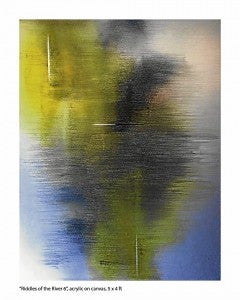 “Pondering” was the memorable theme of a previous show, harking back to the haikus of the Japanese poet Basho, whose classic image of the frog leaping into a pond evokes both sound and silence. Each of the “Pondering” paintings was itself annotated with accompanying original haikus by the artist’s wife Cha-chu, two exquisite syllables with their own unmistakable Oriental resonance.

Of more recent vintage was a paean to the Pasig, the river coursing through all our lives, like the blood-water streaming down from Laguna de Bay through the capillaries of the city’s estuaries and tributaries, and finally rushing, disgorging its spent spirit into the restless bay.

In Lascano’s “Pasig” paintings, the memories of Nick Joaquin’s Doña Jeronima and Nicanor Abelardo’s “Mutyang Pasig,” both drenched the languorous pining of a maiden for her absent lover, rise in the mind, as if for them the American naturalist Henry David Thoreau had written the lines: I was born upon thy bank, river/ My blood flows in thy stream/ And thou meanders forever/ At the bottom of my dream. 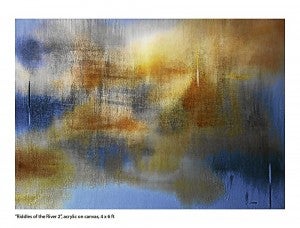 In his latest production, “Riddles of the River,” a larger dimension of space looms before the viewer, engulfing him as he struggles to hold onto the horizon line (there is none!) of the paintings’ vistas. The artist pulls us into deep space, where the riverbank has now dimmed into an abyss of spills and stains of inky pigments.

It is likely that Lascano has learned from the 19th-century British painter JMW Turner, who himself took poetic license in his sublime watercolors of rivers and seas. According to Schama, “Turner has taken the scene to some altogether different and elemental place. The river itself has become an immense and ancient highway, a vast and unbounded space fed by the water of all the rivers he has painted… flowing very slowly through a great shroud of shimmering crepuscular light.” The passage romantically encroaches on Lascano’s watery domain. 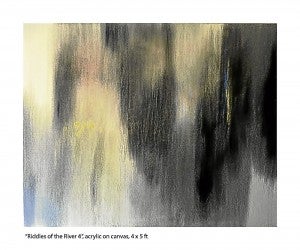 Immersed in the still waters of his pigments—the wet-on-wet technique is splashily dispensed about—Rico Lascano comes up for air to share with us the visions of his water world.