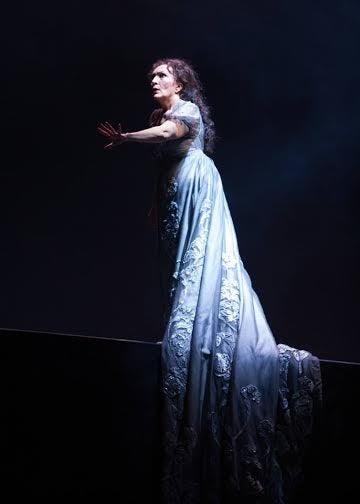 Nelly Miricioiu’s Philippine comeback: Mezzo voce as focused and arresting as ever

MANILA, Philippines–The March 6 concert of Romanian soprano Nelly Miricioiu at the Meralco Theater earned every possible gesture of admiration from an impassioned crowd after she performed carefully chosen pieces, which obviously represent facets of her versatility and artistic range, from bel canto to Verdi and the modern Italian and French repertoire.

For the most part, it was an intensification of what people who knew and heard her performances during her prime might have hoped she still has. Her mezza voce is as focused and arresting as ever; the proper realization of the appoggio, even now, manifesting within that vocal register.

The pianissimos were elegantly executed and her phrasing well thought-out and expressive. Her vocal dynamics and magnanimous presence are lateral extensions of her capabilities as an actress.

However, in voce piena, her voice already has the tendency to sound harsh and forced and her runs decidedly less articulate. She might have also been pushing too hard, overcompensating for the lack of an ideal acoustical environment.

We were offered a glimpse of the trademarks of her bel canto training and experience. And naturally, on such occasions, it would be difficult to distinguish what you are hearing from what you would remember.