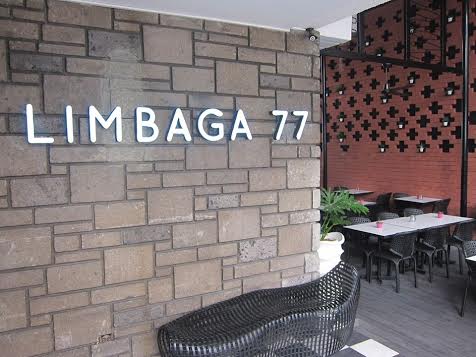 Limbaga 77 is one of the newer players

In the ’90s, people bar-hopped along that row, with Tia Maria being one of the more popular hangouts. Friends chipped in for platters of tacos and pitchers of spiked drinks.

In those years, the street named after the first mayor of Quezon City was still lined with trees whose roots often broke through the pavements.

There used to be a bistro called Tamarind Grill with had towering sampaloc trees standing guard at its facade.

Many of those trees have since been felled to make way for parking spaces.

We used to frequent Rasa Singapura, a Singaporean-style hawker joint on Scout Ybardolaza that ran parallel to Morato. It had an air-conditioned dining area on the second floor that was accessible through a dingy staircase, but we preferred dining al fresco where we could watch the Singaporean cook demonstrate his wok-frying skills. The eatery has since closed shop.

Dessert or merienda was usually churros and a demitasse of hot chocolate at Dulcinea, one of few remaining holdouts on Morato.

These days, while briskly walking up and down Morato, we’ve noticed that the new restaurants cater to a much younger market, one that thrives on “healthy” juices, sugary pastries like cakes and donuts, and coffee—lots of coffee.

Alba’s, which opened its Morato outlet in 2002, and has a loyal clientele of its Spanish fare served buffet-style. While grateful for its regulars, marketing manager Cachelle Guiao de Alba admits having to deal with a “younger, more tech-savvy generation.”

She says, “They are very informed consumers. I think they value authenticity and quality, so consistency is still our priority. We have to update our look every now and then because of this new, emerging clientele.”

Morato Avenue’s restaurant row is once again in a flux. Instead of choosing a spot on the main stretch, new full-service restaurants are opening at the side streets.

Old houses have been converted into restaurants serving mainly Filipino food, whether traditional (Victorino’s) or contemporary (Cerchio and Limbaga 77).

There are other cuisines worth going out of your way for, like Señor Pollo which serves chicken and sidings with a Latin American flair, Wabi Sabi with its tasty Japanese vegetarian dishes, and Rub with its American-style ribs and potato side dishes.

More are expected to open, but whether they will stand the test of time remains to be seen.

For now we can only taste and enjoy what they will offer.