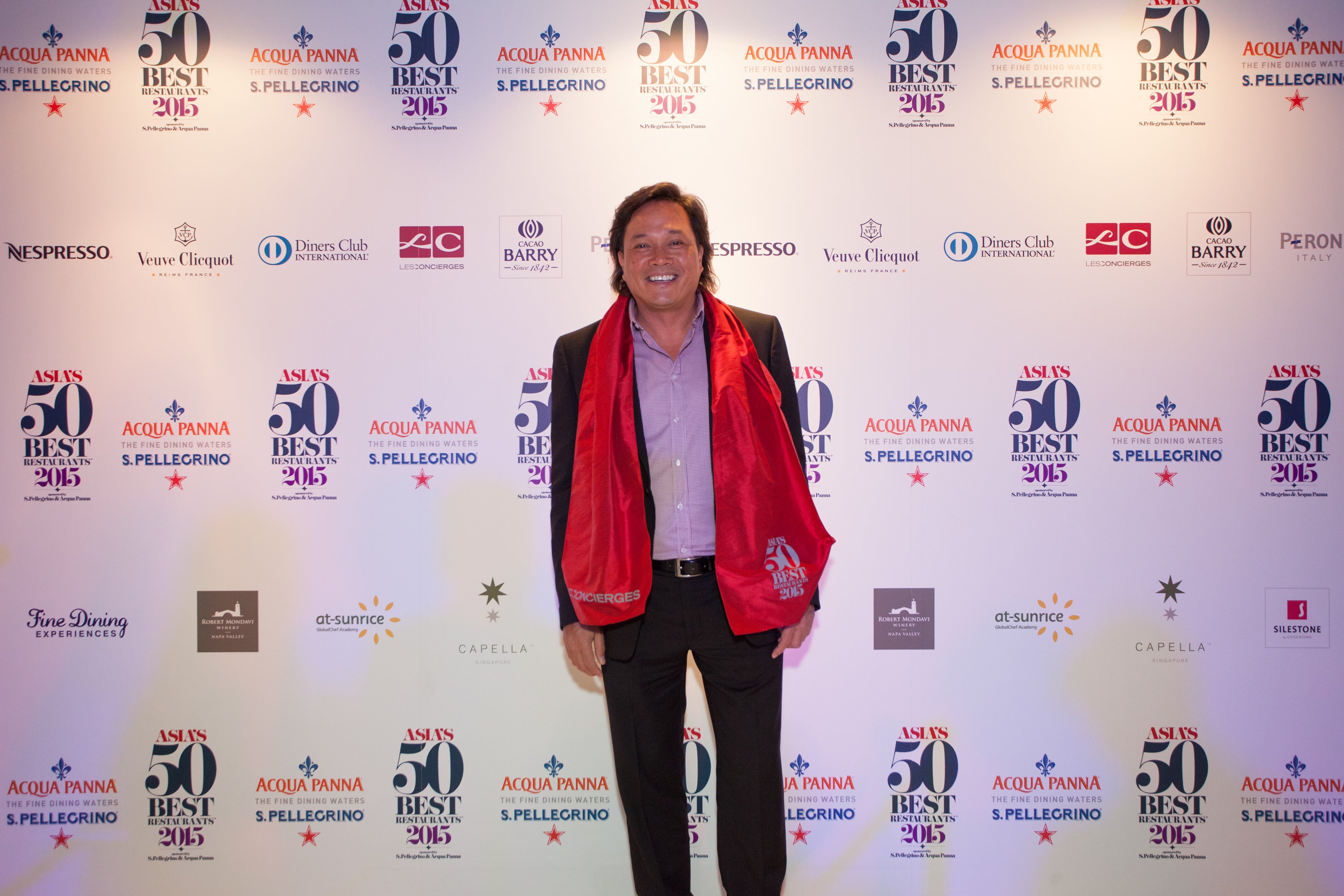 It was really only a matter of time before Antonio’s in Tagaytay would be recognized beyond Philippine shores.

Since it opened in November 2002, the restaurant owned and run by chef Antonio “Tony Boy” Escalante has been earning rave reviews from customers and critics alike.

Gaggan in Bangkok secured the No. 1 spot, rising from No. 3 in 2014 and claiming the coveted title of The S. Pellegrino Best Restaurant in Asia.

At the awarding held at the Capella Hotel in Singapore on Tuesday, Escalante said that landing on the list is “both an honor and a humbling experience,” adding that “it is also a statement that Filipino cuisine is ready and waiting for the world.”

When Antonio’s in Tagaytay first opened, visitors felt like they had taken a wrong turn because they had to pass a dirt road before finally arriving at the venue: a Spanish colonial-style house surrounded by multiple shades of green. At night, one could walk around the garden and gaze at the stars before or after dining on the restaurant’s specialty dishes.

The menu reflects Escalante’s Filipino culinary heritage, his passion for fresh farm produce, and different cuisine influences. He was one of the first chefs to import and use Boer goats that were meaty and not at all gamy.

Every dish uses the natural flavors of top-quality ingredients, many of which are grown in the chef’s own sustainable farms. This passion and attention to detail did not go unnoticed.

From 2008 to 2013, Antonio’s was the only Filipino restaurant included in The Miele Guide’s Top 20 Restaurants.

“Asia’s 50 Best Restaurants,” which is sponsored by S.Pellegrino and Acqua Panna, is now on its third year.

It was created by The Diners Club Asia’s 50 Best Restaurants Academy, a group of over 300 leaders in the restaurant industry across Asia, selected for their expert opinions of Asia’s restaurant scene.