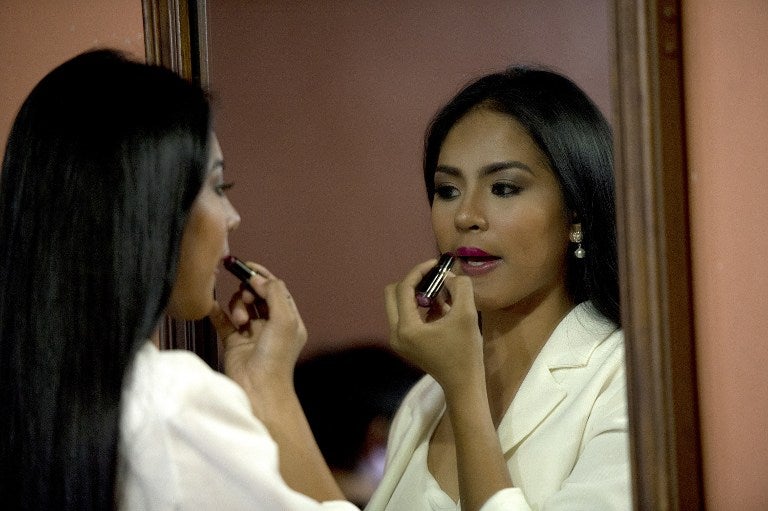 MANILA, Philippines–As a child, she waded in muddy rice paddies; now teenager Janicel Lubina struts down runways for the country’s top designers and is hoping to be crowned among the world’s most beautiful women.

Lubina is a star recruit in one of Manila’s beauty pageant boot camps, where shy, lanky teenage girls from remote farming provinces are transformed into poised Barbie dolls who can preach about world peace in six-inch heels.

Beauty pageants are hugely popular among women in the Philippines, with many taking part in the hope it will lead to luxury living, success in high fashion and movie stardom.

“My mother was a maid. I can’t be a maid forever and get stuck in the province,” 19-year-old Lubina told Agence France-Presse (AFP) before she auditioned for this year’s Binibining Pilipinas contest.

READ: 2015 Binibining Pilipinas hopeful proud of being a house helper

Lubina mastered what is dubbed the “duck walk” at the Kagandahang Flores (Beauty of the Flower) training camp in Manila, where students are taught to perfect their beauty queen strut by swinging their hips from side to side like ducks.

Camp director and “duck walk” inventor Rodin Gilbert Flores approaches training with the precision of a scientist. He is a licensed chemical engineer who worked for a major glass company before shifting to entertainment.

“It’s all about muscle memory. It’s calculated down to the movement of the hands,” he said of this eye-catching walk.

“The girl should also show her personality. She can’t be like a mannequin with no expression on her face,” said Flores who ruthlessly watches as his students, wearing two-piece bikinis and high heels, “duck-walk” from one end of a dark covered basketball court to the other.

Sweat drips down their cheeks but they are not allowed to sit down until they perfect it.

“We’ll take in a girl and she will be in pain because of the duck walk, but the end result is she’ll be a head-turner,” Flores said.

Towering at 1.83 meters (6 feet) in heels, raven-haired Lubina hopes to represent the country in the Miss Universe pageant, which has a huge following in the Philippines.

But Lubina’s camera-ready smile fades when she talks about her struggles back home in Palawan province, where she worked as a maid like her mother, while her father was recovering from a mild stroke.

“One time, I mopped floors for an entire day and my boss made me do it all over again because she didn’t like my work,” she recalled.

Lubina was discovered by a local makeup artist while she was out on an errand, walking on a dirt road. The beautician was amazed by her towering frame, she said.

She won P3,000 ($68) in her first pageant three years ago and has never looked back. For her the money has flowed in to the extent that she can support her family and pay for stroke treatment for her father.

Among her most memorable purchases was the family’s first ever television set, which she gave her parents as a gift after placing second in a contest in 2013.

“It wasn’t even a flat-screen TV, but it meant so much because my parents used to watch TV in our neighbor’s house… Now they can watch me on TV anytime,” she said.

In total, the country’s beauties have won the Miss International competition five times, twice each at Miss Universe and Miss Earth, and once at Miss World.

Local pageant fans are also among the world’s most devoted. In 2010, a YouTube clip of four friends going berserk while watching Miss Universe got close to four million views, prompting fast-food chain KFC to put them in one of their TV commercials. 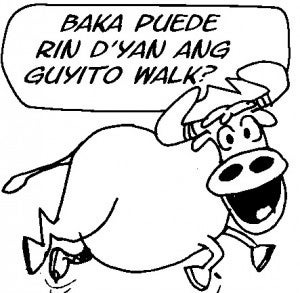 For 1985 Miss Philippines Joyce Burton-Titular, pageants are huge in the country because Filipinos love to ogle and criticize glamorous women.

“It’s a cultural thing that starts with the admiration of beauty… We also enjoy being mean critics, whether a girl wins or loses,” Titular told AFP.

“Pageants these days are a great equalizer because you can come from the poorest of the poor and still win. In our country, pageants are empowering,” she said.

Titular said winning the national pageant 30 years ago gave her the confidence to try a career in acting, and as a newsreader.

For Herrell, beating 84 other beautiful women for the Miss Earth title last year has led to guest spots in television dance shows.

Unlike Lubina, Herrell comes from a well-off family who owns a dance studio in Cebu City. She said she spent her pageant winnings on clothes.

But Herrell takes her Miss Earth duties seriously, planting as many trees as she can in her home province and other deforested areas to raise awareness about environmental issues.

“Pageants are relevant. Women can use them as channels for their advocacy,” she said.

“You help the community, and be beautiful at the same time. And that’s the tough part.”

Bb. Pilipinas 2015–who are the top contenders