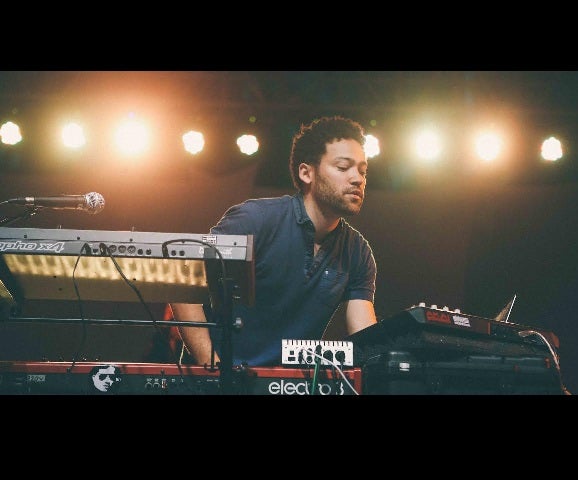 “This is what I came here to do,” said American DJ, music producer, keyboardist and beatboxer Taylor McFerrin midset, as he revealed his passion for collaborating with other artists.

Minutes before, McFerrin had called onstage beatboxer Tom Thum (who was caught by our photographer backstage attempting to imitate the beats McFerrin was dishing) and several others to jam with him.

In the jamming session was Noli Aurillo, who delivered a masterful performance of movie scores and classic rock with his guitar. Three songs later, the guitarist asked Megan Aguilar  to join him. “I don’t really think I’m dressed  for the part,” Aguilar said, “but it’s Malasimbo!” She then proceeded to sing The Police’s “Roxanne” and The Beatles’ “Oh! Darling.”

June Marieezy teamed up with Frenchman FKJ, who told the audience about their meeting only two hours earlier—testament yet again of the collaborative spirit at Malasimbo.

Currently on its fifth year, the Malasimbo Music & Arts Festival continued to enchant and bewitch. Three nights spent under the stars, seated  in a natural amphitheater, would inevitably have that effect on you. It also had a way of strangely bringing out the bohemian in you.

The Malasimbo Music & Arts Festival is on its second week March 13-15. Visit www.malasimbo.com for more details.