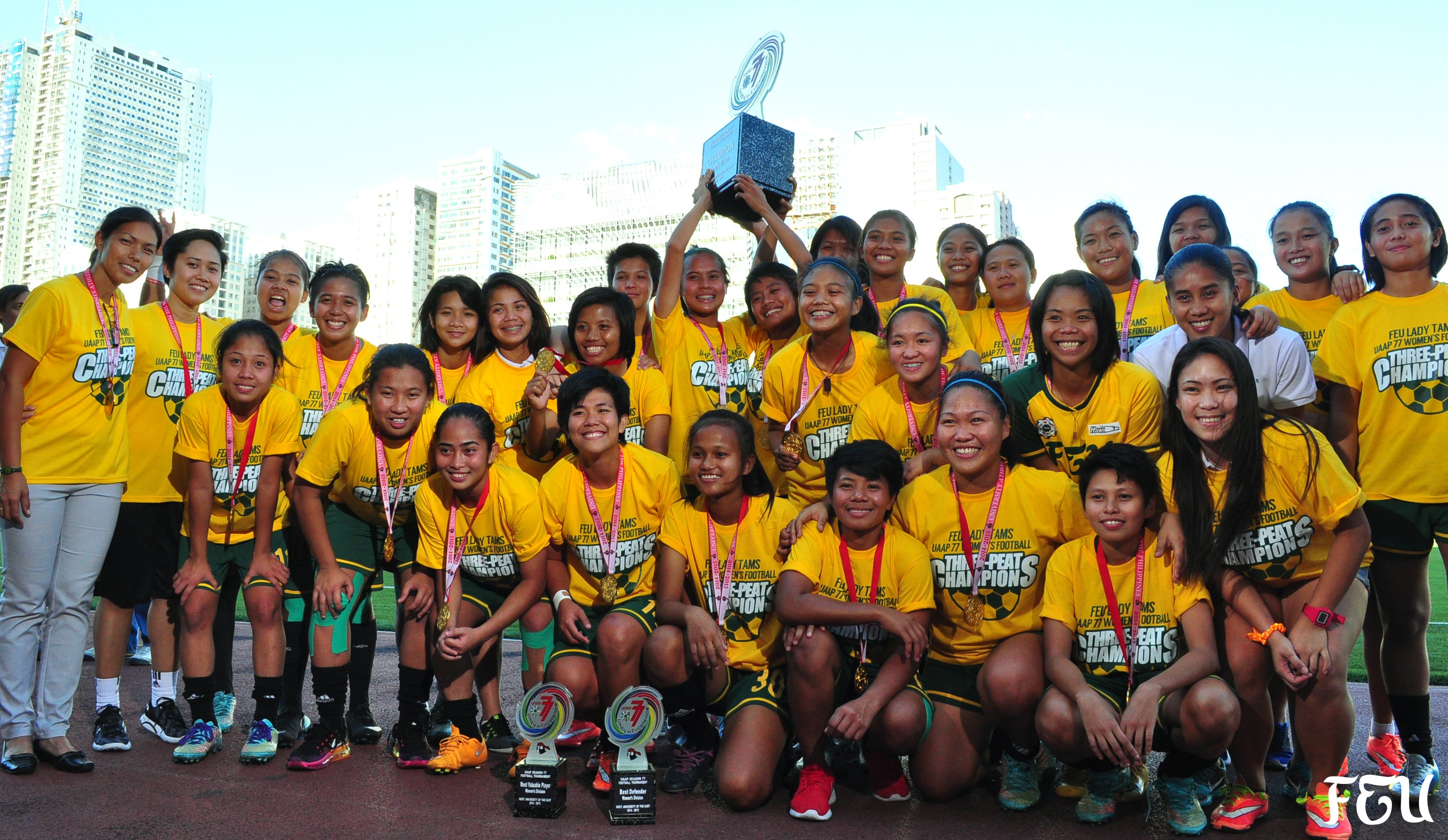 Basketball and volleyball may be the most popular sports today in the University Athletic Association of the Philippines (UAAP), but football is fast catching up—based on how the crowd rocked the Rizal Memorial Stadium at the UAAP football championships last Sunday.

Two games were played (and broadcast on TV) with the Far Eastern University (FEU) Lady Tamaraws and University of the Philippines (UP) Fighting Lady Maroons battling in the women’s final, while the FEU Tamaraws and the De La Salle University (DLSU) Green Archers squared off in the men’s final.

TV coverage of women’s football was a rare treat, and the FEU-UP match was quite intense under the excruciating midafternoon heat. Spotted in the UP gallery was a smiling Sen. Pia Cayetano.

FEU’s first goal had everybody in disbelief—Dai Dolino kicking the ball near midfield and the UP goalie catching it in midair, only for it to slip off her hands and head straight to the net.

FEU would again score in the second half even as UP notched a goal late in the game. The Lady Tams won and gave FEU its third straight UAAP women’s football crown.

In the first half of the men’s final, FEU had a good number of scoring opportunities, but DLSU’s defense, especially its goalkeeper, proved superior.

The action and excitement picked up in the second half, as the DLSU gallery erupted in cheers after Gio Diamante scored in the 59th minute. It was the FEU crowd’s turn to rejoice after Eric Giganto scored an equalizer in the 72nd minute.

The Tamaraws’ title defense looked bleak after the Green Archers’ Sabin Bustamante converted a floater above FEU keeper Mike Menzi in the 81st minute. But the Morayta boys’ top striker Jes Melizza scored a few minutes later as the game went into overtime.

FEU team captain Paolo Bugas, who missed a lot of games due to injury, converted the lone goal early in the extension period. DLSU tried to pick up the pace to tie the game, but FEU’s championship experience prevailed.

Despite losing a few players due to red cards, FEU held on to its lead until the final whistle. The FEU crowd went wild, overwhelmed by the school’s back-toback titles, while DLSU fans were inconsolable.

FEU may have celebrated bigtime that night, but the real winner is Philippine football, as seen in the drama, hoopla and excitement of the games.