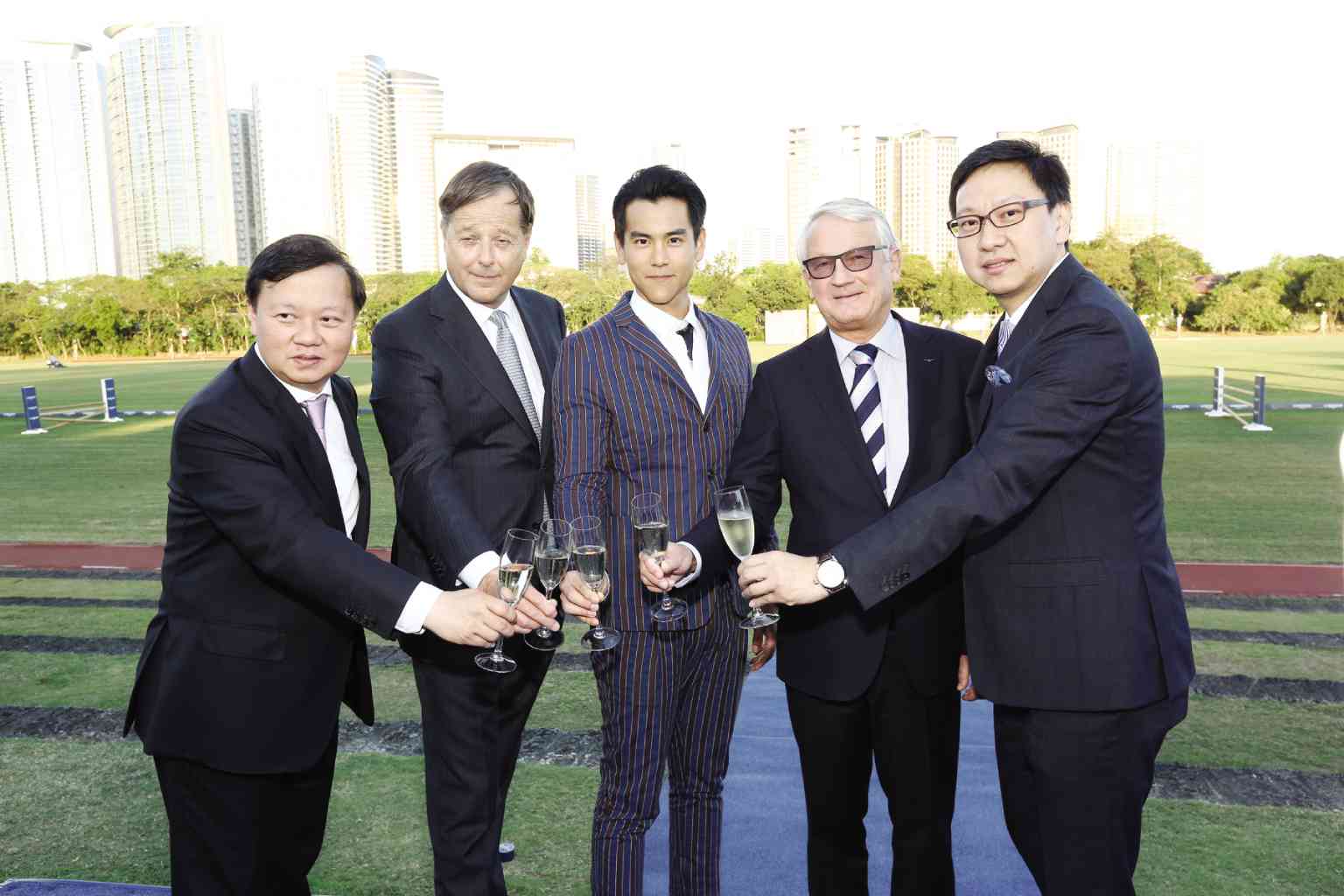 From French blond to Effie Trinket to Filipiniana

Blonds do have more fun!

Being one for just a few days certainly upped my happiness meter. For the 25th Hair Asia event at the World Trade Center, the top hair and makeup stylists of different salons all over the country vied for the coveted title Hair Asia Champion Stylist.

My longtime beauty-maker Victor Ortega of Emphasis Salon was being given a special award that day so he asked me to be his muse. To assist Victor with my voluminous hair creation, amazing Danny Katalbas of Salon Privat masterfully set my wedding crown into a French bouffant blond wig.

To complete the winning look, I wore my Rajo Laurel anniversary gown.

After greeting fellow muses Gretchen Barretto-Cojuangco, Iza Calzado and Marian Rivera-Dantes, I rushed to the Manila Polo Club for the grand Longines affair to celebrate the opening of its first monobrand boutique in the Philippines. The renowned Swiss watchmaker Longines sent management representatives from their Alpine headquarters to grace the special event, hosted by the Lucerne Group.

Longines’ slogan “Elegance in an Attitude” was indeed the ambience as the well-heeled crowd enjoyed the horse show-jumping exhibition. Among the riders were Xavi Virata, Toby Tensuan, Lleanna Imperial, Christina Flores and siblings Paola and Lucas Lorenzo.

Longines’ passion for equestrian sport dates back to 1878. Master host Johnny Litton told the crowd how Longines created a chronograph that year engraved with a jockey and his mount. Since then, the timepiece has proven to be a requisite among horse-lovers.

Actor Eddie Peng, Longines Ambassador of Elegance, was introduced to the crowd. He joins top actors like Simon Baker and Kate Winslet in the Longines family. The dashing actor must have wondered what kingdom I hail from.

It was a week of multiple affairs, one that demanded stylish yet comfy shoes. So I was glad to be clad in Charles & Keith heels.

Charles & Keith, the go-to label for lifestyle, fast-fashion footwear and accessories around the globe, opened its official flagship store in B8, Bonifacio High Street. Franchised by Suyen Corp., Charles & Keith has a diverse assembly of handbags and purses to match its extensive line of footwear.

Ben Chan, boss of Suyen, and Fong Shee Beng of Charles & Keith, were delighted that the guests, including local personalities like Vanessa Matsunaga, Sam Rodriguez, Catriona Grey, Sam Oh, Addie Manzano and Rep. Lucy Torres, were all happily shopping away.

Outfits were translated to masterpieces as artist Valerie Chua rendered live fashion illustrations for guests to take home, while DJ Duo and The Zombettes provided auditory indulgence, creating an upbeat vibe and completing an enjoyable afternoon. Karylle Yuzon did a wonderful job as host.

For the 13th Philippine Quill Awards, my forever buddy Rosan Cruz asked me to co-host. I dressed up as Effie Trinket in “The Hunger Games” while ANC newscaster Ron Cruz opted for a more conservative look. We had a big job, awarding over 300 winners that night.

Between awards, I found time to chat with Rosan, who happens to be the IABC Philippine trustee, publications committee, and Leah Caringal, professional learning committee head. Both are also dear friends from yoga and running.

From Effie, I went Filipiniana. At “A Salute to Salud,” the 100th celebration of the late Salud Tesoro, held at the iconic store’s main branch, I opted for a Filipino outfit.

Salud Tesoro founded the heritage and handicraft store in 1945. Now managed by her daughter Beng, Tesoro’s has been a go-to place showcasing Filipino culture for 70 years. Beng spoke fondly of her mother, whose “exemplary values and principles” still live on in Tesoro’s heritage of new designs and concepts but always highlighting our Pinoy culture.

Beng was joined by her eight siblings John Benjamin, Dettie, Dolly, Bobby, Mita, Tito, Lulu and Alice. Among the guests and loyal patrons were Fernando Zobel de Ayala, Gemma Cruz-Araneta, Jimmy Laya, Cecile Guidote and many from the diplomatic community.

Isabel Caro Wilson, former ambassador to Spain, spoke about how Salud was a penniless orphan who dreamed of becoming a teacher. Instead, she became an icon of Philippine entrepreneurship. In celebration of her birth centennial, the Philippine Postal Corp. issued a set of commemorative stamps, unveiled by Postmaster General Luis Carlos.

The family continues to live their mother’s values. The flagship store has a newly designed façade, covered with Tesoro’s iconic embroidery, executed by impeccable designers Mark Wilson and Nikki Escalona-Tayag. Interiors were done by José Lirio.

All this marks the siblings’ commitment to the energy and principles of their mom, Salud, which continue to run in the business today.