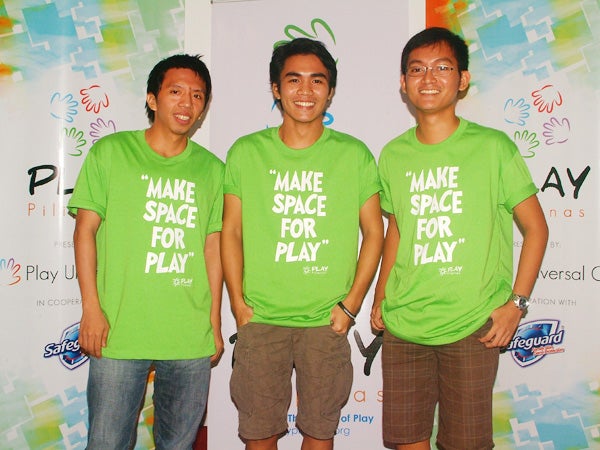 Play To Win: 5 finalists vie for #1 in Make Space for Play Design Contest

MANILA, Philippines — Kids’ stuff, one may say, but play is the first encounter a child has with the world.

Beyond the environment parents provide for their children lies one that children themselves can shape to their liking.

In preparation for Play Pilipinas 2011, Play Universal held a competition to challenge designers, both professionals and students, to come up with their vision for a conceptual space that will immerse children, teens, and even adults in the wonder and delights of active play.

There is no lack of inspiration for all 5 finalists, as visions of the new Filipino playground come together from three cities, and five design groups, vieing for the top prize of P50,000 — and the one
chance to see their vision become reality.

Most finalists incorporated Filipino elements into their submission, including Team DVD Design’s “Fiesta Playground,” a most vibrant interpretation of the most traditional of activities.

This group of former classmates from the UP College of Architecture in Diliman turn to the use of sustainable materials in what judges deem a “beautiful presentation.”

Apart from the attention shown towards Filipino culture, what makes the smartly-titled “Palarojuan” from Encore exceptional is its excellent use of small space – perhaps influenced by the constraints of public space in Manila. Taking inspiration from three traditional games, one feels a sense of Filipino community from the design’s embodiment of local play.

“Lihok: Tinalak Dulaan” by Davao’s Building Blox is centered around movement. It uses vernacular ideas of play and material, to turn a child’s “dream” playspace into an ergonomic reality.

Judges described this work as “a good use of color and variety of play experiences”.

The Cebuanos make a bid for greatest reinvention, in EDS+ADL’s “RePLAY”, with their ingenious use of shading. This group of Cebu and Samar-based architects created a space best described as revolutionary in its effort to crearte a new sense of play.

Walls do not only define, but also redirect movement, as Manila’s M Cubed used the flexibility of partitions for the aptly-titled “Choose Your Own Adventure: Wall Playscapes.” The design is capable of reconfiguration into different lay-outs, to incorporate different playthings for a new experience each time.