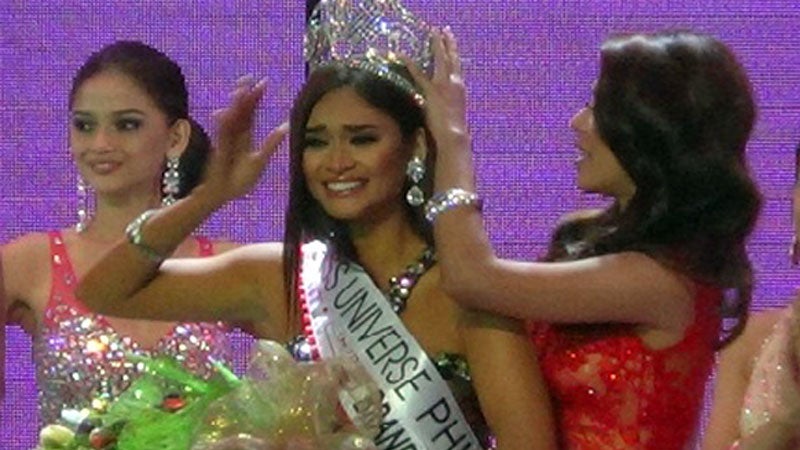 The 25-year-old professional model and culinary arts graduate was tearful and beaming as she received her crown and sash from the outgoing Bb. Pilipinas Universe Mary Jean Lastimosa.

Wurtzbach, who was also awarded Bb. Creamsilk, triumphed over 33 other competitors from across the country.

Moments before she emerged victorious, she was asked by Rep. Leni Robredo about her thoughts on Internet censorship.

Being one of the pageant’s crowd favorites, Wurtzbach’s answer set off a wave of applause and screams from diehard fans.

It was Wurtzbach’s third time in a row to join the contest. She was Bb. Pilipinas 2013 first runner-up and also made it to the Top 15 last year.

Janicel Lubina, of Palawan, was proclaimed Bb. Pilipinas International. She also won the Best in Long Gown and Best in Swimsuit awards.

Early in the competition, the candidates flaunted their toned bodies in red bikinis.  R ‘n’ B Prince Jay-Ar and Voice of the Philippines champion Jason Dy lit up the stage with upbeat music as the beauties sashayed on the stage in their evening gowns.

Binibining Pilipinas, now in its 52nd edition, is the longest-running and most prestigious beauty pageant in the country. It chooses the country’s representatives to major international beauty contests. 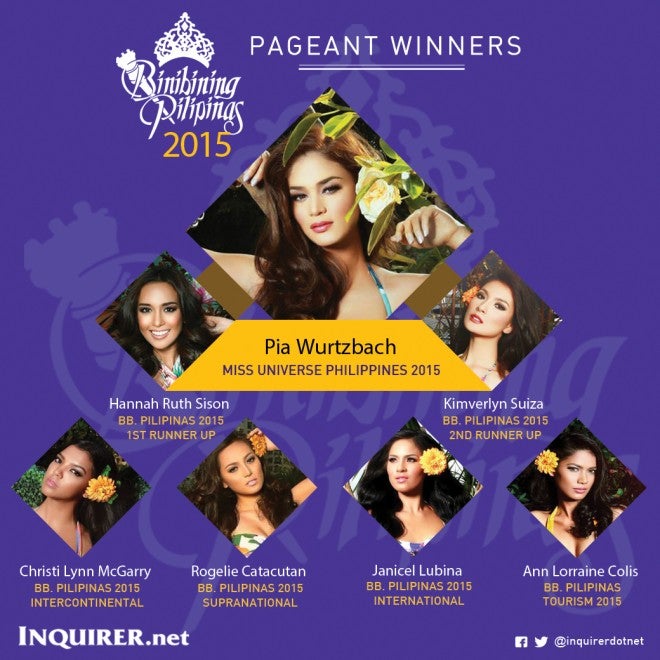