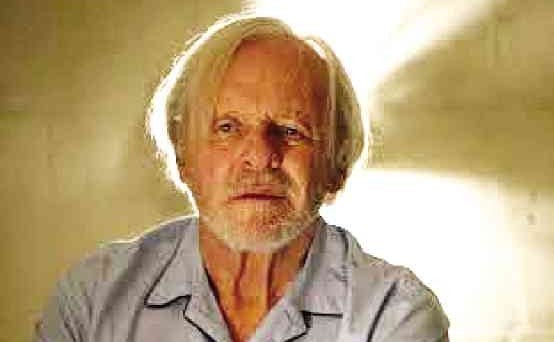 “Kidnapping Mr. Heineken” explores the abduction of Dutch brewery magnate Freddy Heineken (Anthony Hopkins) and his chauffeur, Ab Doderer. They were kidnapped in 1983 and held captive for what was the largest ransom for an individual at the time.

The kidnapping by Cor Van Hout, Willem Holledeer, Frans “Spikes” Meijer, Jan “Cat” Boelard and Martin “Brakes” Erkamps captivated the nation and became front-page news.  Heineken was released unharmed after three weeks for a ranson of 35 millions Dutch guilders (the equivalent of about US$50 million  today).

De Vries pursued the kidnappers and gained their trust, which resulted in an exhaustively researched, best-selling account of five friends and business associates who banded together to carry out one of the biggest kidnappings in history.

De Vries had entertained other offers to adapt his book, but was reticent to trust anyone with the material unless he could be assured that history would be represented as accurately as possible.

“I spent two or three days with Peter in Amsterdam,” Simpson said.  “He was trying to get a sense of how we would treat the story, if we were interested in doing the actual true crime story, or if we would embellish it in some strange way.  I was so fascinated listening to everything I heard.  What I quickly understood in talking with Peter is that the kidnappers were very full-blooded, real people.  Very complex characters. They were childhood friends, which I found fascinating.”

The producers turned to UK-based screenwriter William Brookfield to adapt De Vries’ book.  Brookfield’s biggest  challenge was to maintain the integrity of the narrative as he pared down the 800-page translation into a 110-page screenplay.   Fortunately, for Brookfield, De Vries’ richly detailed account of the kidnapping had all the elements of a great crime thriller.

“The material really appealed to me, because it is very hard to find a true-life story that fits into the demanding parameters of dramatic thrillers,” Brookfield said. “This one did. It had tragedy. It had the human heart conflicting with itself.  It had the overreaching.”

“The Kidnapping Mr. Heineken” is now showing in theaters nationwide.