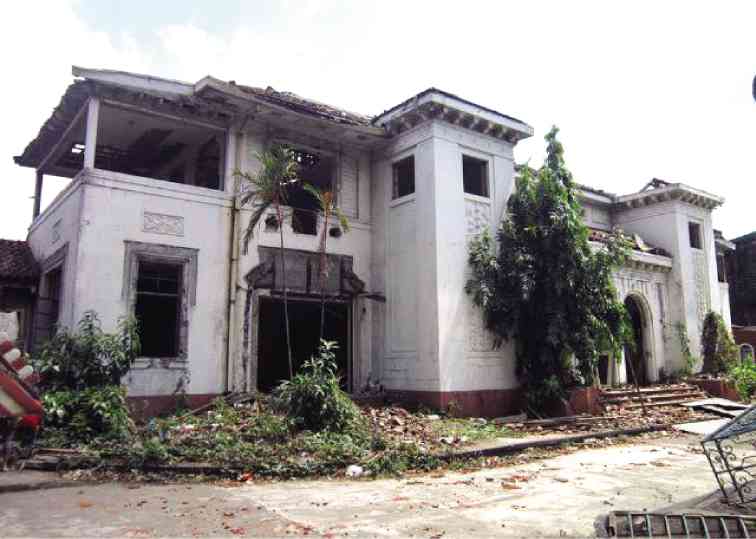 MANILA, Philippines—Another structure considered an important cultural property under the heritage law has been demolished to allegedly give way to a bus terminal.

The demolition has been stopped, however, due to a cease-and-desist order (CDO) issued by the National Commission for Culture and the Arts (NCCA) on March 2 against its developer, Huang Hsiang J Development Corp.

Portions of the house had already been knocked down when the CDO was issued.

“The Carlos Palanca Sr. residence on Taft Avenue, Pasay City, allegedly built in 1940 and actually lived [in] by the late Carlos Palanca Sr. Tan Quin Lay, is considered historically significant in view of Palanca’s contribution to the distillery and motor industries, education, culture and arts, and philanthropy in the Philippines,” reads a portion of the CDO.

The national cultural agency has scheduled a hearing among heritage advocates, interested parties and the developer on March 16 to discuss the issue.

Heritage advocate Isidra Pastor Reyes, who cowrote the petition to the NCCA against the demolition,  praised the commission for issuing the CDO right on the day after the petition was submitted.

But she lamented that Pasay City Hall had issued the demolition permit despite the fact its age should entitle it for coverage under the National Heritage Law of 2009.

“It is very alarming …  that we are losing very significant heritage structures [recently], mostly from the American era,” said Reyes in an interview.

Aside from its historical value, Reyes said the Palanca Mansion is likewise architecturally significant, being designed along the “tropical Mediterranean style” possibly by National Artist Pablo Antonio.

Reyes underscored the need for vigilance so as to quickly respond to threats to heritage conservation. She suggested a database for heritage structures that is to be shared with the different local government units.

She said heritage alerts could be sent through the database, especially when local governments issue demolition permits for structures that may have historical and cultural value.

She noted that national cultural agencies in the past had acted too late in saving important heritage structures from demolition.

“We have to make noise. We have to be heard kasi kung hindi, wala  nang matitira (because if not, no heritage structure will be left),” said Reyes.