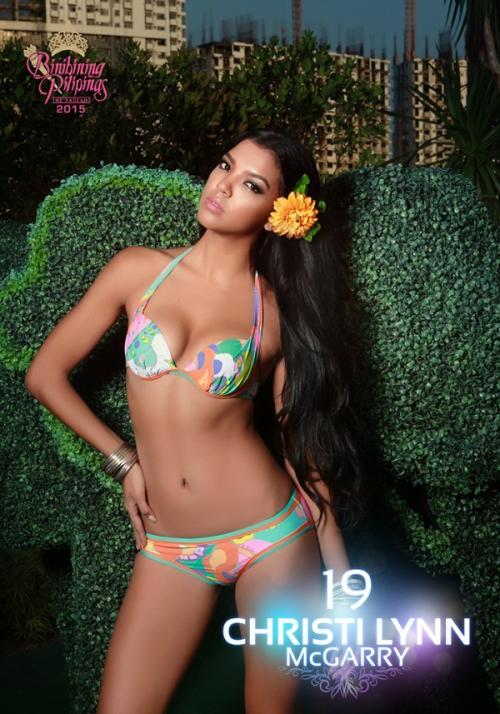 BPCI cleared speculations that there Mcgarry will have to switch crowns with other Binibinis.

“All the winners of the Bb. Pilipinas 2015 pageant will keep their respective and original titles. Contrary to speculations, there will be no switching of titles following questions about the crowning of Bb. Pilipinas Intercontinental Christi Lynn Mcgarry,” BPCI said in a statement.

They also said that Mcgarry is still eligible to join the Miss Intercontinental 2015 pageant, despite joining in the same competition in 2010 after being crowned as the local Mutya ng Pilipinas- Asia Pacific.

She landed a spot in the Top 15 in the 2010 edition of Miss Intercontinental.

The 24-year-old beauty from Camarines Sur will not be switching crowns with Binibining Pilipinas Supranational Rogelie Catacutan, contrary to claims by local beauty pageant aficionados.

In photos: 34 Binibining Pilipinas candidates shine at Parade of Beauties