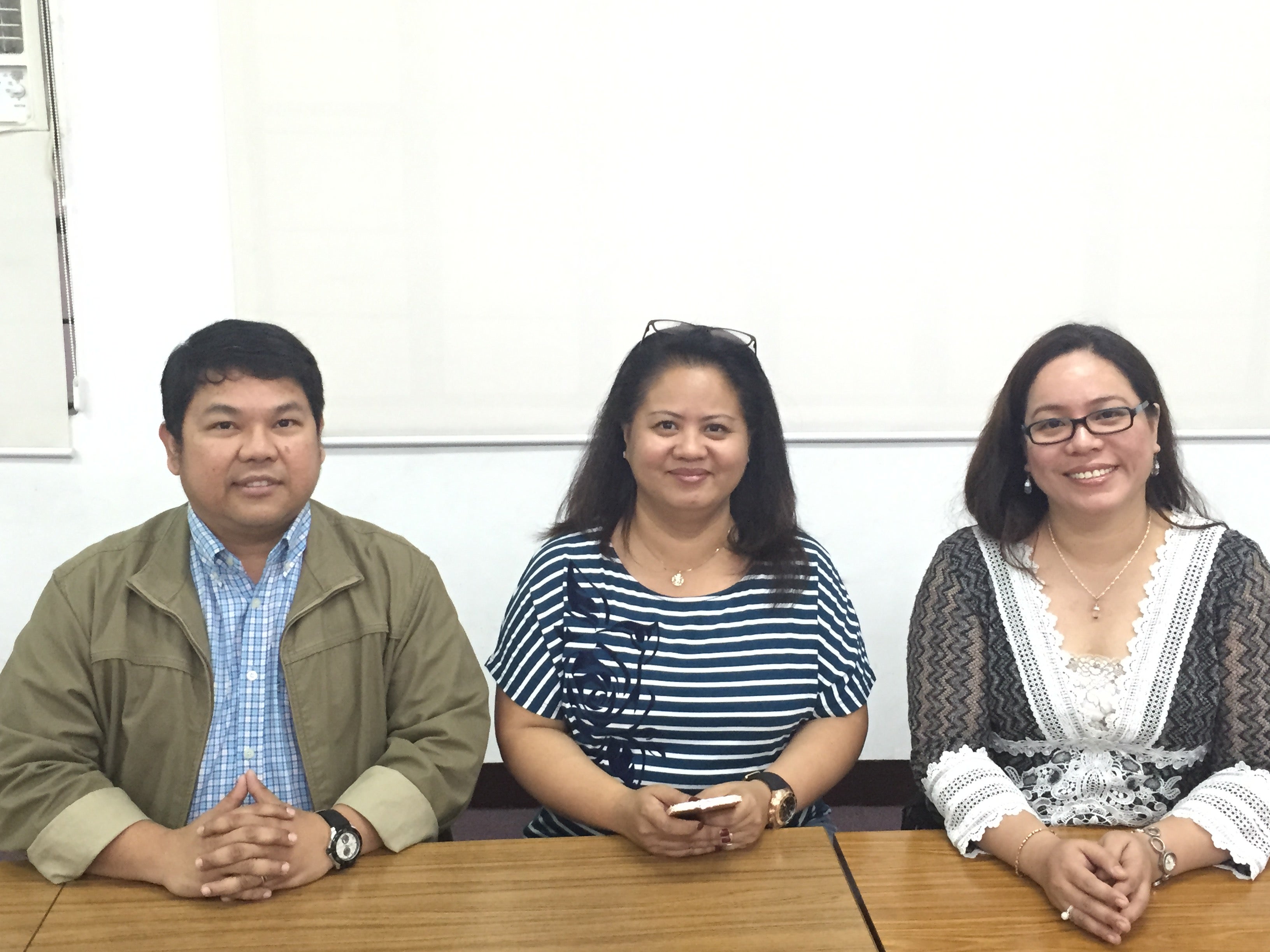 THE TRIO from the first cohort

EDUCATION is constantly evolving and getting higher degrees has become even more important in today’s employment landscape. While graduate students in the past must take a leave of absence or study after work to complete their degrees, the advent of online learning programs has allowed highly motivated professionals to combine graduate studies and work.

Such was the case for government employees Roderick Ibañez, Erika Buluran and Arleen Reyes, who took up the fast-track one-year blended learning Master of Business Administration (MBA) program of Victoria University, Switzerland, being offered by Gates Professional Schools in the Philippines.

The unique online and once-a-week Saturday classes put emphasis on developing the student’s industrial project paper or thesis right from the start and then piecing it chapter by chapter.
Because of the very affordable tuition which could be paid on a monthly installment basis, the three students belong to the first batch of enrollees of the Gates-Victoria University MBA program.

Ibañez, project director at the National Housing Authority, has always dreamed of getting an MBA. He said he had looked abroad to take up his MBA but been discouraged by the high tuition and other expenses.

He later received a fax message inviting him to the MBA program orientation at the Gates-Victoria University in Katipunan, Quezon City. He said he was impressed with the caliber of the faculty and the flexibility of the program. He said the program would afford him an opportunity to get a diploma from the Victoria University of Switzerland.

He explained his enthusiasm was such that he invited his friends from the Office of the Solicitor General, Buluran and Reyes, to join him in enrolling.

Buluran is a state solicitor who has worked in the OSG in seven years.

Reyes, a senior state solicitor, said he took up business in college. “Being able to finish the course in less than a year is a big thing for me,” he said. “The program… is for… working people like us. We want to have money left to still send our children to a good school, so the cost of Gates was very reasonable.”
The “Gates experience,” they said, gave them an opportunity to explore places and industries. In fact, the trio even went to Singapore for a housing industry exposure trip, where they got to learn more about the different sustainable housing initiatives of the island-state.
Ibañez, Buluran and Reyes were later given the Gates award for outstanding thesis.
Their winning paper, “The Harmony Hills Residences: Philippine Public Housing with Realistic Assumptions,” was praised by jurors for combining social integration and green technology.
With lessons culled from their Singapore trip, the team was able to develop a proposal for a government housing project that would cater to different income levels
—what they termed as “inter-class disposition”—while observing green architecture and sustainable development.
It was said to embody the GATES philosophy: gender sensitivity, arts and culture appreciation, technology and entrepreneurial competence, environmental consciousness, and social awareness and responsiveness.
Given that the land for the project is considered prime property, some of the judges during the panel defense, citing opportunity cost, suggested that the government would gain more profit if it just sold the land and relocate the informal settlers outside the city.
More than profit
But for the team it was more than just about profit. “If you want to have a housing project,” said Ibañez, “you aren’t just thinking about profit, you also think about social impact. It’s about being able to change the lives of people.”
In the thesis, the informal settlers would have subsidized rentals and livelihood training as well.
“We’re building a community,” explained Reyes. “It’s about how to give livelihood to people. It’s social innovation.”
“It’s not a mere housing project,” said Buluran. “Constructing buildings is very easy. But the challenge is the sustainability.”
For Buluran, also a part-time professor, the case studies from the MBA class helped her improve her classroom management skills.
For Ibañez, the MBA program has made him take more prudent decisions.
Reyes agreed. “Now in my work, I’m more involved in the planning of my office. I now can contribute and make inputs based on the knowledge I gathered from the MBA.”