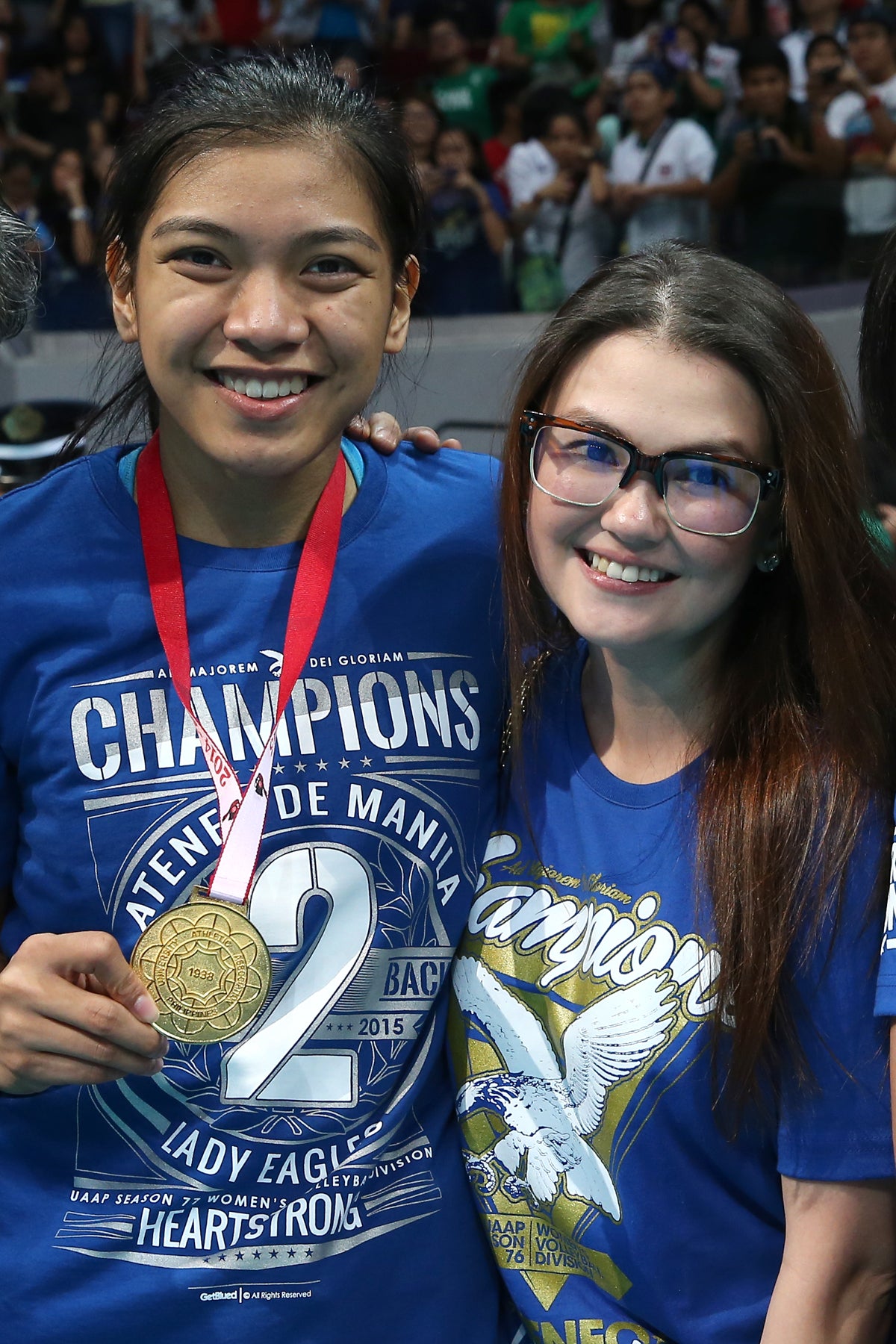 A tale of two champions

THE END of the volleyball season of the 77th University Athletic Association of the Philippines (UAAP) for both men’s and women’s divisions, one color dominated: blue. However, their stories could not be more different.

The men’s volleyball team experienced a resurgence in Season 72, when they entered the Final Four for the first time.

Last season, the Ateneo Blue Eagles went on a storied run that brought them to the finals; but they failed against the NU Bulldogs. Rookie sensation Marck Espejo and the rest of the team were outplayed by the more experienced Peter Torres, Berlin Paglinawan and the rest of the Bulldogs.
This season, after a string of losses, the Blue Eagles redeemed themselves and were on top after the elimination round.

The Blue Eagles dispatched the Falcons in four sets in the Final Four, while National University (NU) had ground out two games with the UST Growling Tigers. These two teams met for the second time in a row, and Ateneo made short work of the Bulldogs, winning the series in two games.

Ish Polvoroza came away with the Best Setter and Finals MVP awards. These are icing on the cake as the Blue Eagles won their first UAAP title in history.

How do you top the Cinderella story of last year? Sweep the new season by posting your 16th straight win for the championship.
Last year, the Lady Eagles overcame a do-or-die game against Adamson, and went the distance with NU and De La Salle University in the stepladder and finals, respectively.
This year, it was the Lady Eagles who swept the elimination round and were chased by six other teams in one of the tightest competitions in UAAP history (only one team was eliminated from the stepladder after Ateneo swept the round).

The thrice-to-beat advantage was a blessing and a curse. The Lady Eagles got their much-needed rest, since rookie sensation Bea de Leon was just coming off a dislocated finger, and her substitutes Aerieal Patnongon and Maddie Madayag also on the injured list. They were, however, susceptible to rust after the three-week layoff. They knew it more than anyone else, since they were the ones who overcame La Salle’s thrice-to-beat incentive last year to win their first UAAP crown in history.
Fortunately, coach Anusorn “Tai” Bundit’s training, mixed with a champion’s composure, overcame rust and won second straight. Of course, La Salle without its captain and keystone were a factor, but the Lady Eagles never made that an excuse. They prepared for the Finals looking at La Salle as the “three-peat” champions that they were.

Tonight, the Eagles will be honored as the Ateneo hosts its annual bonfire at the Grade School grounds. Volleyball is bigger than ever before. Everyone is now tuned in, from politicians and celebrities, to athletes, down to the regular Joe.
Games were played from the sweltering Blue Eagle Gym to the state-of-the-art Mall of Asia Arena. The champions are now household names.