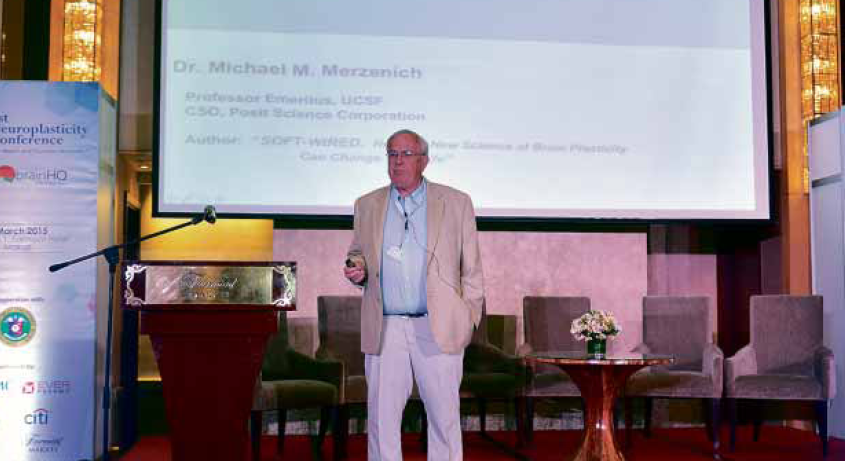 BrainHQ: Exercising the mind heals the body, too

MANILA, Philippines–He could barely move the left side of his body after his freak car accident last year.

His car slammed into an electric post in Sucat, Parañaque City, early on July 25, 2014, breaking his ribs and causing him a paralyzing head injury. His family thought he would not survive.

But three months later, the 29-year-old man could walk without the aid of a cane and even do most of the things he could do before his accident.

According to his parents, who requested anonymity to protect his identity, his recovery was sped up by physical therapy sessions and a computer application that allowed him to exercise his brain.

He was among the first users of brainHQ, a computer-based technology comprising mental exercises that improve users’ memory, mood, personal and social skills, balance and navigation, and intellect.

His mother said that since he went on the program last September, his memory and motor skills had improved.

“He is ready to go back to work soon,” his mother told the Inquirer in a telephone interview.

Dr. Michael Merzenich, a leading neuroscientist in the United States and the creator of brainHQ, together with Filipino neurologist and neuropathologist Patricio Reyes, brought the program to the Philippines, hoping to make the country its hub in Asia.

Reyes is the director of the Alzheimer’s disease and cognitive disorders program at Barrow Neurological Institute–St. Joseph Hospital and Medical Center in Phoenix in Arizona. He is also a cofounder and the chief medical officer of Yuma Therapeutics, a Harvard-affiliated biotech company in Boston.

He developed two treatments for Alzheimer’s disease. But after working with Merzenich, the pioneer in research into “brain plasticity” (the ability of the brain to change), Reyes believed the mental workout of brainHQ was the best medicine for brain diseases and injuries.

One of the two treatments for Alzheimer’s that he developed costs $220 a month, he said, and often causes unwanted side effects like diarrhea and abdominal pain.

The other, a skin patch, is likewise expensive, Reyes said.

“BrainHQ is a better therapeutic profile because you don’t even have to take anything,” he said.

Those enrolled in brainHQ can use the application using their smart phones, tablets or computers, he said.

The program, backed by 70 peer-reviewed papers that document its benefits to the human brain, was created by the US company Posit Science.

As the program got positive reception in the United States, Reyes decided to set up brainHQ Philippines with the help of two neurologists based in Manila—Dr. Corina Macalintal and Dr. Vincent Macalintal—and a business partner, Sylvia Cancio, who now serves as president and CEO of the company.

“This is a major breakthrough. We have evidence to prove that the program makes the brain resistant to degeneration and it can help the brain to heal and regain functions without the use of drugs,” Reyes said in an interview at brainHQ Philippines on Chino Roces Avenue in Makati City.

The company introduced the program in the Philippines in March last year, and several people had been licensed to use it since.

“There is still little awareness about it. But we are trying to introduce it to physicians in the country,” Reyes said.

But testimony on how the program sharpens the mind has reached the group. Reyes said users could feel the benefits three months after starting on the program.

Merzenich and Reyes spoke at the First Neuroplasticity Conference in Makati City earlier this month to introduce the brain-training program to medical practitioners and other interested people.

Brain training has become popular in the United States since the introduction of brainHQ and its rival, Lumosity. Reyes swears brainHQ, being research-based and backed by 70 peer-reviewed papers, is the better program.

Merzenich has spent decades studying neuroplasticity. Reyes said it had debunked the old concept that the brain, a few years after birth, becomes permanently wired and has a certain number of cells.

“We were taught that you cannot change your brain,” Reyes said.

But research and experiments later proved that brain cells can grow back and that the brain has the ability to produce new cells called “neurogenesis.”

How can it be done? By stimulating the brain cells, Reyes said.

Brain training through exercise stimulates brain cells, causing them to heal and the damaged ones to regrow—an important finding considered a step in the treatment of brain diseases that commonly afflict the elderly.

According to Reyes, some brain disorders like Alzheimer’s could begin at an early stage and without showing symptoms.

“Whenever someone comes to see me because of a very mild memory loss and cognitive decline, I can be sure that the process of degeneration happened 10 to 20 years ago,” he said.

Exercising the brain, he said, could prevent disorders, if not totally cure them.

The exercises are organized into challenges that target specific brain processes such as memory, attention to details and cognitive flexibility.

The brainHQ program, which should be used at least 90 minutes a week, has proven beneficial not just for the elderly but for young learners as well.

Asked if it can make an average learner a genius, Reyes said that it is possible because the brain keeps on changing through constant practice.

The brainHQ exercises are organized into “challenges,” a short course that targets specific brain processes and real-world benefits.

The exercises become more challenging and difficult as the performance of the user improves.

In one exercise to improve the eye for detail, three butterflies appear and the user has to match the ones that are alike.

In a “mind-bender” exercise, the user must tap an answer between two choices in a split second. The higher number must be tapped if the choice comes up in digits and the lower one if in words.

Rich Castro, brainHQ Philippines brand marketing executive, said those who wished to enroll in the program may dial 800-MIND (6463) or +63 (02) 7537 or visit the company’s office at 2240 Chino Roces Avenue, Makati City.

A brainHQ license for a year in the Philippines costs P3,600, lower than the $98 price in the United States.

“It’s an eye-opener for us. Our normal practice is going to the gym to make ourselves fit. But there is more to that. We have to take care of our brain,” Castro said.

For a better mood–and better health–you’ve got to feed your brain, too

You can rewire an aging brain