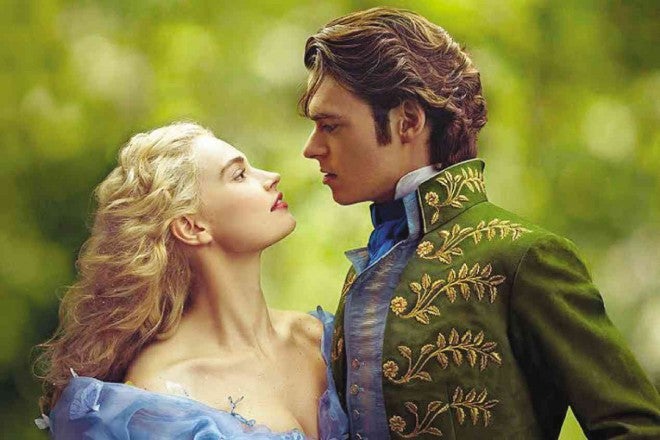 Walt Disney Studios reintroduces the timeless tale of “Cinderella” to the 21st-century audience, bringing humanity to the fairy-tale characters while preserving the unforgettable elements from the animated classic.

Director Kenneth Branagh had never toyed with the idea of directing a fairy tale before, but he said he was drawn to the story when he read Chris Weitz’s screenplay.

“I was captivated by the power of the story and felt I was in sync with the visual artistry that was being developed,” Branagh said. “It’s a classic piece of storytelling where the central character goes on a journey that we can really identify with, so the texture and landscape of a great story was wonderful to play with as a director.”

The 1950 animated film “Cinderella” is included in the American Film Institute’s list of the “10 Greatest Animated Films of All Time” and is an enduring fixture on America’s pop-cultural landscape.

The origins of the story date back to the first century and the Egyptian tale “Rhodopis” by the Greek historian Strabo, which is considered the earliest known version of the story on record.

In 1697, Charles Perrault’s French interpretation of the tale titled “Cendrillon, or the History of the Little Glass Slipper” was published, which introduced the fairy godmother, the pumpkin carriage and the glass slippers.

The Grimm Brothers’ take on the story, “Aschenputtel,” which came out in Germany in 1812, featured a wishing tree that grows on her mother’s grave in place of a fairy godmother and set forth a much darker tone. However, it is Perrault’s adaptation that is most similar to Disney’s. Since then there have been countless incarnations of the story.