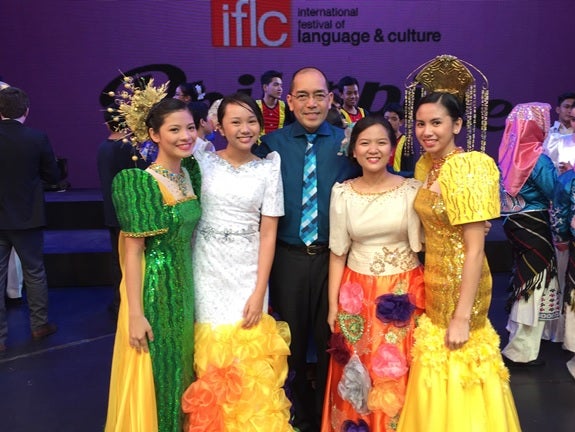 Davao City, PHILIPPINES – Four teenage Dabawenyas have recently been chosen by the Integrative Center for Alternative Development (ICAD) Foundation Inc. to represent the Philippines in several cultural festivals across the globe. All scholars of Musikademy, the four are: Janelle Velez, Fatima Malate, Khennah Landanganon and Frances Guino-o. They are set to participate in different editions of the International Festival of Language and Culture (IFLC) in Asia, Europe and the United States.

The four talented teens are also voice scholars at Musikademy, the city’s premier vocal music school. They are among eleven young singers selected from all over the Philippines as representatives to these festivals.

Janelle Velez participated in the IFLC in Bangkok, Thailand and will travel to Washington, D. C. in May for the US edition. She is a high school senior at Precious International School of Davao.

Fatima Malate is also a graduating high school student at the Ateneo De Davao University. She recently went to Johannesburg, South Africa this March to participate in the IFLC there.

For the IFLC in the French capital Paris, Frances Guino-o (a niece of fashion icon Boy Guino-o) will be leaving this first week of April. Frances is a fourth year high school student at the Ateneo De Davao University.

Finally, Khennah Landanganon will be going to Jakarta, Indonesia this April as well. Khennah will graduate high school this year from the Precious Internal School of Davao.

The four Musikademy scholars participated in the Philippine edition of the IFLC last March 3, 2014 at the Newport Performing Arts Theater in Resorts World Manila. Selected young performers represented fifteen countries from all over the world, including Kazakhstan, Tajikistan, Tanzania, the USA and others. The event was attended by government officials and foreign dignitaries, including DepEd Secretary Bro. Armin Luistro and University of the Philippines president Alfredo Pascual.

The ICAD Foundation, Inc. operates the Fountain International School in Greenhills, Metro Manila and the Turkish Tolerance School in Zamboanga City, which has 400 students. It aims to establish schools all over the world, to promote peace and understanding through education among people of diverse cultures. According to its Davao representative Ufuk Balci, the foundation is looking into the viability of putting up an international school in Davao City.