‘I like to see customers smiling’ | Lifestyle.INQ ❮ ❯ 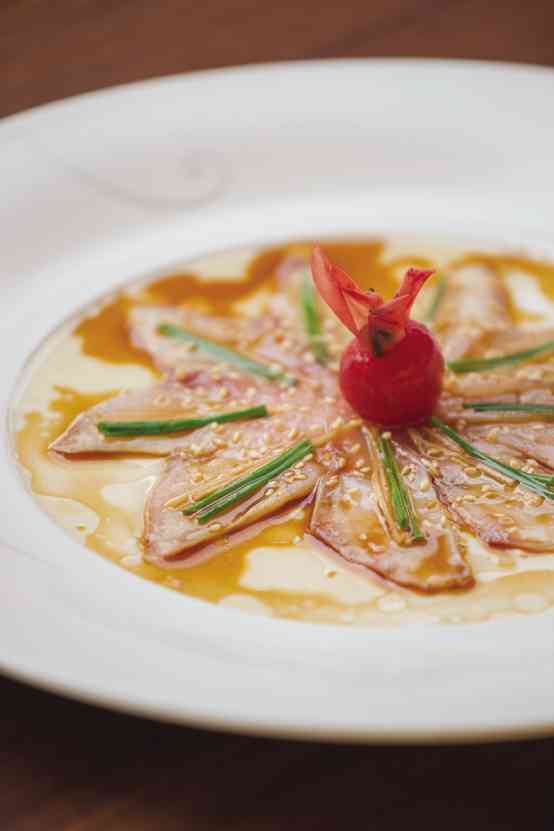 Some 300 paying customers at City of Dreams Manila got the chance to dine at a special dinner at Nobu recently. The restaurant has been open since December but at the dinner last week, chef Nobu Matsuhisa himself was there to oversee the preparation of the meal, priced at P7,000 each.

Some of the signature dishes prepared by Nobu and his team included yellowtail sashimi with jalapeño and black cod miso.

Those who expected to see the chef slicing and dicing behind the sushi counter the whole night might have been a bit disappointed, but they didn’t have to be. In an interview with lifestyle reporters earlier that day, chef Nobu said he had complete faith in the skills of the well-trained kitchen staff.

“People come to Nobu not because they want to see celebrities. They come because they enjoy the food, appreciate the consistency, and know what to expect,” he said.

Nobu Manila is the 32nd branch in the chain and offers contemporary fine dining in a venue that can seat 335.

The menu, described as modern Japanese, was inspired by the chef’s travels and working stints through North and South America in the 1970s and the ’80s.

In January 1987, chef Nobu opened Matsuhisa, his first US restaurant in Beverly Hills, California. Matsuhisa was an instant success and drew food-lovers and celebrities alike. One of the latter was actor and director Robert de Niro, who urged the chef to partner with him in a new venture.

In 1994 they opened the first Nobu in New York City, together with restaurateur Drew Nieporent.

Japanese chefs are often timid, preferring to let their expertise speak for themselves. But not Chef Nobu. His exposure to Hollywood—he has had several cameos in such films as “Casino,” “Austin Powers in Goldmember” and “Memoirs of a Geisha”—has made him quite the glib speaker. During the interview, he gamely answered all questions, managing to come across as chatty and approachable but also getting his point across when needed.

That day, he showed up at 12 noon on the dot but expressed dismay when he noted that not everyone had arrived. Instead of waiting for them, he opted to start the group interview.

Chef Nobu had an opinion on almost everything. Naturally, most of the topics were food-related. “Diets don’t make sense. You should eat and then you exercise. Food builds muscle,” he said.

“I’m willing to try most types of food but I draw the line at snake soup,” he pointed out.

He did, however, try the champorado at Nobu Manila’s breakfast buffet and found the combination of “rice, chocolate, milk and dried herring” interesting.

He also sampled bangus (milkfish) and is considering putting it in the Nobu menu, “although, if ever I do it, it will be given the ‘Nobu style’ of preparation. I need to ensure quality control.”

As we sampled the yellowtail jalapeño that day, the chef narrated how the dish came about. When he was still living in South America, the kitchen staff would sometimes have dinner together after work. “We served a big fish that night. I looked in the refrigerator and the pantry and found some cilantro, jalapeño and rocoto chili paste,” he recalled.

He dabbed the sliced raw fish with rocoto, placed the cilantro in the middle, and drizzled everything with yuzu and lemon juice.

“My companions were all surprised. They wondered if the dish was meant for the restaurant guests. I told them I made it for them,” he recounted.