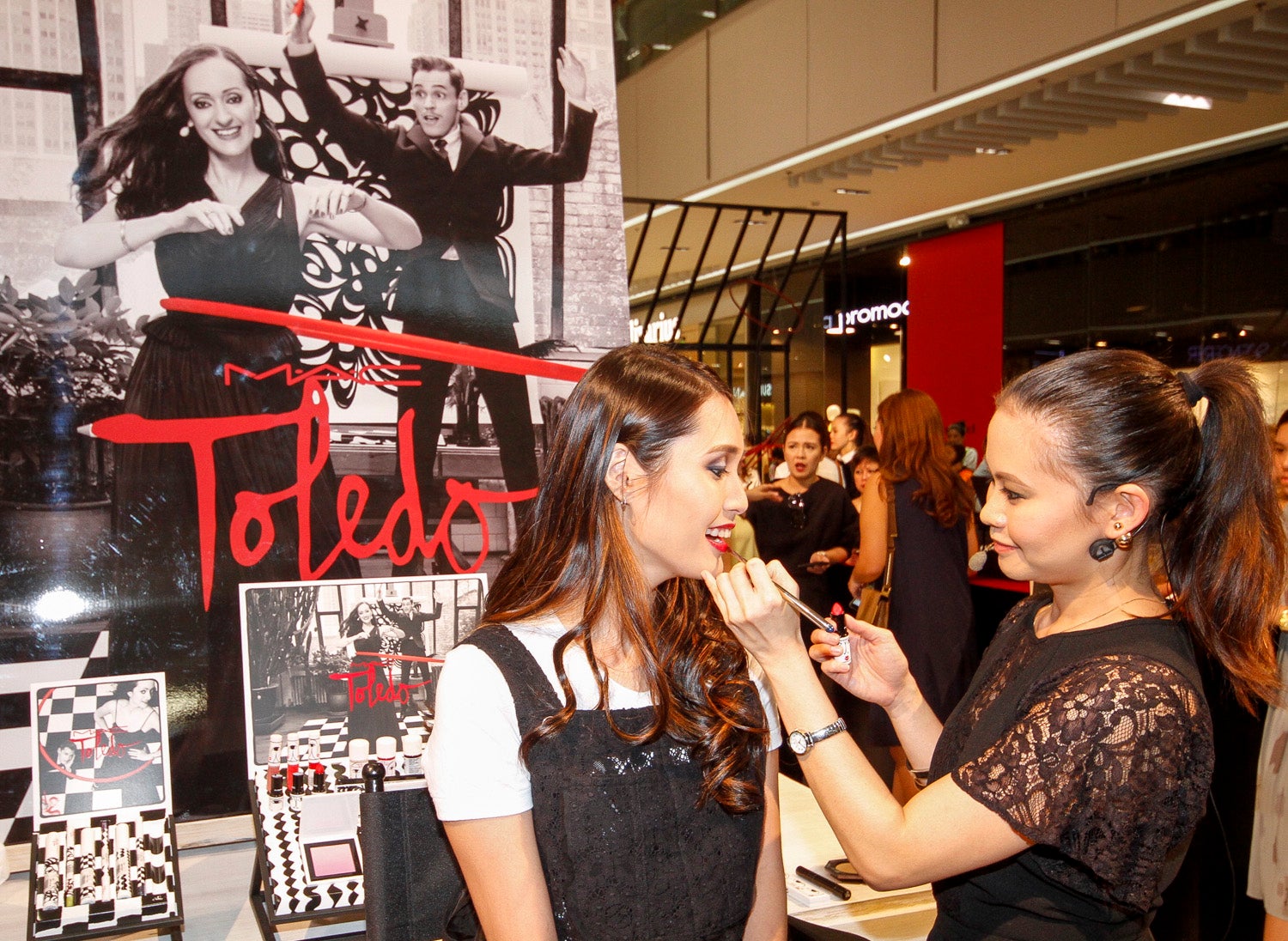 The limited-edition collection had its local launch recently at SM Aura.

The couple began collaborating last year with MAC to produce the collection—from new and catchy shades such as Opera, Tenor Voice, Barbecue, Vixen and Venus Red, down to the makeup’s whimsical white and black packaging.

“I think that’s one of the reasons why MAC has become so popular all over the world,” he said. “The brand suits almost everyone. Our shades are not limited to a specific group of people. We cater to all races, sexes and ages.”

MAC Toledo blushers such as Azalea Blossom, Bright Peach and Kindergarten Red each come in three gradating shades, which users can combine or limit to one or two depending on their mood and the occasion.

“With a sweeping stroke of the brush, they could mix everything together,” said Mañosca. “If they want a brighter hue, they could limit it to one area of the blusher and use the lighter shade as highlighter.”

“Everything in the palette has been preselected to suit day and night looks,” said Mañosca. “It all depends on how you mix and match shades. You can even mix regular MAC items with certain items from the MAC Toledo collection.”

Mañosca, who works at MAC’s store at Power Plant Mall, also vouched for the products’ “longevity and opacity.” Despite the summer heat, MAC makeup holds up longer than most brands without losing its fresh and vibrant qualities.