Why Jay Tablante is the king of 'Geekology' | Inquirer Lifestyle ❮ ❯ 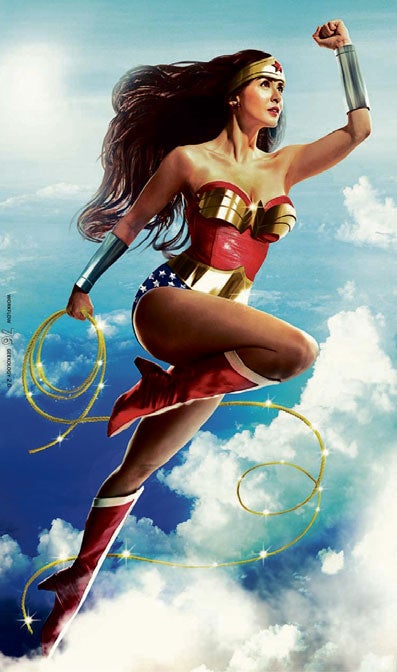 Why Jay Tablante is the king of ‘Geekology’

For once, Jay Tablante is the subject.

Standing in a boxing ring, he is giving a tutorial in that arcane art of cosplay photography.

Outside the ring, countless lenses are pointed at him, the cameras snapping one after the other as if under Tablante’s control.

Surrounded by followers and fans, Tablante has descended on Bonifacio High Street in Taguig, specifically at the 9th-year celebration of Digital Photographer Philippines, to launch his new book from Anvil Publishing, “Geekology 2.0: Techniques in Cosplay Photography.”

The hyperactive Tablante generates a unique wattage among the gathered throng, almost as much as the guest signing books next to him, the muse of  “Geekology 2.0,” the wildly popular actress Marian Rivera.

She appears on one of the covers of “Geekology 2.0” as Jean Grey of Marvel’s X-Men. She looks like the real thing. This is Tablante’s uncanny mutant power, to take what is only imagined in comic books, movies and animé—and project them in images just one dimension short of reality.

The X-Men, after all, are among Tablante’s earliest influences. Perhaps the top cosplay photographer around, Tablante has spread the gospel of his craft from Singapore to San Diego.

“Cosplay started because we are fans of a franchise, of a comic or animé, and we want to live it. So you have these people who are so much into the franchises or characters that they want to be them.”

His amazing gift for photography is spawned by an unusual force—frustration. “I’m a frustrated artist,” he admits. “I am envious of artists like Leinil Yu and Carlo Pagulayan, the Marvel artists here. They can do magic with a pencil. I can’t. I know I’m creative but, let’s see, I’ll use photography as a means to make it come to life.”

He’s done an astonishingly good job, as encapsulated by his first book, 2012’s “Geekology 101: The Cosplay Photography of Jay Tablante,” which took five years to make. That book was more a collection of  his work, he says, while “2.0,” which is both more technical and philosophical, was a project three years in the making. This flip-book is as much how-to as it is a why-not.

“In ‘2.0,’ what we had was an offshoot from all the lectures I’ve been giving under Canon,” he explains. “There were unfinished pieces I had for a master’s degree… It was a huge piece on pop culture, animé, the comic book revolution, things like that. I started writing my theories about it. In the other side of the book, there is even a section where I divulged all our techniques from lighting to postproduction, everything.”

The hard part is keeping up with the trends, Tablante acknowledges, as characters’ looks change all the time. “It’s an evolution,” he says.

It’s important that people recognize the character immediately. “You see a comic-book, movie or animé character and you think about how to translate it into real life. It’s being imaginative and resourceful enough. That’s the big challenge, capping it at a particular budget.”

In the process, Tablante has learned everything from fashion and production design to makeup. He doesn’t just show up to shoot. A cosplay image might take an entire month to do, and Tablante is involved heavily from the very beginning, even choosing the right fabric.

“It’s the whole creative process,” he says. It also goes way beyond Photoshop. “There’s only so much Photoshop a photo can handle, but a well-lit image can take a lot.”

It’s also about finding the right model. In “Geekology 2.0,” Rivera appears inside as DC’sWonder Woman.

“It so happened that casting became a crucial part in producing these images so my muse for that shoot has to look like that character.

Marian fits in the case of Wonder Woman and Jean Grey because she has that Spanish mestiza beauty that matches when you compare it to the comics,” says Tablante.

“Geekology 2.0” features a superior assembly of models and characters: Alodia Gosiengfiao as Harley Quinn (she’s also on the other cover); Jinri Park as Sailor Mars; Nikki Veron Cruz as Alexandra Trese; and Carla Abellana as Phoenix, among many others.

Chun Li, Lara Croft, Psylocke and Catwoman are here, too. They all look like they’re ready to burst from the glossy, full-color page, into action beyond animation.

Ever the dreamer, he’s already got his sights set on his next big adventure: “Archie! I want to do an Archie comic book shoot, to recreate Archie. I’m not trying to do just comic-book superheroes per se, and I enjoyed reading Archie.”

That idea is one of many that occur to him when he’s working in cosplay photography.

Otherwise he earns a living as a professional photographer or engaging in his new passion: the martial art jujitsu. “I’m just a white belter,” he points out. “I’ve been at it for a year now. I’m so addicted to it.”

He says it gives him mental calmness and the opportunity to express himself.

Self-expression is something Filipinos love, which is why Tablante, a geek king himself, is not surprised his countrymen are such cosplay fans: “We’re a creative bunch. We will find ways to express ourselves.We’re just into it.”

Tablante knows this calling is an amazing privilege: “The best part is getting to imagine all these things. When you think about a character, how do you make it come to life? It’s both the hard part and the best part.”

As “Geekology 2.0” proves, Tablante is leading his own digital revolution and the next generation of cosplay photographers. He has one more secret to share this day: “Keep on reading the comics, keep on watching the animé, but at the same time, do not lose grasp of the old-school techniques that make photography, photography.”