A night with 1D–the best time of our lives | Lifestyle.INQ ❮ ❯ 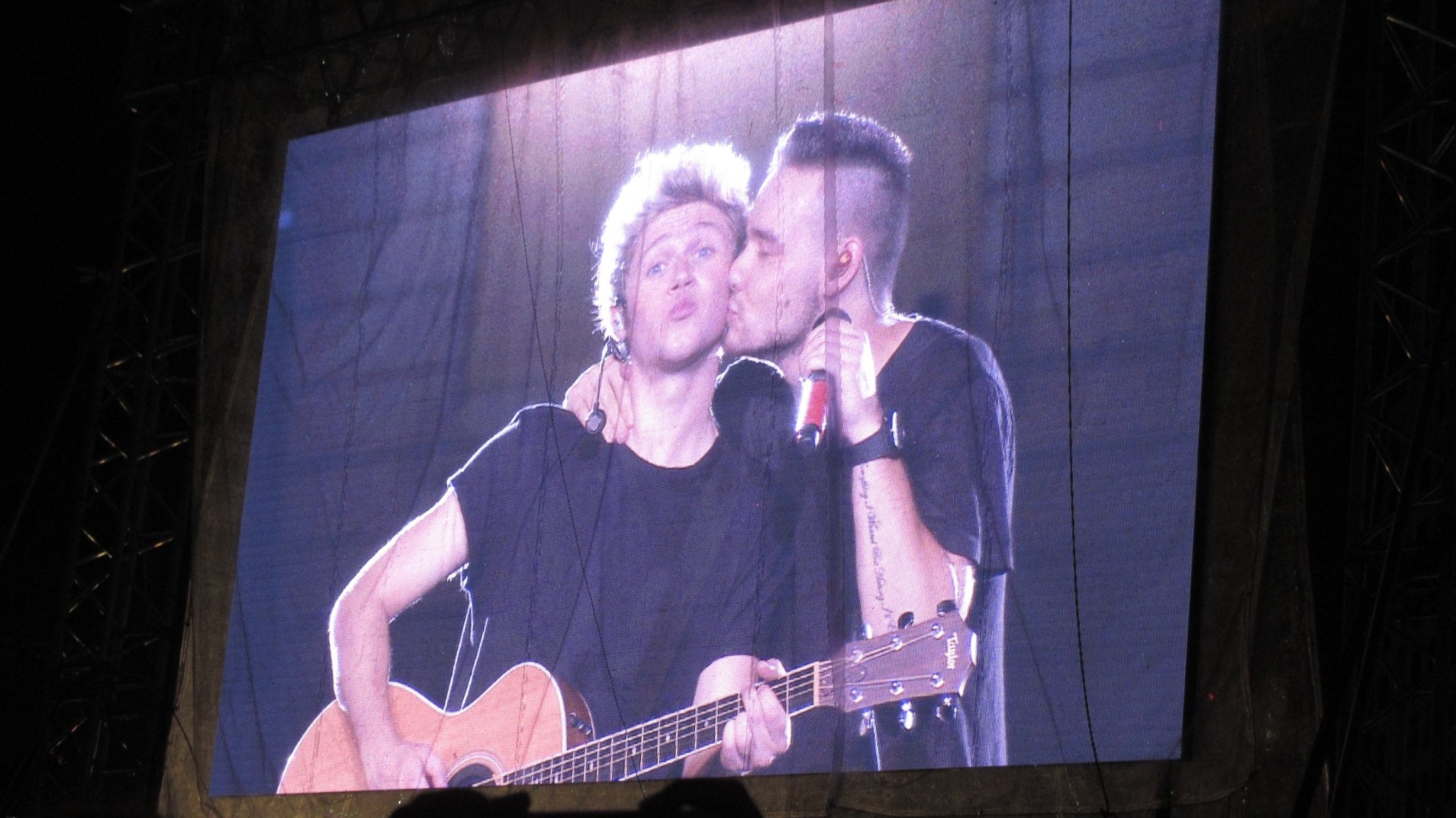 A night with 1D–the best time of our lives

WE ARRIVED at the venue drenched to the bone. The drizzle became stronger and steadier, dousing SM Mall of Asia open grounds on the second night of the One Direction (1D) concerts in Manila.

As it rained, my 9-year-old sister Christine and I sought shelter under a tarpaulin, waiting for the show to start.

But first, a bit of history. After placing third in season 7 of the TV show “X Factor,” Harry Styles, Louis Tomlinson, Liam Payne, Niall Horan and Zayn Malik were propelled to stardom.

The London-based British-Irish pop band has recorded four albums under Simon Cowell’s Syco Records: “Up All Night” (2011), “Take Me Home” (2012), “Midnight Memories” (2013) and “Four” (2014). 1D grew large fan bases worldwide with songs that topped the charts including “What Makes you Beautiful,” “One Thing,” and “Kiss You.” “They’re all very charming, cute and funny,” gushed Nikola Lacson, a 17-year-old fan who showed her devotion through the 1D paint on her arms and face.

“They just make me so happy,” added Aisha Lacson, Nikola’s 16-year-old sister who was also garbed in yellow and sported 1D paint.

They joined the tens of thousands of One Directioners, many of whom were so excited that they lined up early afternoon to get inside the venue.

What was interesting about 1D’s Manila concert was that this was the first time the group
performed without Zayn (he has since officially left the group—Eds.), who “has been signed off with stress and flew back to the UK to recuperate,” as 1D management said.

“I was really disappointed because, for four years, I’ve been wanting to see them perform live and, well, complete. It would’ve been really great to see them all,” 17-year-old Ycia Patrice Herrera said.

However, many online news sites reported that the real reason Zayn quit the tour was to mend ties with his fiancee, Perrie Edwards, who saw an Instagram post of him with another girl in Bangkok.

“I think we should just leave it be. Let’s just trust them both to fix their problems… It’s their
private lives, not ours,” Ycia opined when asked what she thought about Zayn’s alleged cheating on Perrie.

But even without Zayn, the rest of 1D delivered an amazing performance. The band played 23 songs, starting with “Clouds” and ending with “Best Song Ever”—with the audience singing along.

The group also rendered covers of “I Will Survive” and “Happy Birthday,” the latter dedicated to crew member Toby who briefly went onstage to acknowledge the greeting.

The most touching thing is that 1D showered attention to the fans, especially many of us at the back; the members kept asking us if we were okay.

Midway into the concert, the group read aloud some messages on the fans’ posters.
There was laughter as Liam tried pronouncing a nonsensical word.

“We hope you had fun, because that’s what matters,” Harry said before joining the other three for the finale. Throughout the concert, 1D’s members did not focus on themselves, the way other artists were wont to do.

Instead, they made it all about their fans, dedicating the show to them. That’s the reason they’re so loved.

My sister and I got home with our voices hoarse and with a few souvenirs from 1D World PH, One Direction’s official concert merchandise store in the Philippines.

We had to claw our way through a huge crowd of One Directioners for a 1D necklace, a 1D shirt and a pack of signed photos.

But it was well worth it, because the Manila leg of the group’s On the Road Again Tour was nothing short of spectacular, as it gave the fans the time of their lives—a night of good music, British boys and a whole lot of fun.