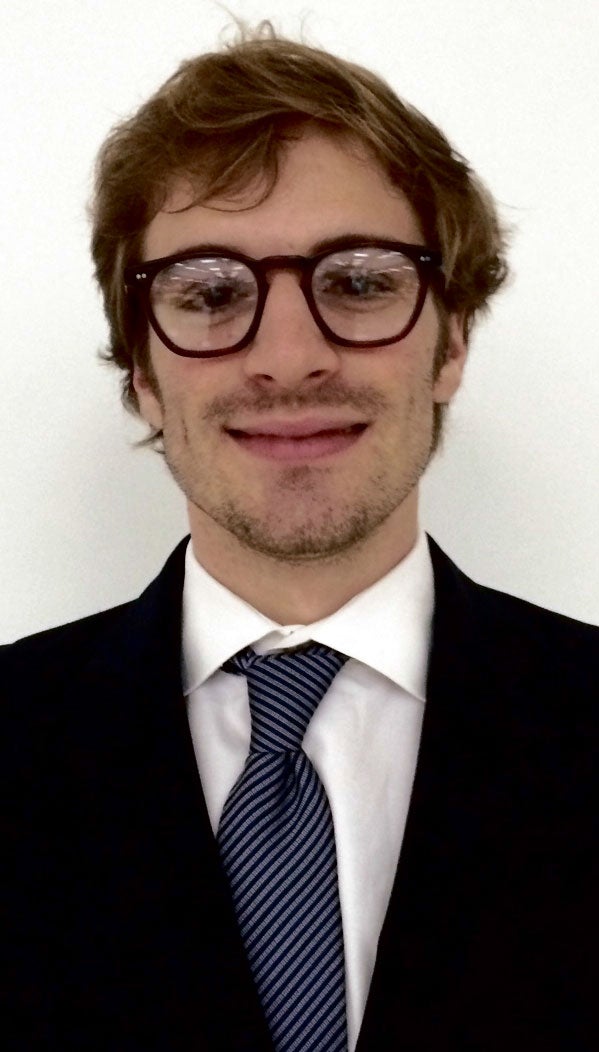 Mental disorders still carry a stigma even in this era of progressive thinkers, a century after Freud conceived of psychoanalysis.

Many are forced to hide behind polite smiles, feeling disgraced by a medical condition they have no control over. Advances in neuroscience research, however, may just change all that.

“Some parts of society are moving forward—women now have more rights, and gay people are more recognized—but depression, for example, is something people still don’t want to talk about,” the 27-year-old Italian told Inquirer Lifestyle.

Mental disorders, Parolari continued, have an organic basis, something that is actually happening in the cells that neuroscientists can work on and improve.

A study published in 2006 showed that by isolating p11, a protein normally present in the brain and in many other cells, laboratory mice displayed depression-like syndromes.

“It seems that this happens on a molecular level, inside the cells, so they are very, very small. By changing the p11 levels, we can ultimately affect the behavior and improve the life of people,” Parolari said.

Increasing the p11 protein is possible through an experimental technique called gene therapy. A gene is inserted into the genome, either in a specific part or the entire body, to change the gene expression of a cell or group of cells.

In the case of depression, gene therapy is delivered to a specific part of the brain.

Nobel laureate and neuroscientist Dr. Paul Greengard of the Rockefeller University in New York led the 2006 study, in which he and his team worked on mice that lacked p11.

The mice, Parolari said, when injected in the brain with a viral vector carrying the p11 gene, showed significant improvement.

Although the experiment still has a long way to go before it can be done on humans, Greengard’s team also compared 17 postmortem brains of those who had been diagnosed with depression during their lives with those who had not.

Here they saw that those who were depressive had much lower levels of p11, compared to the nondepressive group.

“It’s going to make depression one of those diseases that people are more ready to accept. I think people will be more understanding of these hard-to-understand disorders and behaviors. As much as drugs can manipulate your mood, like antidepressants, you can definitely act in more specific ways with gene therapy,” Parolari said.

Gene therapy is an invasive treatment. Brain surgeons will have to drill into the skull to deliver the p11 gene into the right spot in the brain.

While studies on long-term side effects are still insufficient, already the mind is open to the many possibilities of neuroscience to improve the lives of those afflicted with mental illness.

“Neurology is the study of nerves; psychiatry is the healing of the soul. It is an interesting approach to combining the pathological understanding we have in neurology together with the inside of our soul—or our way of thinking and our emotions. But how can we get there?” Parolari noted.

Neuroscience is now entering an exciting phase, where different kinds of cells, their gene expression and the differences in their machinery may be identified. These will eventually lead to an understanding of the functions of the different cells, potentially laying the groundwork for the treatment of different types of mental distress where drugs have failed.

“In depression, that means someday, instead of delivering the p11 gene, we might be able to make the DNA produce only the cells we want to be produced,” he said.

Another possible treatment is through a deep-brain stimulation, studied at Paris-Sorbonne University, in which a brain pacemaker is implanted to deliver electricity to the brain to change the activity of specific parts and improve the treatment of depression. This is now being used to treat Parkinson’s disease.

Parolari said that a new experiment led by Dr. Jeffrey Friedman, a molecular geneticist at Rockefeller University, has engineered cells that can be remotely stimulated for gene expression. That means cells can now be triggered, for instance, to produce insulin to lower blood sugar in a diabetic mouse.

Retro-TRAP (translating ribosome affinity purification) is another new technique that creates a snapshot of the gene expression—a molecular profile of the neurons.

Why is this exciting? By mapping the connections, neuroscientists can now see in greater detail why some diseases afflict a specific set of neurons and may someday develop precise treatments for neurological and neuropsychiatric disorders, he said.

“The brain is the last frontier, and neuroscience is the ultimate field of research. Understanding how the brain works will help us glance at the essence of our humanity—how we think, how we feel, how we navigate our world,” said Dr. Joven Cuanang, renowned neurologist and former medical director of St. Luke’s Medical Center.

Cuanang met Parolari in summer last year. A mutual friend from Harvard University introduced them at a time when the young Italian doctor, who intends to become a neurologist, requested to help in the medical needs of Tacloban City in the aftermath of Supertyphoon “Yolanda.”