AYALA Malls sets the stage for its most symphonic season yet, as it becomes the new home for the Metro’s most-revered musical act, the Manila Symphony Orchestra.

MSO goes to the Ayala malls 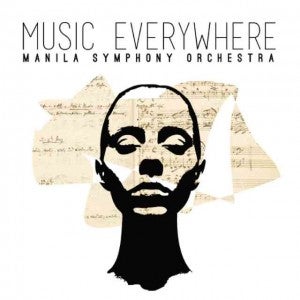 The moment you stepped into The Atrium of Greenbelt 5 in Makati City you heard music everywhere.

And there was Jeffrey Solares, executive director of the Manila Symphony Orchestra (MSO) conducting. But where were the musicians? Oh, they were there on the upper levels of the mall, selected members of the strings, woodwind and brass sections.

It was a nice way to bring classical music to a frenetic commercial center. It was, in fact, the press launch of a new agreement between the MSO and Ayala Malls to make Greenbelt 5 the rehearsal and performance venue of the symphony orchestra, often cited as the oldest in Asia.

Thus, this mall will be the new home of the MSO, with rehearsals in full view of the shoppers and promenaders.

Once a month on a Thursday, there will be a Rush Hour Series of concerts at Greenbelt 5. Concerts are planned in other Ayala malls and, upon request, non-Ayala malls.

Summer workshops are also being planned, with three-hour training sessions for children and teenagers. These will be held at the UP Town Center on April 19, Bonifacio Global City of Market! Markat! on April 26, Alabang Town Center on May 3 and Solenad on May 17.

“Our advocacy is to improve the quality of life of mall-goers,” Solares said. “So instead of enduring the traffic, they can listen to classical music. We will hold rehearsals and recitals here, and there can be a sudden concert. The orchestra is a marginalized sector in our society, and we are happy Ayala has recognized the intrinsic value of music.”

“Classical music does not have to be constrained to a theater,” observed MSO marketing director Carlos Garchitorena. “We wanted to unleash orchestral music, make music happen everywhere. And we can play in other malls.”

The MSO season starts on June 20, with the venue of the formal concerts still to be negotiated.

“We have, indeed, found a way to make music accessible to the people,” said Rowena Tomelban of Ayala Malls.