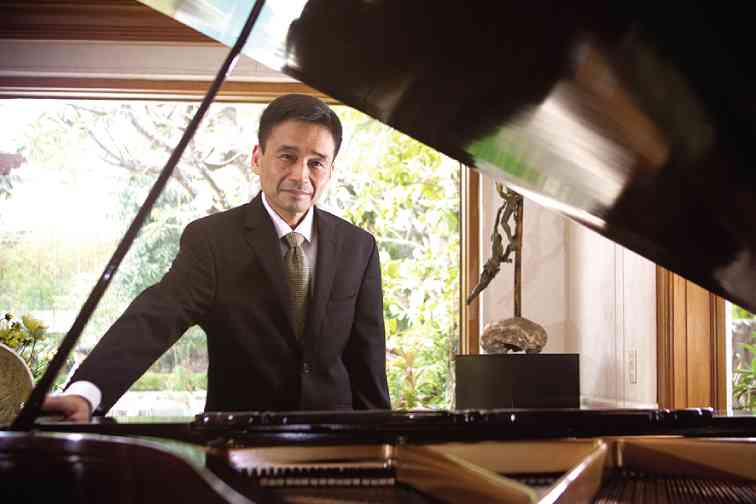 Over 250 Association of Southeast Asian Nations legal luminaries, including chief jurists, were in the audience.

The concert, sponsored by the Ayala Group of Companies, Lyric Piano, Air 21, was held at the Ayala Museum.

Panganiban displayed an incredible outpouring of great depth and vast emotional range and virtuosic ability throughout the flamboyant showpiece concerto, a symphonic love poem, which the soloist and MMCO rendered with great rapport and artistry.

Concerto No. 2 in A Major is one long movement, a symphonic love poem of Liszt, with six diverse sections transforming into open passages, which are contrasting fragments of unique musical romantic expressions evolving rapidly one after another into a plethora of highs and lows from the very emotionally kaleidoscopic Liszt palette.

The episode transformations are ambiguous, yet seamlessly connected with finesse by Panganiban, thus forming into a structured whole, resulting in unity in diversity.

The first section starts with a repetition of the sweetest and most delicate pianissimos, seven times rendered by pianist Panganiban with the most romantic and tender lyricism, moving toward the second section, rising in intensity, enhanced by the violins, and soon transformed into sounds of rippling waters that depict a lightness of feeling, pure joy evolving into pirouettes of swirling moods, entering the third section as the tone progresses into heavy dramatic passages likened to romping heart throbs suddenly mellowing to a soft dialogue between the cellos and the piano.

While one is kept breathless and intense on an imaginary tightrope, the passage suddenly cascades into a romantic symphonic melody that evokes tender embraces and caresses of lovers, enhanced by a romantic melodic exchange between the cellos and the piano.

Another sweet pianissimo transpires that flows into graceful swirls and waltz-like gliding strides atuned to symphonic rhythm and melody—as if one were traipsing the light fantastic with the beloved, with a heart swelling with love and too much tenderness.

It is romancing the moment in complete surrender and total abandon, progressing to the sixth section where emotions rise to a euphoric, ecstatic, emotionally explosive state, showcasing an exhibitionistic, dramatic flair of Panganiban’s deft fingerwork of both hands on the Steinway’s ivory keys, producing thereafter a suspenseful marching rhythm and tonal effect, escalating into intermittent, raging crescendos that bring the Concerto to its grand finale with such intensity that the emotional and physical passion projected by the composer, becomes so palpable.

Panganiban was driven, totally engrossed in his performance with the MMCO. Theirs was Liszt to the hilt.