How kids badgered their folks for One Direction tickets | Inquirer Lifestyle ❮ ❯ 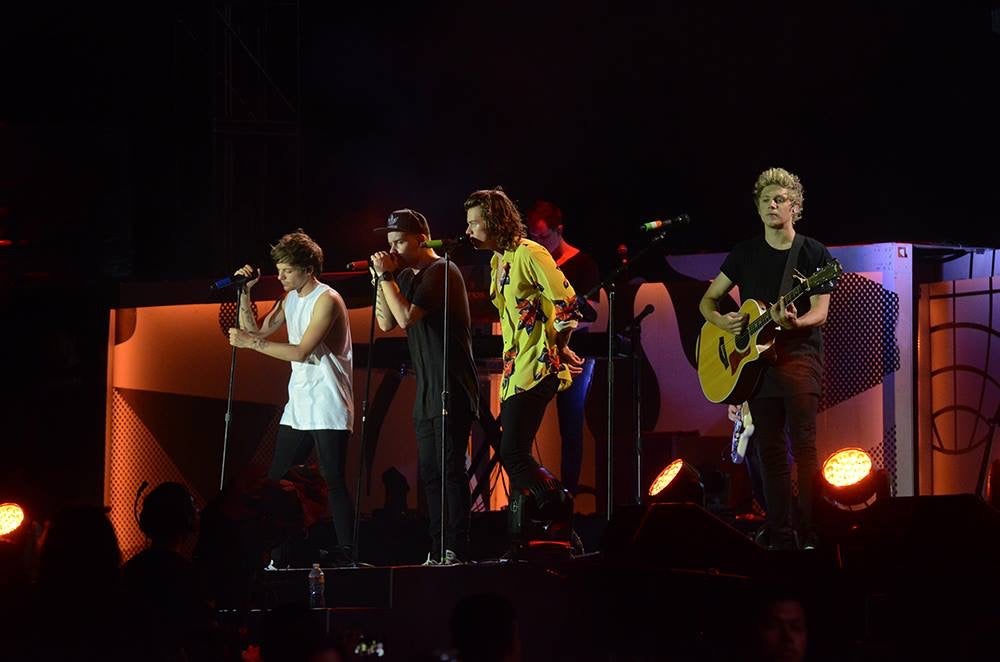 How kids badgered their folks for One Direction tickets

On the morning of March 21, the first date of One Direction’s two nights of concerts at the SM Mall of Asia open grounds in Pasay, a friend sent this message: “My apo texted, she couldn’t sleep, her hands were trembling… looking forward to watching 1D.”

The following day, a few hours before the show, an adolescent girl closed her eyes, heaved a sigh of relief, and snuggled close to her mother upon seeing their newly bought 1D concert tickets.

A few meters from the venue, a virtual army of women waited in line, anxiety and excitement all over their faces.

How did those hordes of schoolgirls convince their folks that the expensive tickets were worth every peso?

A lot of them, we were told, badgered their mom and dad that they wouldn’t ask for anything else for getting good grades this school year—except a ticket to the 1D concert.

A few thousand were fortunate to have won free tickets courtesy of telecom company Smart, which signed up as the concert’s main sponsor.

But it was mostly a case of hindi matiis ng magulang, a situation in which the parents would be “forced” or at least persuaded to give in to their daughter’s plea in exchange for good behavior.

But this was how it was, too, some 30 years ago when we first asked daddy for cash to catch our first rock concert, the band America at Araneta Coliseum, with the promise that we wouldn’t stay out till the wee hours. The only difference was, tickets were relatively cheap then.

Every generation has its musical idols. In the 1940s, so-called “bobby soxers” went crazy over Frank Sinatra. The ’50s saw the birth of rock ’n’ roll, its king Elvis Presley worshipped by women. The ’60s had the Beatles and the Rolling Stones, the world’s greatest pop and rock band, respectively. And so on…

We’re not even talking about K-pop yet.

In recent years, if there ever was a Filipino band which generated such wild fandom as 1D, it was the Eraserheads—whose second reunion concert, dubbed “The Final Set, held March 7, 2009, also at the MOA open grounds, drew some 100,000 fans.

But the 1D gigs had one distinct element that has somehow set the bar in the Manila concert scene: VIP tickets on the first night sold out as early as May 2014, or some 10 months before the show itself.