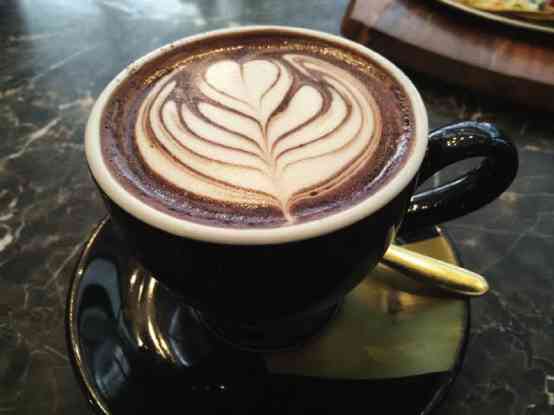 THE COFFEE Academics roasts their own Hong Kong blend, as well as provides coffee to other cafés.

WASHINGTON–Long viewed as a controversial dark substance, coffee is gaining ground among medical experts who say it can protect against heart disease, Parkinson’s, Alzheimer’s and diabetes, even if it is decaffeinated.

Multiple studies published worldwide in recent years have concluded that coffee can be good for the health.

In February, the US government issued new dietary guidelines, as it does every five years.

But this year’s recommendations said for the first time that coffee is not generally harmful, even multiple cups per day.

READ: Effects of coffee on health

“We looked at all the science,” said Miriam Nelson, a professor in the School of Nutrition Science and Policy at Tufts University, and a member of the committee that wrote the guidelines.

“We have found no negative, adverse effects on health when you drink up to three to five cups a day,” she told Agence France-Presse.

“In fact, there is a decreased risk of cardiovascular disease, type 2 diabetes, Parkinson’s disease and a couple of cancers,” including breast and prostate cancer, she said.

She said a “moderate amount” would max out at 500 milligrams of caffeine per day.

Researchers do not yet understand the reason for coffee’s health benefits.

That’s why Tom Brenna, another member of the advisory group that wrote the new guidelines, urged some caution.

“Implying that coffee is going to cure cancer is not a very good thing to do,” said Brenna, a professor of nutrition and chemistry at Cornell University.

But after poring over the research, experts could find no reason for concern.

“There is no evidence whatsoever for negative health consequences in the general population and if anything, the signal was in another direction. It seems to be protective,” Brenna added.

“The real takeaway is, have your coffee in the morning with complete confidence that at least on average, nobody ever found any problem.”

Pregnant women should limit themselves to about 200 milligrams of caffeine per day, just as a precaution, even though the panel found no evidence in reviewing the research that coffee was linked to premature birth, he said.

Nelson would like to see more research on the effects of caffeinated energy drinks that are popular among youths, in order to find out how much caffeine may be toxic.

She also cautioned against the extra calories that come when people add cream and sugar to coffee, which has very few calories on its own.

Both scientists agree that the benefits of coffee, of which each grain contains 1,000 different molecules, goes beyond the caffeine and could be explained by antioxidants like polyphenols, which are also found in red wine and cocoa.

These attributes could also explain the results of a recent study involving 25,000 men and women in South Korea that found those who drank three to five cups of coffee per day had cleaner arteries, with less of the cholesterol buildup that leads to heart disease.

Other studies have linked coffee consumption to lower incidence of Alzheimer’s disease.

Researchers at Harvard University showed in 2011 that women who drank at least four cups of decaffeinated coffee per day had a 20 percent lower risk of depression.

And in 2006, a study involving 90,000 US women showed that drinking two or three cups of coffee — caffeinated or decaffeinated — per day reduced the risk of diabetes.

Coffee may also help extend life, according to a National Institutes of Health study on 400,000 US men and women aged 50 to 71, which found a 10 percent lower risk of dying from any cause — except cancer — among those who drank multiple cups of coffee per day.