Heart failure is not a heart attack–but it can kill you, too | Lifestyle.INQ ❮ ❯ 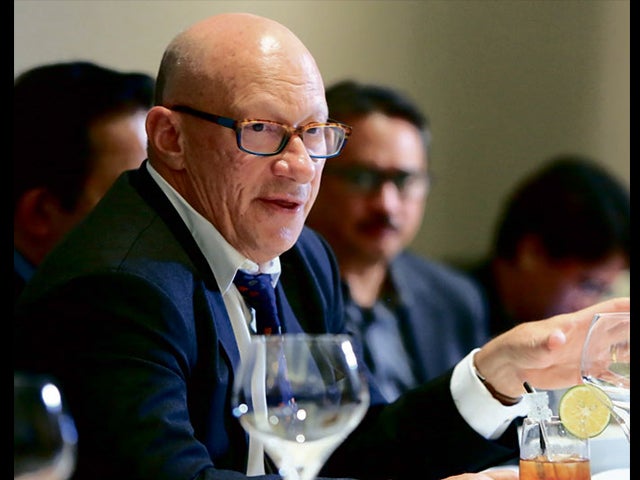 Heart failure is not a heart attack–but it can kill you, too

Cardiovascular disease remains the leading cause of deaths worldwide. In the Philippines, it accounts for almost one-third of all deaths. But a growing menace among heart conditions, one that hasn’t drawn enough attention from the medical industry, is heart failure.

It afflicts an estimated 1.8 million Filipinos.

In the United States alone, the mortality rate of heart failure exceeds that of breast, lung, prostate and pancreatic cancers, and HIV combined. In many cases, heart failure is asymptomatic, diagnosed only at an advanced stage.

But what if there was a cardiac biomarker for heart failure that could screen and calculate, with staggering accuracy, a patient’s impending death?

There is one now. Launched abroad early this year, the ST2 biomarker is now in the country. To understand how it works, one must know what heart failure is.

A heart failure is not a heart attack. It is a condition that causes weakening of the heart wall muscle, enlarging it and preventing it from pumping the required blood and oxygen to keep the body and its organs going. If neglected, this condition will disrupt the quality of life.

Heart failure doesn’t happen overnight. It builds up over time, quietly eroding the life of patients until, one day, they wake up unable to do the simplest task without catching their breaths.

“We have an epidemic of heart failure. There’s more mortality in heart failure than just about all the cancers combined, and there’s more costs than we spend on cancer, and yet much more is made on screening and targeting cancer than heart failure,” said Dr. Alan Stewart Maisel, MD, director of the Coronary Care Unit and Heart Failure Program of the San Diego Veterans Hospital.

Symptoms include shortness of breath; chronic fatigue; difficulty sleeping due to breathing problems; cough with frothy sputum; increased urination at night; confusion and/or impaired memory; swelling of the feet, ankles and feet; swelling of the abdomen; and sudden weight gain from fluid retention.

“There’s diminished blood supply to the organs. Patients with heart failure cannot remove fluid, together with salt, something which the kidney should be able to get rid of naturally,” said Dr. Dante Morales, cardiologist and past president of the Philippine Heart Association.

The thing is, continued Morales, doctors may easily miss 30 percent of the diagnosis if they merely rely on these symptoms, since some people with heart failure do not manifest symptoms at all. He said many of the symptoms are also similar to pneumonia, respiratory diseases, or chronic lung disease.

ST2, a novel biomarker of cardiac stress due to worsening heart failure, has published and peer-reviewed evidence that indicates it is a predictor of mortality. ST2 concentrations correlate with the severity of heart failure.

As the heart begins to fail, it sheds soluble ST2. This soluble ST2 is what the new test measures. An ST2 level of more than 35 nanograms per milliliter indicates risks, depending on exact value, for sudden death, worsening heart failure, and symptomatic decay.

“In the ICU we get four to five acute heart failure admissions every day. And each time the doctors do the same thing to these patients—get fluid out of the lungs, give pills—and they send the patients home, not knowing one might be sicker than the other,” Maisel said.

A more common test performed on patients with heart failure is B-type Natriuretic Peptide, a protein that’s released into the system when people develop heart failure. How does ST2 figure in the picture?

“ST2 can compete on the same level, with added value that it can help separate those who will deteriorate and those who are responding well to medications. Both can be very good together,” said Maisel, who was involved in the development of the ST2 test.

Maisel pointed out that when a laboratory biomarker is measured, it has to be consistent for it to be accurate. The problem is, many biomarkers today have a coefficient of variation (CV) of about 20-25 percent. ST2, he added, showed the smallest CV. Whether measured in the foot or arm, the number is quite consistent, he said.

“A lot of biomarkers are influenced by age, impaired kidney functions and BMI, but not ST2. This is a surrogate that can tell us what is going on so that we can personalize therapy, just like not every diabetic gets the same amount of insulin,” Maisel said.

ST2 is available as Presage ST2, exclusively distributed and marketed by United Laboratories Inc. (Unilab). It has been approved by the Food and Drug Administration (FDA) and carries a CE Mark. A test at the ABC Laboratories costs P2,750. It is also available at the Philippine Heart Center and Cardinal Santos Medical Center.