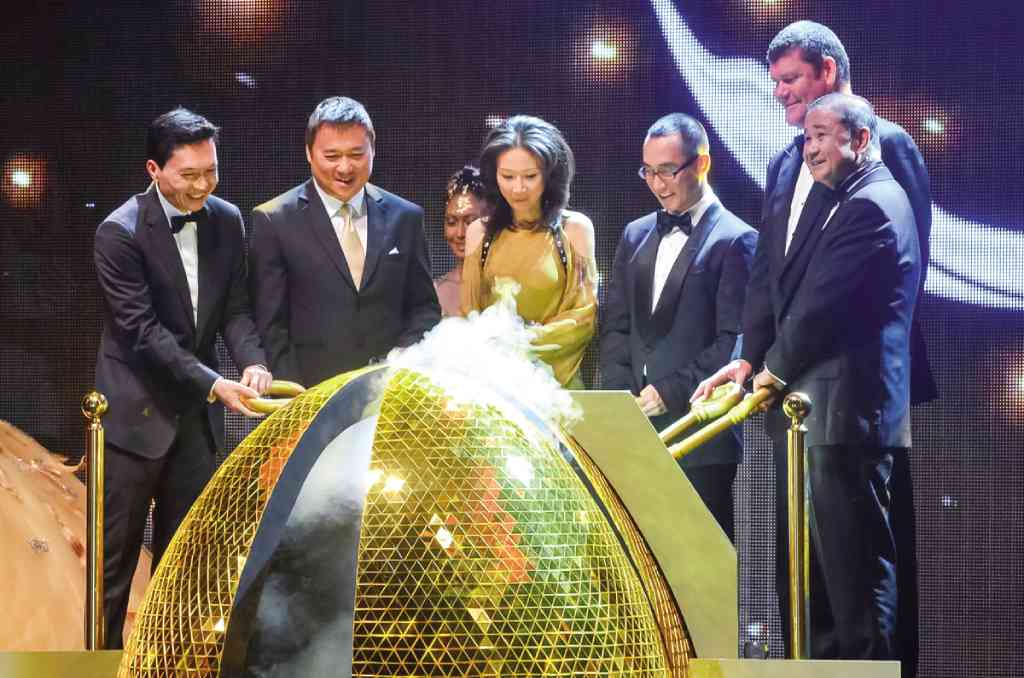 Have you visited City of Dreams Manila, the latest integrated resort to open in the country, dahlings?

Joey Mead introduced the guests on the red carpet: members of the Sy family including Hans and Carol, and Betty;

At the formal sit-down dinner, another program was held, hosted by Daphne Oseña Paez.

“City of Dreams Manila brings together a diverse collection of leisure and luxury lifestyle brands from around the world: Crown, Nobu, Hyatt, the Ault Group, and DreamWorks, which marked its entry with the recent opening DreamPlay,” said communications director Charisse Chuidian. “As such, an exceptional experience awaits all types of travelers and visitors.”

At Your Local bistro and Yardstick café in Legazpi Village, Makati, Toms unveiled its Spring-Summer 2015 Collection of shoes, bags and eyewear.

The latter was particularly eye-catching with its trendy shapes and designs. It also complemented well with Toms’

Highlight was One for One, a promotion in which every purchase of a bag “shall benefit a pregnant mother in need to ensure her safe childbirth,” said La’O.

The charity promotion followed the earlier One for One in which every purchase of a shoe pair is matched by Toms’ donation of a pair of shoes to a poor child.

Model Victoria Herrera, interviewed by the effervescent Sarah Meier about her outreach for Toms, related about “the children and their reactions after receiving their free pairs of shoes.”

La’O later on talked about the plans of the well-loved brand that has been in the Philippines since 2009.

To date, Toms has given over 35 million new pairs of shoes, restored the sight of about 275,000 people, and provided over 67,000 weeks of safe water worldwide. Now this truly deserves a wow, palangga!

Toms has shops at SM Megamall, SM Mall of Asia, SM Aura, The Give Project, Adora in Greenbelt 5, Rustan’s Department Stores, Shoe Salon and all Nothing But H2O stores.

Artisan Cellars and Fine Foods Inc. and renowned Nobu restaurant prepared a dinner that complemented and highlighted the excellence of the fine wines from the DBR group.

Michel Negrier, export director of the DBR group, explained the legend of DBR (Lafite) and introduced top-of-the-line brands from Bordeaux and Languedoc, as well as wines from Chile and Viña Los Vascos in Argentina.

“Once you’ve experienced elegance, you don’t go back to the ordinary,” said Negrier. “We made sure the food was excellently done and paired perfectly with the wine.”

This grand dinner, palangga, was a good way for the guests to experience the tradition of excellence of Lafite, n’est ces pas, mes cheri?