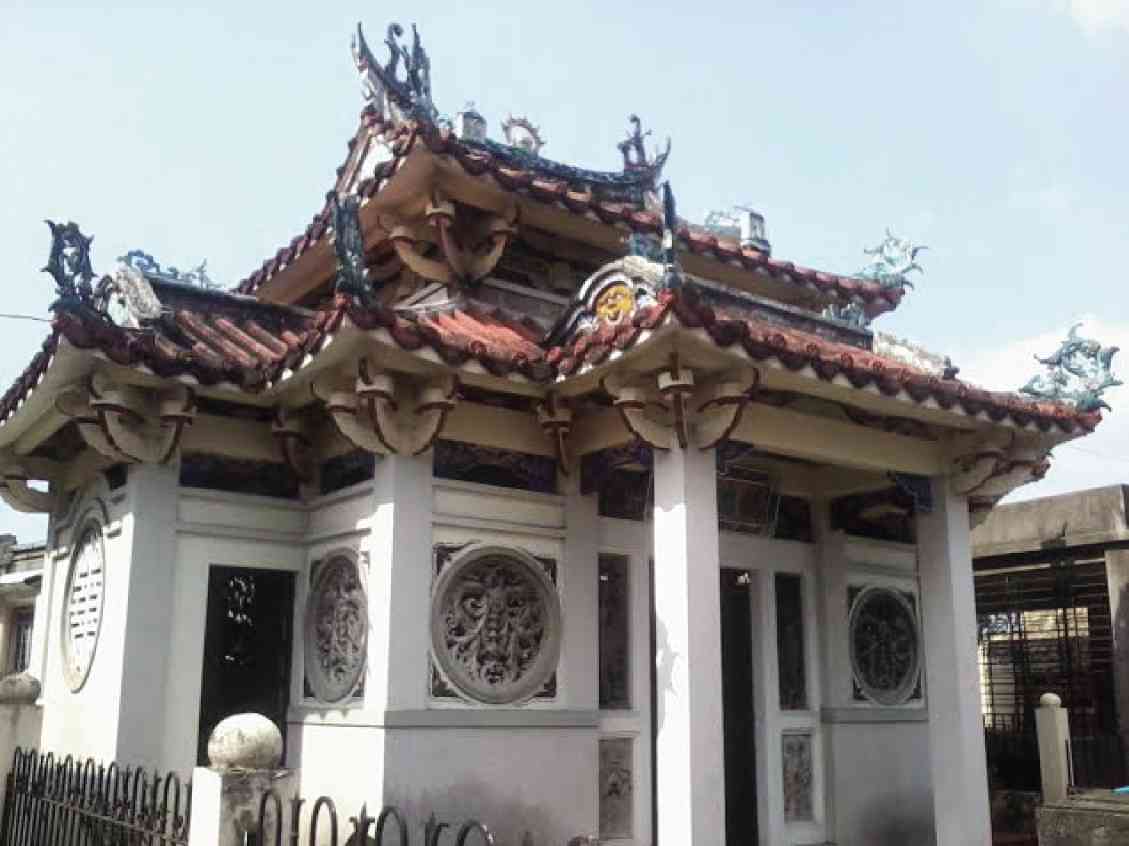 Another Manila landmark, considered an important cultural property under the National Heritage Law of 2009, has been demolished. The reason given was its poor condition.

Following the fate of the old Meralco building, Army-Navy Club, Admiral Hotel and Michel Apartments is the 137-year-old Chong Hock Tong Temple inside the Chinese Cemetery in Santa Cruz district.

The demolition was the handiwork of the Philippine-Chinese Charitable Association (PCCA), the foundation that runs the cemetery; and the Manila City Hall under Mayor Joseph Estrada, which reportedly gave the PCCA a demolition permit.

It was also the Estrada City Hall that gave demolition permits to the Meralco building on San Marcelino Street, Admiral Hotel and Army-Navy Club, and gave exemptions to real-estate developers CDC and DM Consunji to erect inordinately high condominiums in Santa Ana and along Taft Avenue, respectively. The CDC structure marred the Santa Ana skyline, and the DM Consunji building the Rizal Monument on Luneta Park.

Termite infestation and pulverization of its adobe shell are said to be the reasons the Santa Cruz temple was razed to the ground.

Built in 1878, the year the cemetery was expanded, the temple before it that was destroyed had been one of the remaining architecturally significant structures in Manila.

“The building is the best example (actually the only example) of the mixture of Chinese-temple architecture with Filipino-Hispanic architecture,” said church-art historian Regalado Trota José.

José, also the archivist of University of Santo Tomas (UST) and professor of the Cultural Heritage Studies of the UST Graduate School, expressed dismay at the demolition.

He said the temple was a Chinese-style Catholic chapel built on land previously owned by the Dominican Hacienda de Loma, based on records of the UST Archives.

José, former commissioner of the National Commission for Culture and the Arts (NCCA), said the temple was actually a mortuary chapel and the materials used to build it were the same used in the construction of old Catholic churches in the Philippines—bricks, adobe and wood.

Other sources say it was something like a cemetery chapel with Buddhist, Taoist and Catholic elements, and was built for a “commemorative purpose.”

The Heritage Conservation Society (HCS), through its president Ivan Henares, expressed regret over “the demolition of Chong Hock Tong, Manila’s oldest surviving Chinese temple, and shocked at the level of ignorance regarding heritage conservation in the country.”

“Just because there were termites is not a valid reason to demolish the entire temple. Clearly there was a violation of Republic Act 1006,” said Henares.

Henares added HCS “will ask the National Commission for Culture and the Arts or the National Museum to issue a Compulsory Repair Order so that those responsible will be compelled to rebuild the temple to its original design and specifications.”

HCS chair and former director of the Manila Tourism and Cultural Affairs Bureau Gemma Cruz-Araneta did not directly say who was to blame on the demolitions and the string of heritage-conservation issues in Manila.

“There is a law about protecting heritage,” she said. “The City of Manila knows that and, by now, so do the real-estate developers, so do the agencies mandated to protect heritage—so take your pick.”

“And if the ‘Tsinoys’ (Filipino-Chinese) don’t respect and value their own heritage, that is a very serious problem,” she added. “Their place of origin will end up looking like a concrete forest of high-rise cubicles, no more pride of place.”

According to Anson Yu of Coconuts Manila, the online news agency, the PCCA said the temple would be reconstructed in the same style as before “except it will be larger in size.”

“It won’t be an exact reproduction in that they will use stone columns to prevent termite infestation,” he said. “Part of the front will feature stone etching instead of the old wooden panels that featured landscape scene.”

Sources said the demolished adobe-and-brick structure, which had survived calamities and underwent a number of renovations, would be reconstructed by workers from China.

The size of the original structure will be followed but the materials will be different.

The marble plaques showing records of the temple’s history as well as old photos, religious images and the statue of Carlos Palanca Sr. (Tan Quien Sien) will be returned to their places once the new temple is finished, Yu said.

Ivan Man Dy of Old Manila Walks said the Chinese Cemetery was significant since the mausoleums signified how the Chinese had adapted to local culture.

Mausoleums do not exist in China, Dy said.

The cemetery also shows the different architecture styles through the years, the evolution of funerary architecture since 1878, said Dy, who holds regular tours in the cemetery.

Aside from traditional Chinese mound burials, the architecture styles of the structures include the traditional Southern Chinese temple, Art Deco, neo-Gothic, Modern and even Chinese Gothic.

It has a number of memorials dedicated to Tsinoy guerrillas and community leaders who fought Japanese forces in World War II.

Non-Chinese are also buried in the cemetery, explained Dy.

Revolutionary hero Apolinario Mabini was originally interred there in 1903, before his remains were transferred to Mausoleo de los Veteranos de la Revolucion at nearby Manila North Cemetery, and finally to his hometown, Tanauan, Batangas, in 1965.