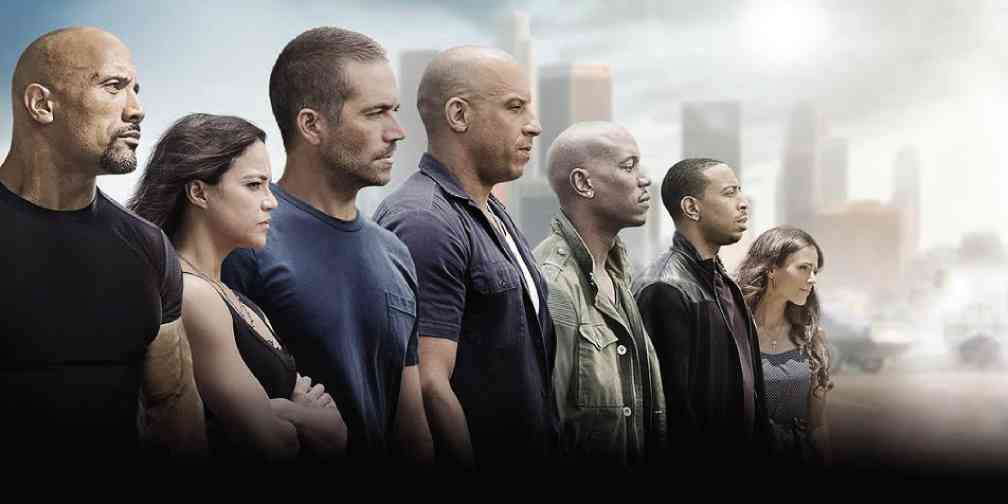 Directed by James Wan, “Furious 7” follows the crew as it makes its return to the States. Dominic (Diesel) tries desperately to reconnect with Letty (Rodriguez), while Brian (Walker) struggles to acclimate to suburban life with Mia (Brewster) and their son, and Tej (Bridges) and Roman (Gibson) celebrate their freedom by living the playboy dream.

But just as soon as they begin to settle down with their new lives, Deckard Shaw (John Statham) seeks revenge against Dominic and his family for the death of his brother.

When Shaw blows up the Dominic’s house, Dominic is led to turn to a high-level government operative (Kurt Russell) for assistance. He discovers that his only hope is secure an ingenious prototype tracking device for the US government, which they will used to locate the Shaw before he can kill again.

With “Furious 7,” the gang is thrown into new situations replete with multiple enemies, just as they face growing pains and ghosts from their past. When it came to the next chapter for Dom and Brian’s journey, returning home to Los Angeles as free men was always the endgame. Acclimating to their new existence, however, would be another matter entirely.

Wan noted that one of the struggles the characters is how to face life different before.

“After fighting so hard to come back home, our heroes finally are able to, but then what they realize is that maybe this isn’t the life for them anymore,” Wan. “The kinds of adventures that they’ve been on have become more of who they are, who they’ve grown into. There’s definitely internal conflict that you’ve now become a stranger in your own home.”

Whether fast or furious, when it comes to the cars used in the Fast series, the formula is simple.

“Cars are like a cowboy’s horse or a Samurai’s sword,” said screenwriter Christ Morgan. “They are an extension of our heroes and representative of their personalities. We always try to maintain that philosophy but accomplish it in a fresh new way with every film. The constant though: Brian will always get the fast car, while Dom always gets the furious car.”