Robinsons Galleria in Cebu will be the chain’s crown jewel | Lifestyle.INQ ❮ ❯ 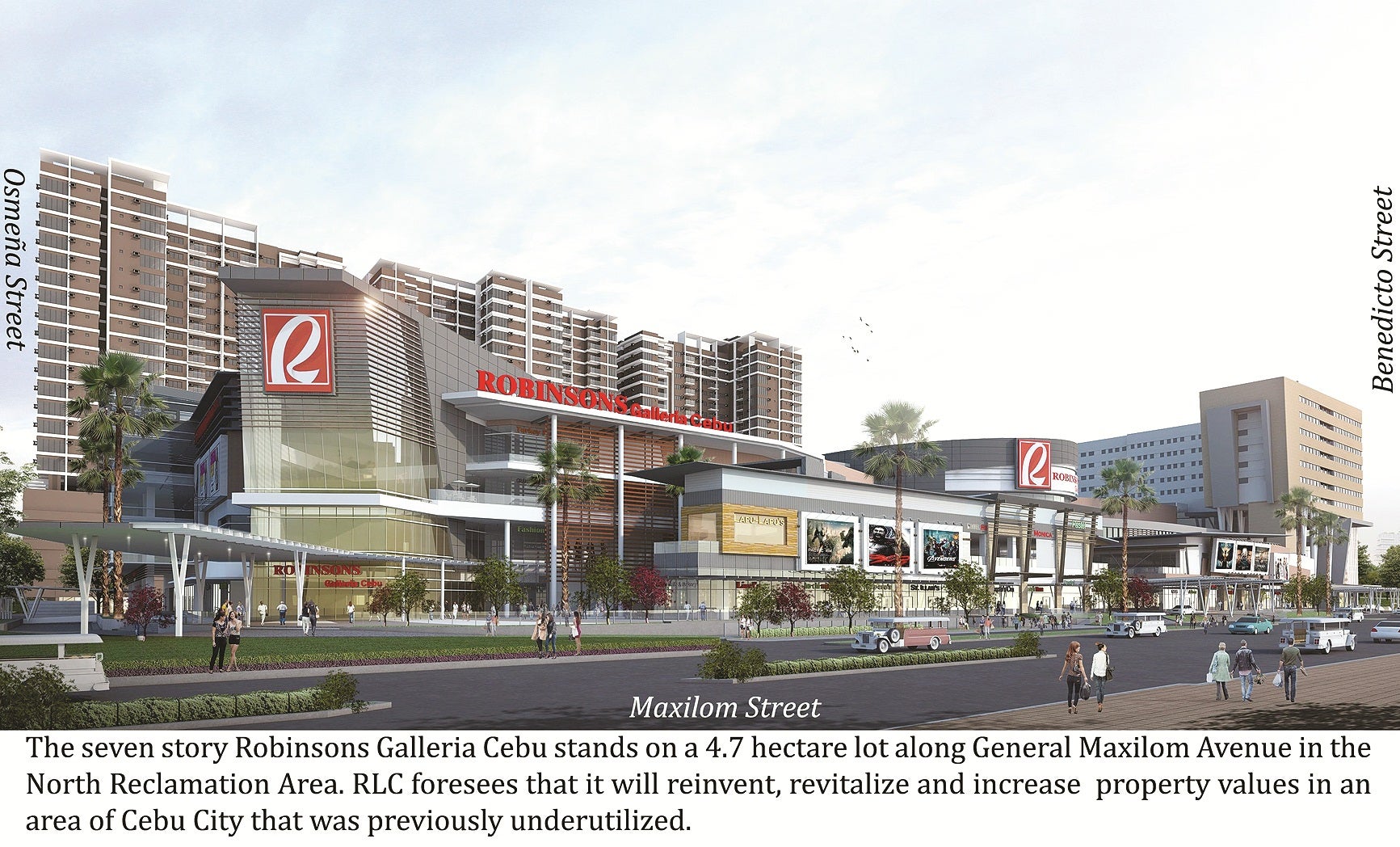 Robinsons Galleria in Cebu will be the chain’s crown jewel

People in Cebu, Cavite, Iloilo, Davao and Antique will soon have more shopping options with the planned opening of five new Robinsons Malls.

Set to open in September is Robinsons Galleria Cebu, only the second Galleria after the mall chain’s flagship in Ortigas Center.

The announcement was made recently at Robinsons’ 2015 National Tenants Conference attended by mall tenants and suppliers.

“Each Robinsons Mall is unique and distinctive,” said general manager Arlene Magtibay, singling out the “interlocking box-like design” of the Gen. Trias branch expected to rise in Cavite in 2016.

The other Robinsons Place branches will be in Jaro in Iloilo; Tagum City in Davao; and Antique.

The biggest project of Robinsons Land Corporation, however, is Robinsons Galleria Cebu that will be a mixed-use development with the second Summit Hotel, two residential condominiums, and two floors designated for business process outsourcing firms.

Minda V. Carpio, senior lease consultant of Robinsons Galleria Cebu, went as far as to describe it as the company’s “crown jewel.”

“Shoppers now expect more from malls. It’s no longer enough to just be a box-type with air-conditioning,” Carpio said.

When it opens at the North Reclamation Area along Gen. Maxilom Ave., Robinsons Galleria Cebu will have covered and exposed areas. It will be accessible to residents in Bohol and nearby islands because they can take the fast ferry, arrive at the port, and just cross the street to the mall.

The mall will follow vernacular or native architecture suited to local environment conditions, and attuned to the needs and habits of the locals.

“The front retail paseo will have a modern take on the ‘village feel’ prevalent in Cebu,” said Magtibay. “The paseos will have indoor and outdoor components. The latter will offer an alfresco experience… but under the shade created by the terraces and balconies above.”

The enclosed portions of the mall are designed to simulate an outdoor street but with air-conditioning.

“We’re also excited because this is the first time that the cinemas will offer butler service. Customers can look forward to being served light refreshments while they are seated on plush reclining seats,” Carpio said.

“The mall’s opening will also be a homecoming of sorts for Mr. John Gokongwei, who is originally from Cebu,” she added.