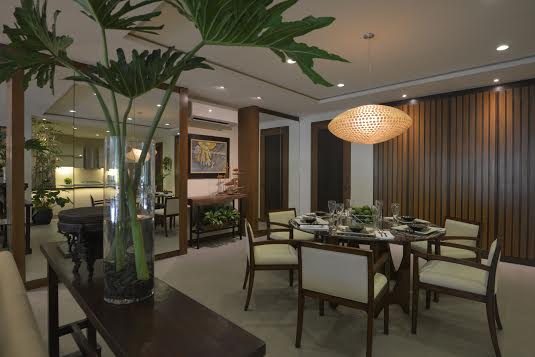 Being the son of one of the country’s renowned architects has its perks, especially if he follows his famous father’s profession.

It may also have its pitfalls, but architect Gelo Mañosa doesn’t see the drawback of having a father like Francisco “Bobby” T. Mañosa. Gelo has never felt the pressure to live up to Bobby’s achievements or surpass them. He respects and admires the work of the elder Mañosa.

“I’m proud and lucky to be his son,” says Gelo. “That’s why I also became an architect. His work is very inspiring. He’s a father and a teacher, and we’ve continued to practice the architecture styles he adheres to.”

“There was no clash in styles. It’s not like they were teaching me different things in school. It seldom contradicted with what I learned from my father. But when I started teaching, I tried to impress upon my students the need to learn more than just drafting. I wanted to teach them to be their own architects, to put up their own architecture firm and not just be employees,” says Gelo.

This was exactly what his dad Bobby did when he and elder brother Manuel established Mañosa & Mañosa in 1953. Bobby Mañosa has long been the champion of Philippine architecture, espousing a style that was unheard of at the time.

He was inspired by the humble bahay kubo (nipa hut), which he said was way ahead of its time in terms of being environment-friendly. He says it has always been the ideal house for the Philippine climate.

As he noted in his book, “Designing Filipino,” the kubo’s “high-pitched roof shed rain and provided ample room for water air to escape.”

At the same time, a soothing breeze is allowed to enter the kubo through the bamboo floor and walls.

By the time Gelo Mañosa became an architect himself, his father had established another firm called Mañosa and Partners. The firm is noted for its distinctly Filipino architecture style and use of indigenous Filipino materials, which it expertly adopted for modern houses and buildings.

Later on, the Mañosas expanded into real estate development when they set up Mañosa Properties Inc. It’s a family affair, with Gelo’s brother, Dino, handling the marketing, and a sister, Bambi, in charge of interior design.

“Mañosa Properties gives us the chance to finally build something in our own way,” says Gelo. “No compromises from clients, no cutting corners. Since we are designing our own projects, we can use the kind of materials we want and utilize the styles we’ve always adhered to.”

Each real estate project of Mañosa Properties has that distinctly Mañosa look, which, of course, is the Filipino look.

“In building a residential neighborhood, we try not to squeeze in too many units just for the sake of profit. This was the problem we always had with clients. They wanted to build as many units as possible to sell more, but in the end, it’s the customer that suffers. Customers are forced to live in cramped homes with little open space. When you build something like that, the architect’s reputation also suffers,” he says.

The property it acquired is vast at 3,027 square meters, but it will consist of just 16 luxury apartments and four four-story villas. This way, the compound doesn’t get too crowded, and there is enough space for privacy. The limited number of units automatically turns this place into an exclusive address.

Following Bobby Mañosa’s signature style, the villas and apartments will be a showcase of Philippine architecture, particularly the bahay na bato (stone house). This style was adopted because, like the bahay kubo, the bahay na bato has design elements that feature green architecture.
“It’s a wrong assumption that the bahay na bato is a Spanish-style house,” says Gelo. “Actually, it’s just another form of bahay kubo, with the same features such as cross ventilation and layout. It’s just that when the Spaniards arrived, they realized that living in a typical Spanish house in the Philippines would be impractical because of the climate we have.

“It would have been too hot to live in, so they adopted the features of the bahay kubo but using two levels, with the first level made of stone. But as with the kubo, only the second floor is used as the living area. The ground floor is used for storage and utilities, or for commercial purposes.”

The look of the apartments and four villas in Campanilla Lane evoke the bahay-na-bato style, but in a minimalist and less ornate way.

Gelo Mañosa’s take on this traditional fashion is elegant and modern, yet textured and spiced with character. With the tasteful design elements of the interiors, the model units of the villas look sumptuous but not ostentatious. Carefully selected stone used for walls as well as bamboo flooring create a contemporary version of the bahay na bato.

But it’s not all about the aesthetics; comfort, convenience and green architecture have also been taken into consideration. The villas feature a similar system of natural ventilation used by the kubo and bahay na bato.

Typically, one would expect a son of a great architect to develop his own style that is far removed from the father’s legacy, just for the sake of being his own person. But Gelo and his two siblings have embraced their father’s approach to designing, and it shows in the way Campanilla Lane was conceptualized.

As it happened, they adopted the bahay- na-bato theme not just for architectural requirements, but for cultural and social purposes as well. It has to do with Filipinos’ close family ties and unity, the Mañosa siblings explain.

As Gelo and Dino put it, the apartments were designed not just for the occupants but for their succeeding generations.

“The bedrooms are huge, the living areas are spacious. In the villas we have two master bedrooms,” they point out. “This means the villas can accommodate two families, in case the older child starts his own family. These villas and apartments are meant to be passed on to the next generations. That’s why we’re building them to last, like the bahay na bato.”

Indeed, this concept echoes what the Mañosas are doing, which is to pass their patriarch’s artistry and vision to the next generation of designers.