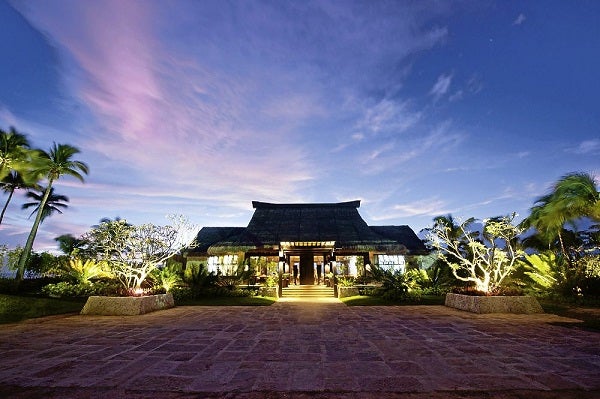 A LAWMAKER on Tuesday slammed the practice of Balesin Island Club, an exclusive luxury resort in Polillo, Quezon, which gives a special meal for nannies upon the request of its members.

Akbayan Representative Ibarra Gutierrez III said that the “yaya meal” at the resort underscores the prevailing inequality between the rich and the poor in the country.

“Balesin’s yaya meals highlight deep-seated nature of economic inequality and the disparity of opportunities for the haves and the have-nots in the country,” said Gutierrez in a statement.

The resort drew flak from netizens after former Binibining Pilipinas-World and fashion designer Maggie Wilson-Consunji vented her disappointment on the “yaya meal” on her Facebook April 4.

The lawmaker said that even the act of calling the special meal for nannies as a “yaya meal” is an “appalling and offensive display of discrimination considering the income and wealth inequality that continue to grip our country.”

The management of Balesin has released an official statement on the issue on Monday, saying that it does not tolerate discrimination and that the “yaya meal” is served only upon request of its members.

However, Gutierrez said that the practice of serving “yaya meal” in the resort is “tasteless.”

“Whether the act was done to discriminate intentionally or not, this tasteless practice and similar acts that engender differential treatments based on social status need to be stopped. We also urge zero-tolerance from the public to these kinds of practices,” he said.

In light of the controversial issue, the Akbayan representative urged Congress to enact its proposed anti-discrimination bill, which seeks to eliminate all forms of discriminatory practices against marginalized sectors based on factors such as sex, age, gender and socioeconomic status.

The proposed measure by Akbayan is House Bill 4488 or the “Equal Opportunity Bill.”

“We seek the support of Congress and the public to ensure the enactment of the bill, which is imperative in creating ‘equal opportunities’ for every individual, regardless of how the person looks, what he or she does in life or what group or identity the person ascribes to himself or herself,” the solon said. AC