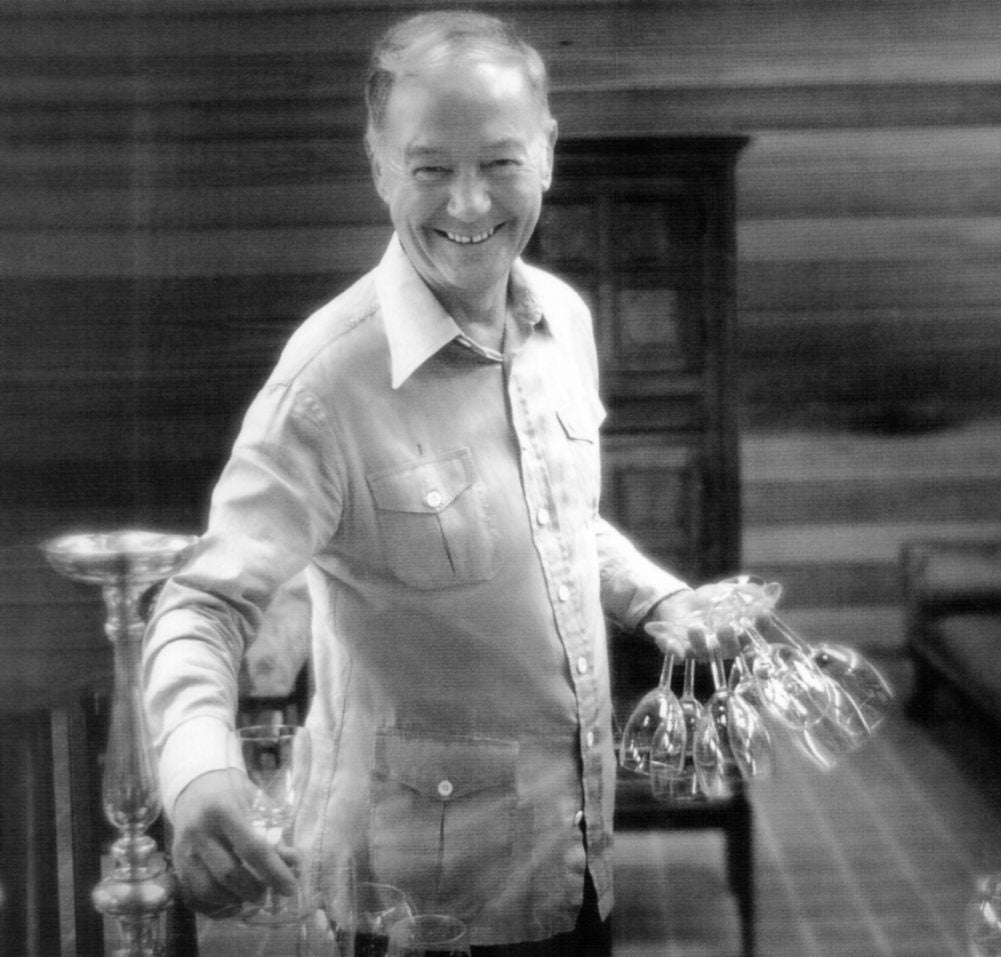 Craig Claiborne is a name familiar to food writers. He was New York Times food editor for 29 years. He broke the tradition of having only women as editors of a newspaper’s lifestyle section, and subsequently changed the New York dining scene.

Thomas McNamee’s biography of the American legend takes it further: Claiborne was “The Man Who Changed the Way We Eat.”

To many of us, Claiborne demonstrated how to write about food.

For restaurant reviews, he made it his policy to eat in a place at least three times, and paid for his meals (with an expense account from his paper).

What gave him the wherewithal was his ability to write, of course. But that he also studied in a culinary school in Switzerland gave him the basics on what good service is, the proper way to cook food, and which are the best wines to go with the food.

He kitchen-tested the recipes he published.

Testing was made in Claiborne’s own kitchen. With French chef Pierre Franey cooking, Claiborne took down the procedures on his typewriter, putting into words what Franey was executing. The prodigious output of those recipes led to several books.

He showed Americans good cooking. He introduced his readers to the best French chefs—Roger Vergé, Paul Bocuse, Alain Ducasse, Jean Troisgros and Gaston Lenôtre and the young Jacques Pépin. He promoted them because he believed in nouvelle cuisine.
He also discovered good American chefs like Paul Prudhomme of Louisiana and his Creole cuisine, and Alice Waters with her breakthrough Chez Panisse restaurant in Berkeley, California.

Home cooks weren’t left behind; he helped thrust into the limelight Madhur Jaffrey for Indian, Marcella Hazan for Italian, and Virginia Lee for Chinese cuisine.

What made us want to know more about Claiborne was a story, “The Cook, Her Son, and a Secret,” by Maya Angelou in Gourmet magazine.

She wrote about her group that met every month, where a member had to cook dinner. Only one of them, Bebe from Uruguay, never volunteered because she said she didn’t cook and was too busy raising her teenage son.

When Bebe finally said she wanted to host, everyone in the group wondered how she could pull it off.

The day came and the group was treated to sophisticated food—gazpacho for starters, and, most difficult for a novice cook, beef Wellington for main dish, with different sidings.

Bebe related how she called Claiborne, told him she was the wife of the Uruguay ambassador, and that she had to prepare dinner but her cook walked out. Claiborne kept the phone open and gave her step-by-step instructions.

I heard about Claiborne’s encounter with Filipino food through Reynaldo Alejandro, editor of many books including “The Adobo Book” with Nancy Reyes (Anvil Publishing, Manila, 2004).
I had to Google the article, and there it was, “The Varied Surprises of Filipino Food” (New York Times, May 9, 1981).

Claiborne said his first and last taste of Filipino food was when his navy ship docked in the country in 1951. It was lumpia, “crackling and crisp on the outside and stuffed with an assortment of good things like shrimp, pork and peanuts.”

While cooking, Alejandro briefed Claiborne about the nuances of Filipino cooking.

Claiborne must have written that piece after he came out of retirement, when he published a food newsletter with Franey called “Craig Claiborne Journal.”
It was paid content, but the venture failed because people were not used to the idea of paying extra for a food journal.

Claiborne then went back to work in The New York Times until his death at age 79.