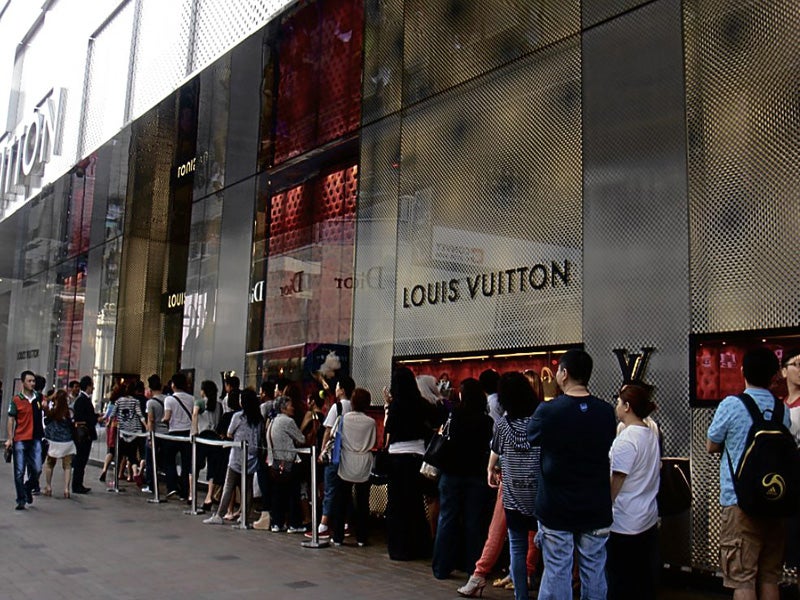 Louboutin, Lanvin up to 70% off – it’s HK’s fabled sale season 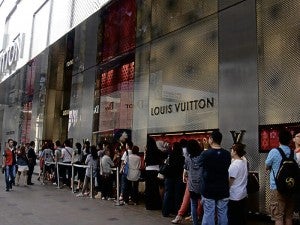 Imagine this: Leopard-print Louboutin lace-up booties at 60-percent discount; a black asymmetric wool dress from Lanvin’s Fall-Winter 2010 RTW collection at 40-percent  off; a lacey bondage dress from the British label Preen’s Spring-Summer RTW 2010 collection marked down to 70-percent off the full price.

It’s a secret we almost want to keep to ourselves: When in Hong Kong, you needn’t pay full price for designer goods. That’s if you don’t mind shopping for off-season collections.

If you know where to go, you can satiate your designer dreams without digging yourself deep in plastic debt. We’re willing to bet the savviest fashionistas here are already hitting the HK outlets for their Alexander McQueens – though we suspect they probably wouldn’t admit it. So if you want the seriously good stuff like they do, you might want to skip H&amp;M on your next trip and, instead, head out to the outlets.

In the south part of HK, in Ap Lei Chau, is Horizon Plaza (2 Lee Wing St., Ap Lei Chau; tel. 852-25549089), a 28-story industrial building that houses the outlet shops of the high-end department store Lane Crawford and equally upscale Joyce Boutique, among others.

Horizon Plaza is in a residential complex, accessible by bus or cab from Central. That it can’t be accessed by train has dissuaded many tourists who have heard of it – including us in the past – such that shoppers here are mostly locals. But going there, we learned on a trip last week, is actually quite easy and fast. And your efforts will be justly rewarded.

From Exchange Square in Central (Connaught Road), take the 590 bus to Ap Lei Chau (fare is HK$6.90). The scenic ride takes 20-30 minutes. Get off on the last stop. From the terminal, take a five-minute cab ride (HK$18) to Horizon Plaza. (We learned belatedly that there’s a shuttle from the bus terminal to Horizon Plaza, so be on the lookout for it.)

At the reception, ask for a copy of the shopping guide so you know which floors to hit. It has outlets for fashion, furniture and home accessories, kitchenware, toys and baby items, food and wines, and even an excellent pet supplies shop. (There are cafés in the building if you get hungry.)

Business hours are 10 a.m.-6 p.m. Note, though, that some shops are closed on certain days, so you may want to check before going.

When you’re off to an outlet-shopping marathon, be mindful to dress comfortably: Wear clothes that are easy to slip on and off if you want to try on clothes, and footwear that is comfy but just as easy to remove when you’re trying on shoes.

We suggest you work your way down, beginning on the 27th floor, where you’ll find the warehouse of Club Monaco, Juicy Couture, Marni, Diesel, the Max Mara Fashion Group. The elevators are kind of slow, so you may want to take the stairs if you’re going only one or two floors down.

The frenzied shopping in other parts of HK is quite a contrast to the atmosphere here. On our visit last Thursday, we bumped into just a few European and mainland Chinese shoppers, so the shops are pretty quiet, the sales staff friendly and helpful.

It’s hard not to lose your head on the 25th floor, the vast Lane Crawford warehouse, which has last-season collections of every designer of note up to 70-percent off (up to 90-percent off for older collections). Even as we swore we were there just to do “research” for this article, it was hard to say no, for instance, to La Perla bras marked down from HK$1,500 (about P8,400) to HK$100 (P560).

Friends curious about our trip wanted to know of the bag selection. Sadly, it was slim pickings at Lane Crawford, but the footwear shelves were something else: Givenchy knee-high boots, lacey Louboutins, Sergio Rossi stilettos, all neatly sorted according to size. (Since this is an outlet shop, don’t expect, though, to find your size in all your style picks.)

If you haven’t blown your budget yet at this point, make your way down to the 21st floor for Joyce Boutique, smaller than Lane Crawford but with a selection that’s just as impressive. It has Balenciaga, Azzedine Alaia, Balmain, Comme des Garcons, Jil Sander, among others. The menswear racks and shoes are also worth a look-see. Right above, on the 22nd floor, is the Armani outlet.

If you like your Jimmy Choos, head for Bluebell Fashion on the 19th floor, which has shoes and purses from the label, as well as racks and racks of Paul Smith and Moschino. Next door, at Fairton Label Fashion Warehouse, is a mix of Jean Paul Gaultier, Lancel, Seven, Kookai.

On the fifth is the outlet of the I.T boutique chain, which sells avant-garde designers like Martin Margiela, Tsumori Sato, Yohji Yamamoto, Ann Demeulemeester. The footwear bargains are just as astounding: Jeffrey Campbell leopard-print wedge booties at HK$300, for instance. Don’t make the mistake of skipping on a purchase even as you’re also headed to the I.T Sale Shop in Tsim Sha Tsui (3/F, Silvercord Building, across Harbour City on Canton Road); we discovered the stocks are different in every shop.

Before heading back to Central, check out Space Warehouse (2/F, South Horizon Plaza, East Wing) near the bus terminal. It’s the outlet shop of Prada and Miu Miu. There’s a big Prada sign, so you won’t miss it.

HK sale season takes off next month, but shopping in this retail capital is as good any time of year. Cathay Pacific Airways, which sponsored our trip, has fantastic packages for June to August that would save you a lot of outlet-shopping moolah.

This early, HK now has throngs of shopping tourists. While Horizon Plaza had a smattering of shoppers on our visit, there were long queues outside the Chanel and Louis Vuitton boutiques in Harbour City, HK’s largest shopping mall, later that same day.

“It’s always good to come shopping in late June to August and November to January because it’s on sale everywhere, including the prestigious department stores like Lane Crawford, Joyce and Harvey Nichols. You can catch up to 80-percent off on brands such as Miu Miu, Givenchy, Alexander McQueen,” says Katie Kwok, a HK local and fashion and beauty channel editor of BackZtage.com.

“[They’re] a pretty good offer if you don’t mind off-season products. Do pick the classic items if you want to carry it for long,” she adds.

Kwok also suggests Citygate Outlets in Lantau (Tung Chung Station on the MTR; www.citygateoutlets.com.hk), an outlet mall near the airport that Filipinos may be more familiar with.

“They have all the brands like Burberry, Timberland, Coach, Ralph Lauren and more,” she says.

Eldon Chim, a freelance writer and former fashion editor of Esquire Hong Kong and Men’s Uno, also suggests Citygate as a good place to shop designer at discounted prices. Diane Von Furstenberg, Escada, Calvin Klein and Vivienne Tam all have their outlets in this mall.

“For a discount place, Citygate Outlets are getting popular,” he said. “I would say it’s very well stocked. My personal favorites are Brooks Brothers and A.testoni. I find some great things from the Black Fleece line at the former and there’s an extra discount if you buy two pairs for more at the latter.”

If you’re in the city for a limited period, you must strategize to cover more ground. Citygate may be a good final stop, as Kwok suggests: “This is good for last-minute shopping since it’s just minutes away from the airport.”

But if you have the budget, Chim suggests three shops in Causeway Bay. “For something more high-end, I would suggest the newly opened I.T store on Leighton Road.”

He adds: “For something unconventional, Pink Martini on Yiu Wah Street, and Linger on Pak Sha Road. Both stores are owned by some famous fashion stylists and they offer a great selection from sweet girlie style to tasteful chic.”

Whatever floats your boat, as they say. And for many of us, that only means one thing: a good bargain. Indulge your Balenciaga tastes on an H&amp;M budget? Okay, that maybe pushing it, but it doesn’t mean you can’t try.