Sean O'Pry in the Philippines: "I don't know how I'm ever going to leave" | Inquirer Lifestyle ❮ ❯ 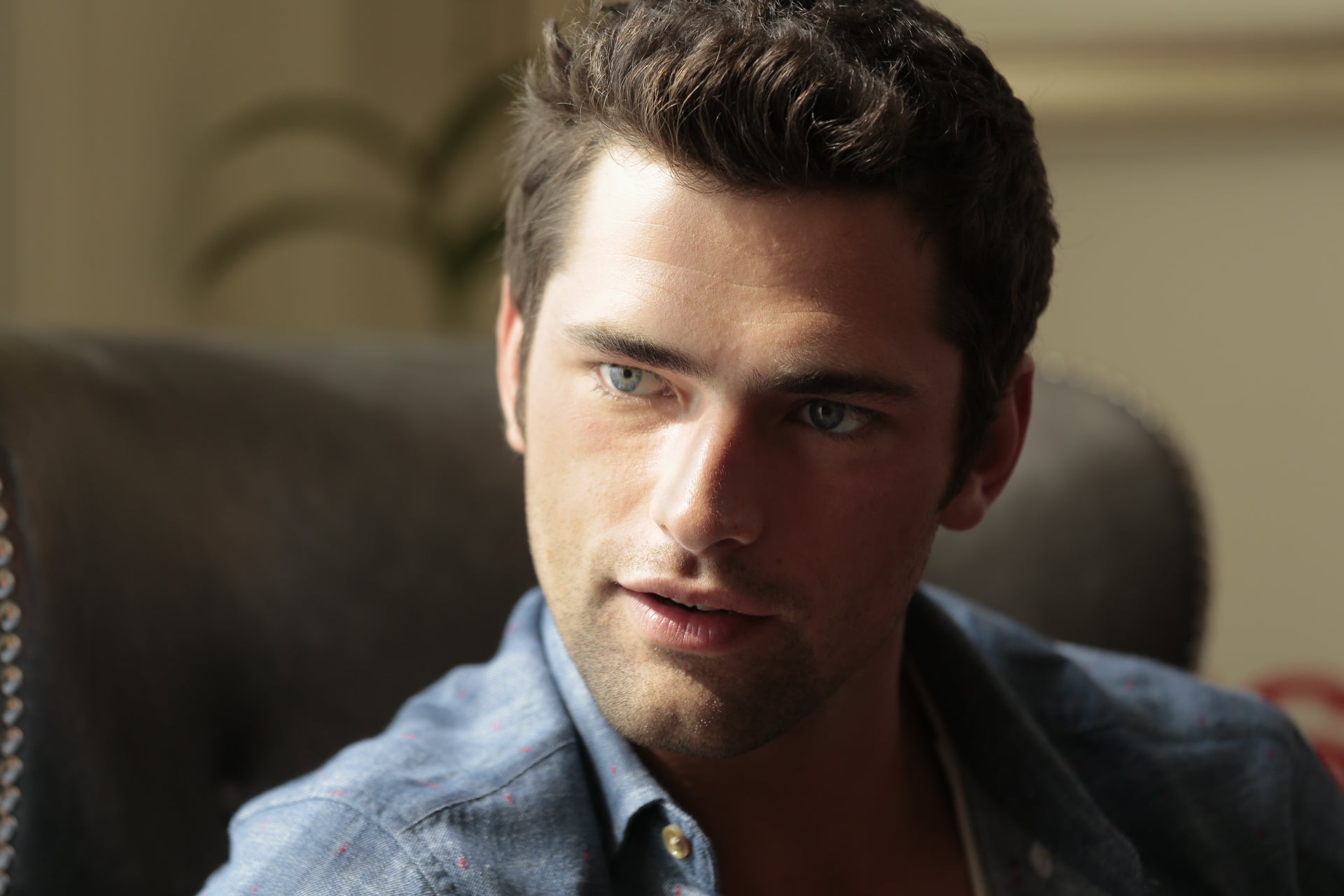 Sean O’Pry in the Philippines: “I don’t know how I’m ever going to leave”

“Be nice, be nice,” Sean O’Pry said as members of the media got ready to ask questions at his Penshoppe press conference at Fairmont Hotel.

The clothing brand flew in the world’s most successful male model (and Taylor Swift’s ‘Blank Space’ guy) to introduce him as their newest ambassador.

Sean, who has appeared on the runways of Hermes, Yves Saint Laurent, Bottega Veneta, Giorgio Armani, Banana Republic and Hugo Boss and who has landed campaigns for Giorgio Armani, Calvin Klein, Ralph Lauren, Salvatore Ferragamo, Cartier, DKNY, Lacoste and Versace, shot his campaign for Penshoppe in Los Angeles last December, wearing pieces from the brand’s spring and summer collections, which he loved. “There was this one sweater that was yellow and blue and gray, it was such an incredible piece. Their whole collections—you can go from just chilling at the house and going out at night. They have such a wide array of selections,” Sean said.

‘Most beautiful place in the world’

Sean arrived in the Philippines on April 7 and went straight to Palawan for a few days of fun. “I went to El Nido. It was incredible. I hope all of you have been there because it’s one of the most beautiful places in the world. I kayaked very badly, I went fishing, I hiked, I swam a lot. I did avoid jellyfish successfully.”

He’s been relishing his first visit to the country. “You learn it in school but you never get to see the actual culture and taste the food and meet the people. When I arrived off the plane, it was right off the bat, we got whisked away to El Nido and you just meet the nicest people. This is one of the most hospitable cultures in the world and I’m just so thankful to the Liu family and Penshoppe that brought me here. It’s such a good experience…  To feel the warmth of the people and see the beauty in their smiles and be a part of that culture, I don’t know how I’m ever going to leave.”

He flew from Palawan to Manila on Friday, just in time for his press interviews and press conference. Those who were expecting to meet a silent, brooding model were in for a surprise. Sean was energetic, funny and so down-to-earth. “This is crazy. All you great people are here to hear me on a mic, I have no idea what to say. After I get out of here, I’m gonna have a glass of wine and take a deep breath. ”

He had no reason to be. He won the press conference again and again (and not just because he left the stage to say hello, shake hands and take selfies with everyone in the room). Here were some of our favorite moments:

On possibly appearing in the new Zoolander film: “Would I say yes? I’m not really sure. It’s one of the most hilarious movies I’ve ever seen. And it’s true, I get into gasoline fights all the time and I drink Orange Mocha Frappuccinos all the time.”

On the secret to success: “I think the key to success is just being yourself. And if other people don’t like that, then, truthfully, screw ‘em.”

On the lack of selfies on his Instagram account: “I’m just really fortunate that people wanna see what my daily life is like. And sorry for all the cloud pictures and sunsets and pictures of water. I will try and do better. But if you’re asking me to post more selfies, you are crazy. I’m not gonna do that. I will do selfies with each and everyone of you but I’m not gonna post more selfies of myself. You’re just going to get more clouds and more water and more sunsets. And steak, definitely steak. Sorry to disappoint you.”

On what he does when he needs a confidence boost: “I fall back on my family and my friends, I surround myself with love and that love makes me confident. Without that, I don’t think I could have ever gotten here or ever met the incredible people that I have. I’m just very fortunate that I do have that grounding around me, that love.”

On choosing between Madonna and Taylor Swift: “I’d say I’m not gonna answer that question to be politically correct. But both of them.”

His trick for the perfect smoldering eyes: “I guess just look above your eyebrows.”

On fellow Penshoppe ambassador Ian Somerhalder (who also has the perfect smoldering eyes, according to one reporter): “Ian’s way too handsome for his own good.”

On what he’d like to do if he wasn’t a model: “I don’t know what my fallback career would be. My grandfather said one thing. I said, “Papa, what would you like to be remembered as?” And he said, “A good and fair man.” I think that’s what I’d like to be remembered as. As long as I’m a good man, respected by the people around me, I’d be happy. That would be enough for me.“

When he started planning a hypothetical “chill barbecue party” with a reporter: “What kind of steak am I cooking? T-bone? We have to appeal to the crowd. I am sending the invite but they don’t have to take it if I’m cooking a t-bone and they’re a New York strip kind of guy.”

When they started arguing over the hypothetical barbecue’s guest list: “Bob Marley, obviously, he’d be there, he’s super chill… You’d invite Taylor? That changes our whole environment… Let’s invite Kate but then you’d have William, he has to come… Brad and Angelina? No, stop, that’s too obvious… Humphrey Bogart, we need a deep raspy voice. And then, Sammy Davis Jr. I feel like he’d be fun.”

When a reporter asked him “Are you always like this?”: “Well, the answer is yes.”

On rating Taylor Swift’s kissing abilities: “Is she dating someone now? Ask Calvin.”

Sean will be meeting his fans and headlining Penshoppe’s Denimlab fashion show at SMX Convention Center on April 11. Check out the April 17 issue of Inquirer Super for a bigger dose of Sean.