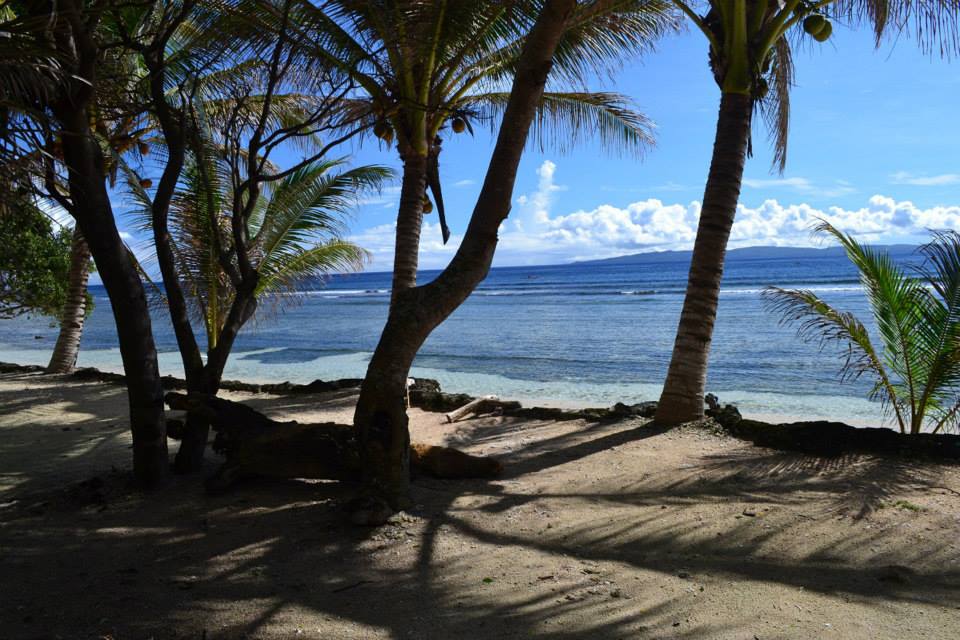 The trip is a little long: Five hours by land and an hour’s boat ride.

But it is worth it.

It is because Capul Island, at the northwestern tip of Northern Samar, has a postcard-pretty view.

The residents are also friendly.

Travel writer Wilmark Amazona said the people of Capul were different from people in the many other places he had visited because they were warm and tourist-friendly.

“You can feel their warmth as you step on their shores and this is very good for tourism,” Amazona said.

Capul is a fifth-class municipality with an annual income of not more than P25 million.

Many tourists and scholars are fascinated by the dialect on the island, “Inabaknon,” which is spoken by most of its 12,680 residents.

Inabaknon is one of the eight unique dialects in the Philippines, according to the Summer Institute of Linguistics. It is similar to Badjao in Mindanao and Sama in Malaysia.

But, of course, Capuleños can speak Waray-Waray and Cebuano, the vernaculars on neighboring islands.

Habal-habal (a motorcycle provided with wooden wings for passengers) is the only means of transportation on the island.

Capul has countless white-sand beaches open to visitors. Tourists can even pitch tents on the beaches.

One of the most popular is Abak Beach, regarded by some travel bloggers as one of the best in the country because of its powdery white sand, clear water and trees that provide shade to visitors.

For accommodations, there is Capul Island Beach Resort, which charges P1,000 per room per night.

There are also small lodges and residences that offer rooms for P200 a night.

Capul has one of the few remaining stone churches in the country, the Church of St. Ignatius of Loyola. Located in the town plaza, the church was declared a historical site by the National Heritage Commission of the Philippines (NHCP) on Aug. 5, 2011.

Capul’s history goes that in the 13th century, the followers of King Abak of Java, Indonesia, reached an island of about 3,500 square kilometers that bordered the western end of the treacherous waters of San Bernardino Strait. They named the island Abak in honor of their king.

But when the Spaniards arrived on the island in the 1590s, they renamed it Capul, a contraction of Acapulco, the Mexican trading post linked to Manila by galleons for trade that flourished for 250 years. The sailors would get from the island abaca ropes for their galleons and beeswax for candles, according to Msgr. Gaspar Balerite, the historian of the Diocese of Northern Samar.

When Fr. Francisco Petrus was assigned to the island in 1606, he built the first church there using hardwood and nipa. The church was reduced to ashes by Moro pirates who raided and pillaged the island in 1615.

In the same year and on the same site, a permanent church was erected. This time, stone was used to build the church and a stonewall fortress similar to the walls of Intramuros in Manila was built to protect the island’s residents from Moro raiders.

The church has an 11-meter-high belfry and a stone watch tower. There are three holes just above the base of the belfry through which guards could shoot the enemies when they got near the church.

“Capul Island is a national treasure we can promote for its rich culture and historical heritage and as an ecotourism destination,” said Capul Mayor Isidro Suan Bandal said.

Another attraction in Capul is the lighthouse called Faro de Isla Capul (the Lighthouse of Capul) in San Luis village.

Called parola by the residents, the lighthouse is located at the northern tip of the island, which has an elevation of 43 meters above sea level.

The lighthouse has served as beacon and guidepost for vessels since the Spaniards built it in the 1800s. In 2012, the NHCP declared the lighthouse a historical site.

From the lighthouse, visitors can enjoy mesmerizing views of the San Bernardino Strait with its blue-green waters. On the left side, the view is that of a long stretch of white-sand beach and on the right, green meadows.

Below the lighthouse is what the islanders call Bigfoot, a small, rock-rimmed pool shaped like a footprint.

As the sun sets, Capul looks like a postcard-picture of an island paradise. The lone talisay tree on the meadow down the lighthouse provides accent to the last golden rays of the sun that is slowly sinking into the horizon.

There are other destinations on the island, among them the cave in Sawang village called Beto. It is easily accessible from the downtown area.

There is also the Timon-Timon Rock Formation, which, as its name suggests, is shaped like a rudder.

Tourists can also visit the three foxholes used by the residents as bomb shelters during World War II.

To get to Capul, one has to be patient.

One way is to get to Tacloban City in Leyte where vans to Allen town, Northern Samar, are available every hour from 5 a.m. onward for P350 per person.

From Allen, there is a boat bound for Capul that leaves at noon. The fare is P150. The trip is operated only once daily. The boat leaves Capul at 6:45 a.m. every day.

Tourists can hire a boat for P3,000, depending on the number of passengers.

For those coming from Manila, one alternative is to take a plane to Catarman, Northern Samar, where they can take a jeep to Allen.

Tourists can take a flight to Calbayog City from Manila. From Calbayog, they can take a van to Allen, which is about two hours away.

Whichever route you choose, one thing is certain: Capul is worth the effort.

Against all odds, Northern Samar rises as ecotourism wonder