Pia Wurtzbach, Aquino talk about ‘anything under the sun’ | Inquirer Lifestyle ❮ ❯ 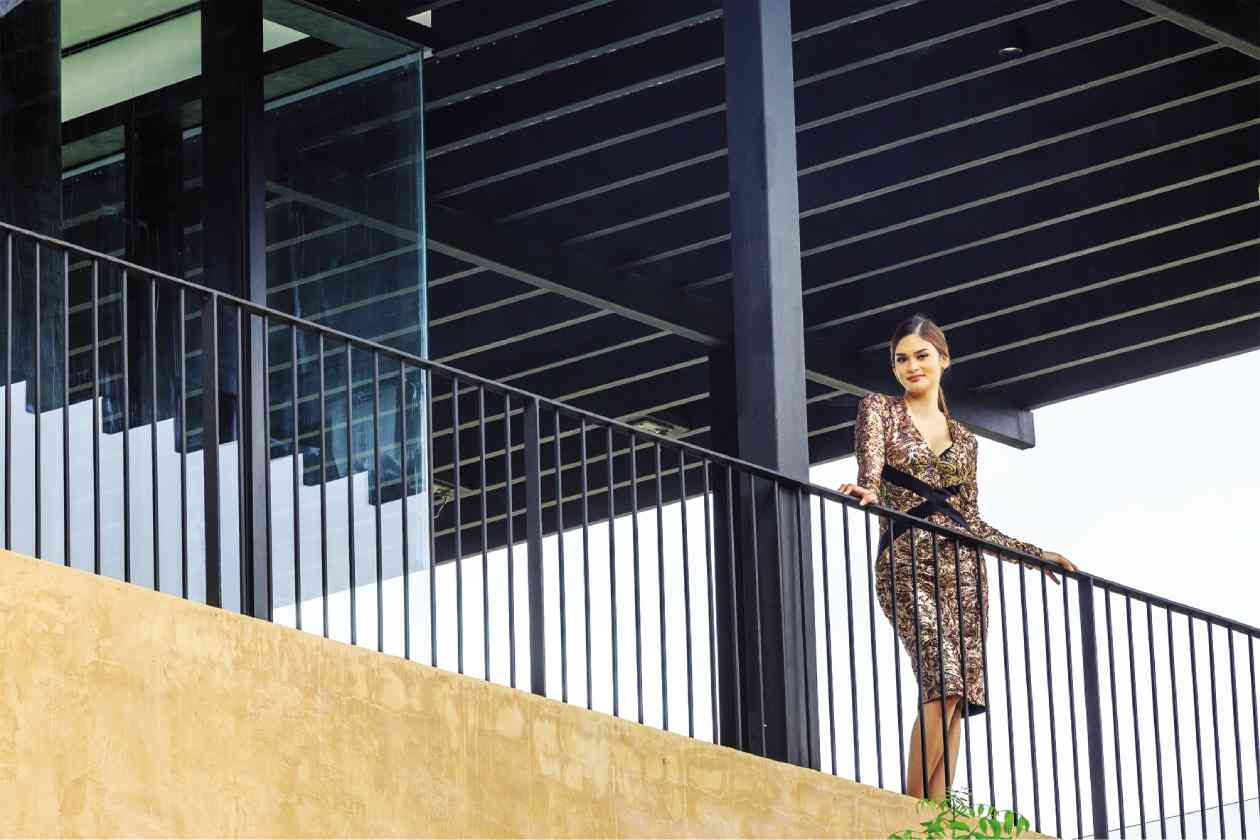 PATTERNS and reflections on glass serve as frame for Pia in a fully-sequinned Roberto Cavalli at Amorita Resort. PJENRIQUEZ

Pia Wurtzbach, Aquino talk about ‘anything under the sun’

Inquirer Lifestyle recently swept Pia Alonzo Wurtzbach off to Bohol for a glorious summer shoot (and a much-needed break).

“That Bohol trip was my first chance to rest after the pageant,” she said.

Back from Bohol, she sat down with us for this interview.

Is it true that you’re dating the President?

No. 1, his No. 1 priority really is his love for the country. I’ve noticed this because even when we’re talking casually, we’re still talking about the Philippines. (laughs)

That’s how you know he’s passionate about it, because even when he’s resting, he’s still talking about it. And that’s good, that’s very good.

And you don’t feel intimidated when he’s around. He’s very approachable. He’s always smiling. Or maybe that’s just me. Also, he’s ready to answer any question you throw at him.

Does he watch pageants?

Has he said anything about you competing?

Funny, after the pageant, we talked about my Q&A for a bit. And then he said he would have expounded on the answer a bit more.

Sabi ko, “You didn’t like my answer?” And he said, “It’s not that I didn’t like your answer, it’s just that…” Then sabi ko, “How would you have answered it?” Then he started answering and he starts saying this speech with words na napakalalim. It kinda sounded like a speech he would say at a UN conference.

And I said, “Nobody’s going to understand…” And he said, “Well, you’re asking me what my answer would be and I’m telling you my answer. As the President, this would be my answer. Kung tinanong mo ako as a beauty contestant, iba yung magiging sagot ko.”

Kris Aquino interviewed you about her brother. Was that crazy?

READ: Pres. Aquino to Kris: Be nice to Pia Wurtzbach

Well, I was caught off-guard. Yung “The Buzz” ba ’to? What they did was they dimmed the lights and they started playing this parang heartbeat na background. Parang, “Oh no! This is the Q&A all over again!” (laughs) But she was very nice. It wasn’t actually that difficult… I don’t find it difficult to answer questions like that because I’m always truthful naman. I don’t really have anything to hide. And she was nice to me and that also helped a lot.

But do you guys have the time to actually go out?

But given the chance to go out with him, what would you like to do?

He knows about the diet naman… Really, what I like about him is we can talk about anything under the sun. We always have good conversations.

The Lifestyle shoot was a welcome break for Pia.

“It was the only time I got to sleep for a full eight hours. We were there for five days, work for two days and the rest, relax na.”