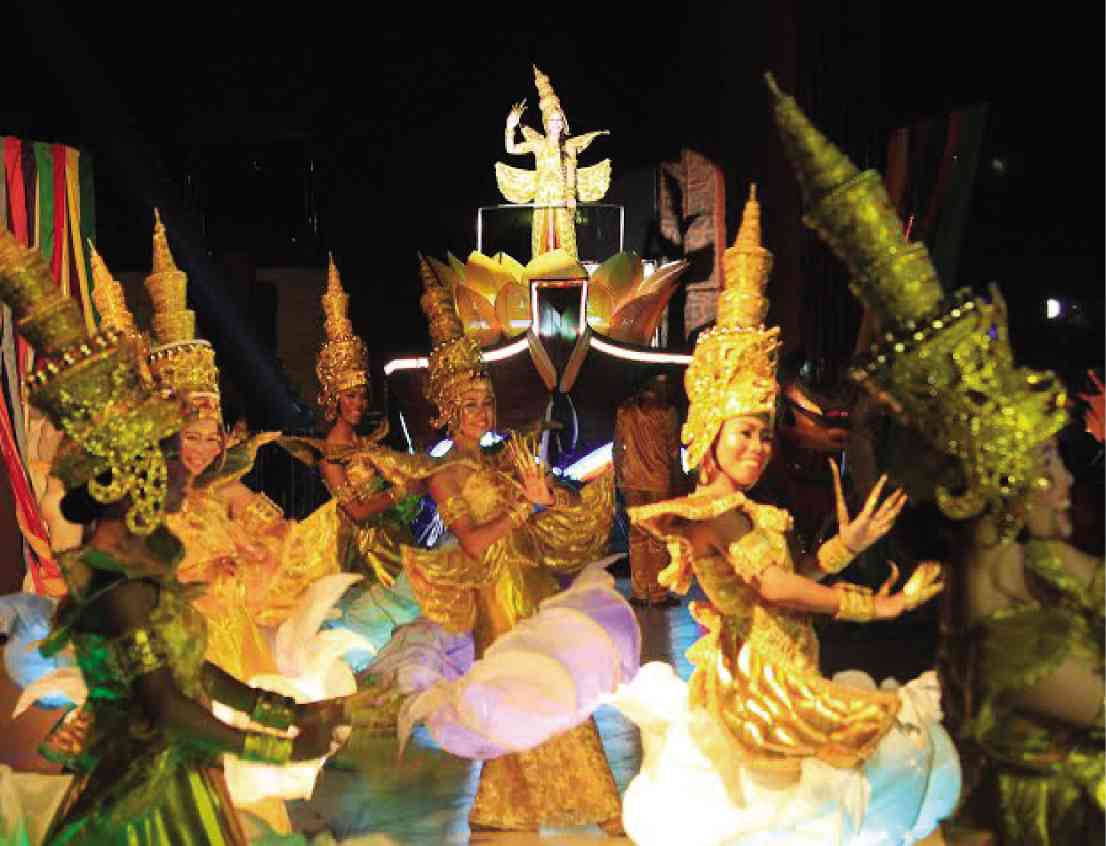 Gloria’s Fantasyland in Zamboanga del Norte, the first amusement park in Visayas and Mindanao, showcases the cultures of the world in its evening parade, “Festival of Colors.”

The festival is a pageantry of extravagant costumes from different countries interpreted and designed by Filipino scenographer Rolando de Leon. Director is Joey Nombres. The parade starts at 10 p.m. daily.

“We want to draw tourists not only in the Philippines but also from nearby countries,” said Peter Macrohon, entertainment director of Gloria’s Fantasyland. “The festival shows that Filipinos can offer something grand for our visitors.”

The parade features the countries such as Thailand, Brazil, China and the Philippines. Junrey Balawing, former Guiness Book of World Records titleholder for being the smallest man, is part of the parade.

Aside from the Festival of Colors, Gloria’s Fantasyland also features a dance show titled “Joie de Vivre,” a French expression that means “enjoyment of life.” The performance, inspired from Cirque du Soleil, is a dance interpretation of different elements of the Earth.